At what rank do y’all think a player can “guess” where the kosumi is, if they are told for example a kosumi was played? I guess it depends on the stage of the game and if it was a proper move or not, but I’d like to here some thoughts.

This is begging for a programmer to write a quick script that goes through pro games, extracts all positions in which a kosumi was played, and generates a quizz asking the user “White to play. Which kosumi was played?”

Actually, I was wondering if it would be worth a forum game…

Which kosumi did Black play? 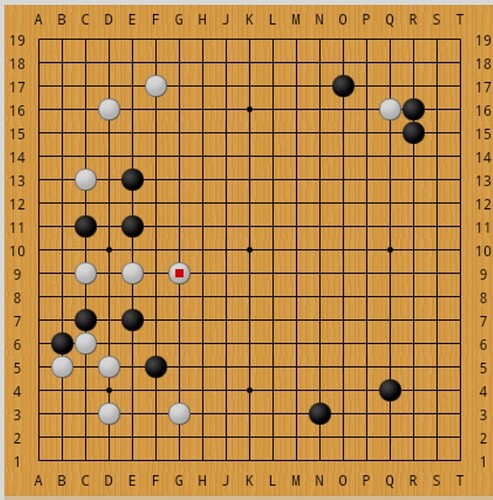 Maybe the question wasn’t clear. Black played a move which forms a kosumi with one of the black stones already on the board.

For some reason I read kosumi and understood keima

Your move makes sense but it’s not the game move.

Does a tiger mouth count as a kosumi?

But I have no real clue or reason…

Your answer is not a kosumi. Did you have another intersection in mind?

Oops, don’t know how that happened but I am on my phone and a beer down… Edited!

LOL this game has gotten three out of three moves that are not the asked move: one misunderstanding, one variation and a typo. Ogf’s finest at work

I’ll give the answer, it’s really not obvious.

F8 and F10 have both the same problem to weaken the group on the other side, so i wont play any of them unless i feel one to be necessary or/and i know what i m doing (have a precise aim, and have an idea on how i will manage the other side) 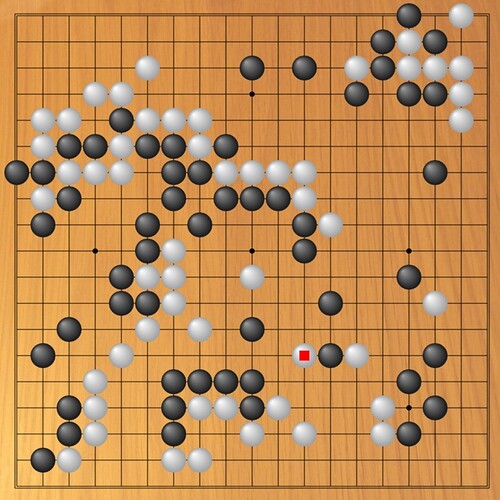 Many kosumi were played in that game. Black to play a kosumi again.

It would be easier if your board had coordinates.

. I think the coordinates are called for too.