Have you met any players who are beyond help?

Unless you mean some dystopian 5-dimension universe, you’re mean.

Everyone gets stuck somewhere don’t they? So what exactly does “beyond help” mean?

For me, “beyond help” means a player that is held down by his or her attitude, in the sense that the player will ask for help but not use or benefit from the advice. For me it is distinctly different from a player that do not progress anymore by lack of time or interest or good teaching. I like the description by @Kaworu_Nagisa above.

Some example symptoms are:

I remember receiving a commentary by a 3-4d player and being in disbelief that the sequence was showing me was better than the game. He said “Are you not convinced?”, and my answer “Not yet, but I’m trying”. I’m not saying to take advice blindly, but sometimes (especially for shape and opening) you should accept that you will not get a full mathematical understanding and give some trust to the strong player.

I think there are at least a few kinds of “beyond help”.

One is the benign, almost irrelevant kind of “beyond help” that I mentioned earlier: a person who is unable to proceed even with teaching, but they are happy where they are. They may or may not take lessons or try to learn, but their current ability is not letting them improve in skill, but it’s not an “attitude” thing. They enjoy playing, and try to apply what they learn, it just doesn’t progress them yet.

It’s irrelevant because it doesn’t really matter - these people are enjoying playing at their level.

Then there are people who really have a bad attitude, which is in the way of them learning. They are beyond help because of their attitude, and very likely their attitude is one where they are not really enjoying the game … these seem to go hand in hand.

This somewhat matters because bad attitude rubs off and can bring people down. Therefore we steer away from these people

I am usually a negative person, so for me sometimes I almost joke about myself doing something badly because it doesn’t sound as bad to me so it doesn’t bring it down. It is one of the reasons I put a smiley face when I comment that I did something bad or stupid in a game. I feel that if I point out myself doing something negative, it will bring down my spirits, and my opponent probably didn’t want me saying that in the first place. I feel that my opponent will take the comment differently and in a better way if I put the smiley face. I try and not bring my opponent’s attitude down with my negative comments with myself. I hope it actually works and doesn’t annoy the person:)

Maybe it’s their teammates’ fault. They have to do all the work and then after the game they see chat messages from their opponent’s teammates helping out. Where was the gank in the lower left large avalanche when you needed it!?? They’d be Diamond II if they weren’t stuck in Elo Hell with worthless teammates!

As in a diff file? I think I’m missing the joke here.

Oh, I thought you were making a league of legends / dota joke…

I was. I’m still confused, though. What does “diff” stand for in that context?

Okay, I looked it up and now I understand. I hadn’t heard that before.

People will say “jungle diff” or “sup diff” to explain away their loss. As in to say “Your jungler ganked and took objectives while ours didn’t. Our jungler was terrible and is the only reason we lost.”

Hence, “fuseki diff” being a way to say that the game was decided in the fuseki, as the loser blamed that.

I’m Samraku (also NA) if Riot hasn’t deleted my account for not logging in for years.

I stopped league shortly after I switched to Linux.

League was actually the game I randomly generated the nick “Samraku” for, and then I started using it for a bunch of other sites.

I’ve played some Dota 2 since then, but I got over my fear of being banned for feeding and just mute toxic players, now. I still try my best, of course, but there’s only so well a bronze V player can play.

I met one once on ItsYourTurn.com; he never Passed until stalemated, and therefore would always lose. (FWIW, we only played twice, I think, and he gave up halfway through.)

I came across this article and immediately thought of this thread. 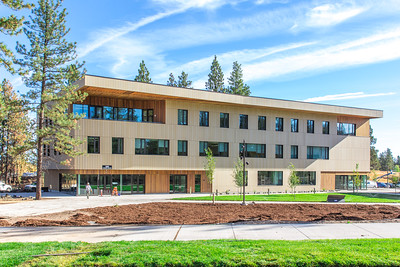 Narcissists don’t learn from their mistakes because they don’t think they...

BEND, Ore. — When most people find that their actions have resulted in an undesirable outcome, they tend to rethink their decisions and ask, “What should I have done differently to avoid this outcome?” When narcissists face the same situation,...

We tend to attribute success to our own efforts, but blame our failures on outside forces — while often blaming other people’s failure on their own deficiencies.

“But narcissists do this way more because they think they’re better than others,” Howes said. “They don’t take advice from other people; they don’t trust others’ opinions. … You can flat-out ask, ‘What should you have done differently?’ And it might be, ‘Nothing, it turned out; it was good.’”

You ask me: yes the go club had once for a full year a beginner who
lost all his games (mostly 9 stones handicap)
Didn’t make any progress
Came and play every week.

He was many times in a panic shouting around “I am dying!” and we knew there were nothing we could do about it.
He was always dressed in black, some gothic fashion as it was named.
Many of us tried some “charity” teaching. Besides this we had some pleasure to play him, even more after some other difficult game so to relax and improve our ego.

Then I had a friend who I teached go in real life then lost contact then meet him again on kgs as a forever 10k. He learned from weak bots some stupid way to play and never changed his mind on this.

Last I would say that sometimes chess players coming to go were a bit beyond too. They can’t trust you could teach them with all your heart and will to get them to be better player, they couldn’t accept handicap system… Because their chess club was so opposite as our go club with show of power, secrets …

I always wondered how popular chess is in the east.

In China I find much easier to find xiangqi players as weiqi. And even international chess is getting popular too, with strong players (for what I heard, I am no expert at all).

I almost forgot jang-gi/xiangqi existed (probably because I never learned it). That’s way more common than chess in Korea too. I think KBS baduk tv used to do jang-gi tournaments with all the Korean pros on chuseok… no idea if that’s still a thing. But yeah–the standard board game repertoire is pretty different in the east. Almost everyone knows the basic rules and concepts behind go, with plenty of old ahjussi’s refusing to learn more than their go-to playstyle. Them old guys tend to be pretty strong though XD

Have you met any players who are beyond help?

No, but I did see a lot of boards with black and white configurations where either black or white were beyond help. I also met some players for whom I have little hope of improving. But never the full 100% beyond help.

In China I find much easier to find xiangqi players as weiqi. And even international chess is getting popular too, with strong players (for what I heard, I am no expert at all).

3 of the top 20 players in the world (and 2 out of 8 in the 2020 Candidates) are from China, compared to 3 for Russia and 4 for the USA (all naturalised). The average rating of its top 10 players places it third, behind Russia and the USA, but it still has far fewer titled players than them and India. In addition, the last three Women’s World Champions are from China.

Had to google this one.

Xiangqi (Chinese: 象棋; pinyin: xiàngqí; English: /ˈʃɑːŋtʃi/), also called Chinese chess, is a strategy board game for two players. It is one of the most popular board games in China, and is in the same family as Western (or international) chess, chaturanga, shogi, Indian chess and janggi. Besides China and areas with significant ethnic Chinese communities, xiangqi is also a popular pastime in Vietnam, where it is known as cờ tướng. The game represents a battle between two armies, with the objec...

Funny surprise when I discovered that it was Chinese chess. In 1970 my father went for business to Taiwan and brought back a beautiful set. Don’t know what happened with it, but I did play some games with my brother back in the mid 70s.