Trying to learn the rules for classification of dead stones. In the uploaded picture, are the white stones considered dead and thus removed from the board after the end of the game? Or are they left on the board since they have captured a territory? Thank you all in advance! 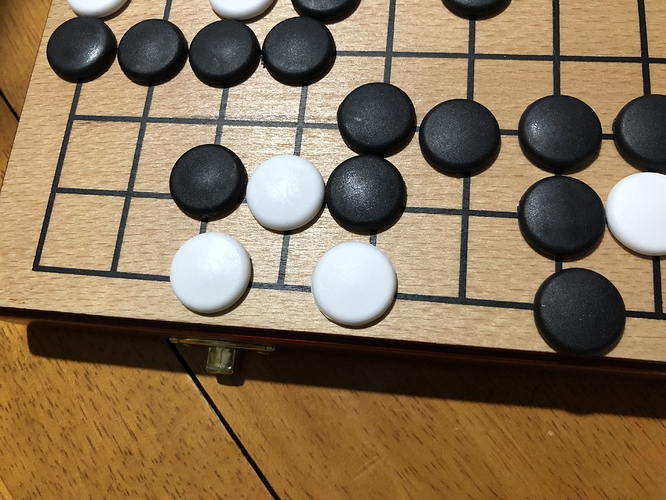 The white stones are certainly dead. There is no way for them to escape by killing some of the black stones and they can’t live by making two eyes or in seki. However if white considered them to be alive then he/she should continue playing as there is undecided territory to the left. In attempting to claim it white would be surrounded and eventually killed.

At the end of any game living stones are the ones that meet one of these two conditions.

Thank you so much for the help Kosh. I understand that this was a very novice question, but the help was very much appreciated!

From technology,w is died.But for beginner in live game it depends on your judgement.In the ending you could ask opponent if you could take them away.If your opponent don’t agree, the game continue until you capture them.Of course you maybe fail for a mistake. Then w is lived and you take a lesson.