I’ve been trying to learn Go recently. I’ve been playing 5x5 games on another site, and I cannot figure out how they are scoring. It says there is no komi for 5x5 games. I was black here, I captured one piece, and it says I lost by 26 points. Is that right, and if so could someone explain it to me? 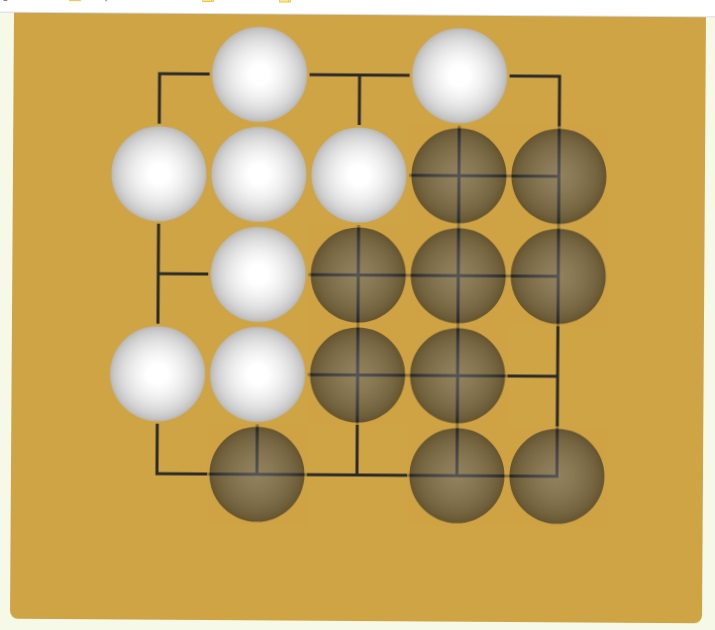 im not the best in meta right here. But It may have something to do with the fact that you only have one eye. The other is a false eye and can be taken away, thus leaving your stones dead.

Notice that white has two eyes, two palces that black cant play. Those are eyes and you need 2 of them to live.

Lord_o_o_Spoon is of course correct.

The thing is, in the board position you have shared, Black cannot prevent capture of his/her whole group (the loss by 26 points is correct).

I have made a demo board that hopefully illustrates the situation.

If you have not heard “two eyes to live” before, you might want to read up on this chapter: https://www.learn-go.net/lessons/06/

Or depending on your experience perhaps even some chapters before that.

You lost because the black shape is dead and the white shape is alive. If you don’t understand what I mean by that, then your first task should be to learn about what constitutes a living shape.

To make a note that I think might also help with the UI - you’ll notice that your stones are translucent, whereas white’s stones are still solidly colored. This is the UI denoting them as dead stones, which would be removed from the board as captures for scoring purposes.

Okay, I hadn’t noticed that about the stones being translucent, that’s a very helpful tip.

But my question is more about how do they get the 26? There are only 25 intersections on the whole board. If I lost by 26, what is the actual score? 26-0? What about the white piece I captured, does that count for nothing?

I’m trying to learn how to score, but I’m having trouble figuring out how they came up with 26?

The 10 black stones are captured. That is 10 points. The open intersections (called territory) number 17 (remember, the intersections beneath the dead stones are now territory for white). That is a total of 27 for white. You said you had captured 1 stone. So 27 - 1 = 26-point difference for the win.

Okay, that makes some sort of sense, thanks. This is probably going to take awhile, but I’ll keep at it. Go is a complicated game

Ruby, there was no komi on the 5x5 board.

You guys were so helpful with my original question, let me ask a follow up.
In this game I was black, white captured one of my pieces during the game.
It said I lost by four points. I’m thinking the score was 5-1. Is that correct?
If not, could you tell me what the score was? I wish that site would tell you, instead of just telling you how much you lost by.

You might think this was dumb, but I was so happy about this game, because it’s the first time I was able to control any territory at all. I’m very new at this, and it was quite a thrill lol.
It’s great to be able to figure a few things out, because I was just completely lost at first. I may still be completely lost, but not as lost as I was when I started. 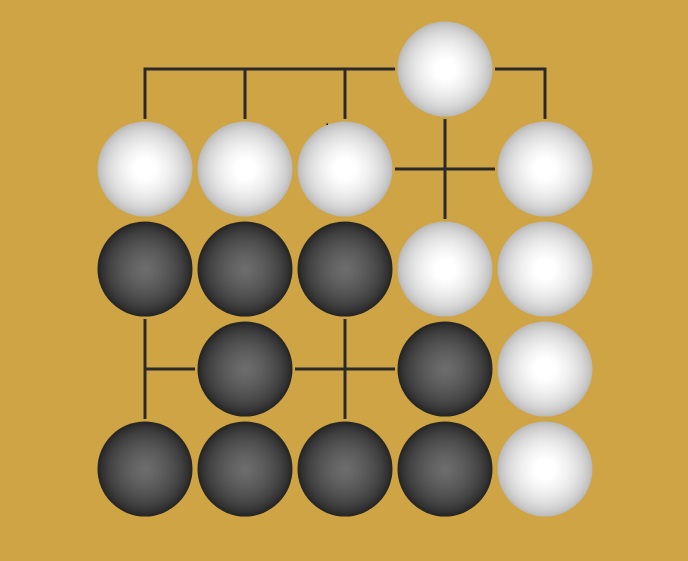 In Go, the score difference - not the score itself - is eventually indeed more relevant information, but to get to it:

On the board Black has 2 points of territory (the two eyes.)
White has 5 + 1 point for the capture. (While it does not matter to the final score captured stones are usually regarded as +1 to your opponent rather than -1 for you)

So technically we would say it was 6:2 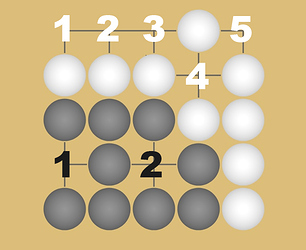 Nothing dumb about it at all, mind you 5x5 games are not easy to start with (IMHO) as they put a lot of emphasis on life and dead. Even more so than the usually recommended 9x9.
But it is good skill to develop no doubt

In Go, the score difference - not the score itself - is eventually indeed more relevant information, but to get to it:

So I think this is a case where different scoring methods yield the same result, which means I was on the right track, if I"m not mistaken, which makes me happy. Thanks for verifying it for me.

I’ve been using the 5x5 because I’ve been trying to understand the scoring, and the 5x5 is easy to count. But I can see that it might be a little unforgiving.

In fact, there are even more divergent methods of scoring that also result in the same results (except in a few rare edge cases.) For example, if you scored this game by “area scoring”, you would have the result of 14-11 instead as this counts your score as territory + stones on the board, instead of counting captures.

If pass stones are used (where passes involve giving the other player a capture stone when you pass) and white is required to pass last (ensuring that both players have played the same number of stones) the result between the two scoring methods will be identical. However, since they were not in use here, the difference is off by one: W+3 instead of W+4.

This brings me to the main point I wanted to make, which is that the actual raw point totals aren’t really important - the crucial aspect is the difference in points. This is why you always see results described as the winner, and by how many points (or by resignation). E.g this game is W+4 (white wins by 4 points) using territory scoring, or W+3 using area scoring. If, instead, black had resigned, it would be expressed as W+R.

Maybe we should start a push to use Tromp-Taylor scoring to figure the score in the case of resignations.

Another small milestone for me, my first draw. 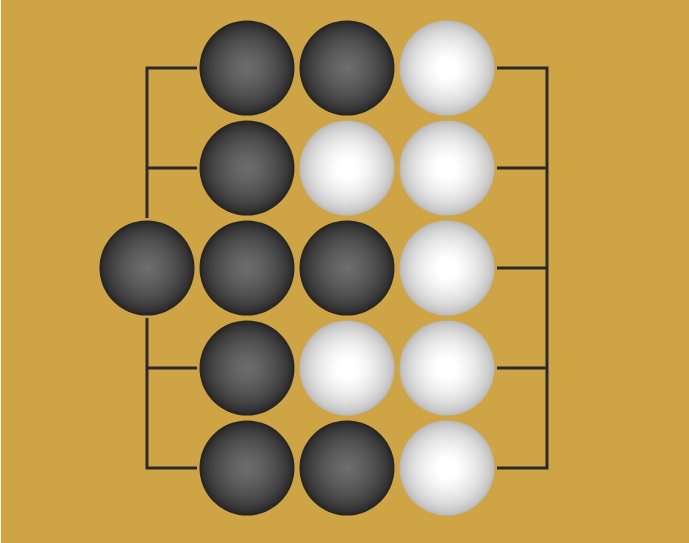 And my first win. I’ll have to move on to 9x9 soon.
Also saw the Alphago documentary, it was interesting. 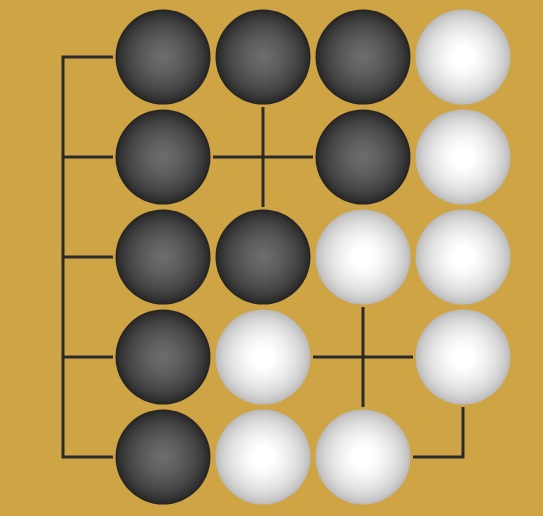