Every now and then I browse through some of the recent training and rating games on katagotraining.org. Quite often I stumble upon some particularly pretty move and think to myself “I should make a review of this game!”… but reviewing a whole game is hard work.

So in this thread I’ll go the lazier route of just posting screenshots of moves I like. I hope this is enjoyable to some people, and perhaps others would like to share their own highlights as well

To start us off, below are three beautiful moves from a rating game between two 60b networks.

Amibitious cap to keep the white stones working together: 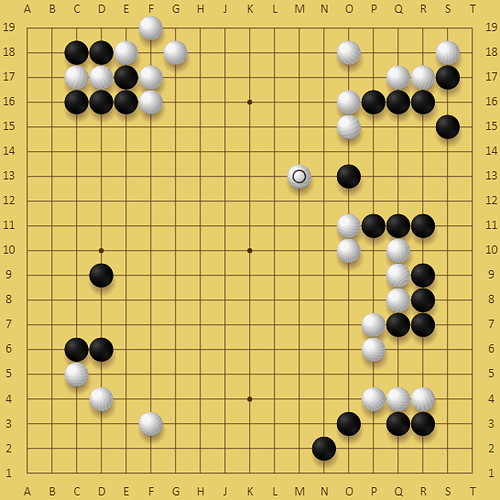 Black’s next move is even more cosmic… is it building or reducing? Yes! 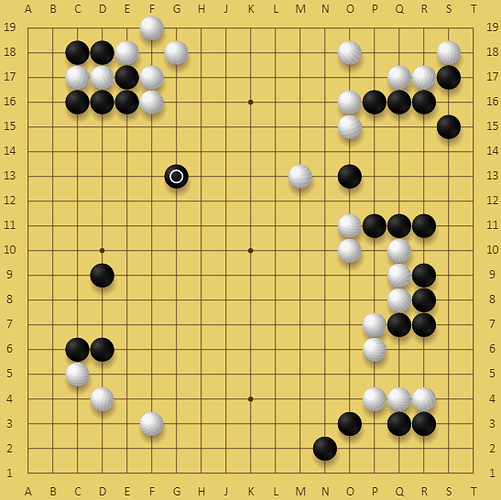 And finally, a simple tesuji which I would definitely have missed in my game: 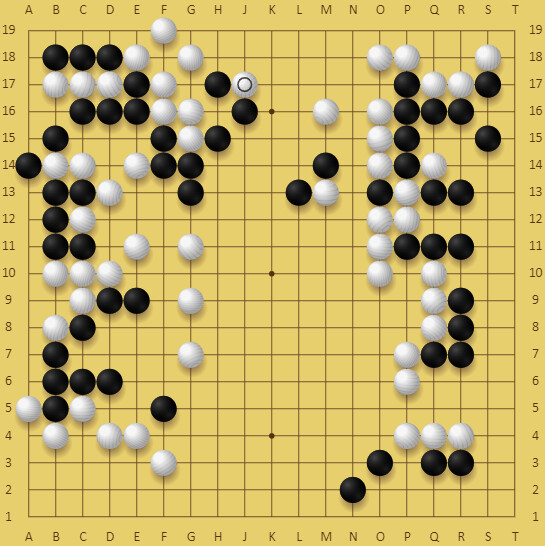 Check out the full game here.

This reminded me the game I reviewed yesterday between Sumire and Wang Jingyi (or O Keii, daughter of **O Rissei**)

After Wang played a ladder breaker at G17, black normally would just take 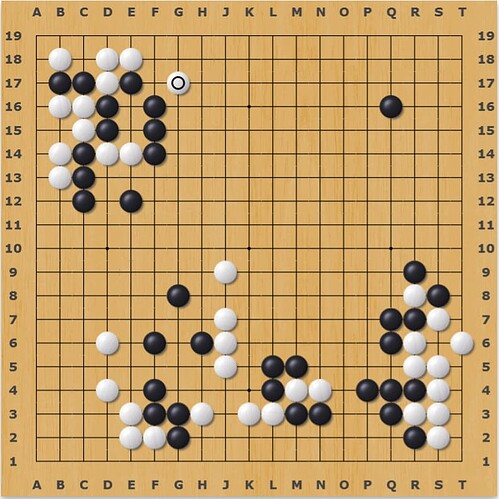 And Sumire responded in the middle 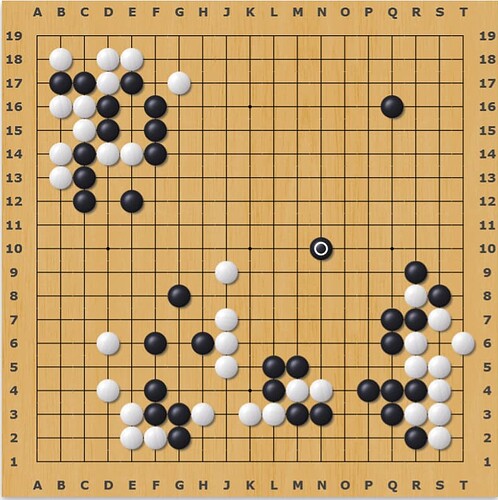 A lot of younger players these days have a very different view of the middle and the cosmic moyo. 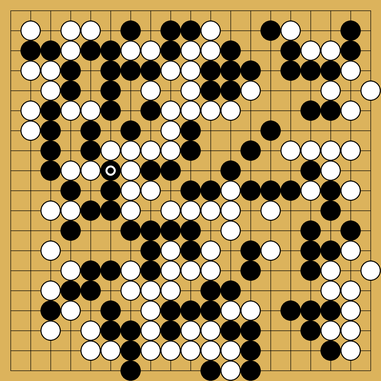 But current top human pros (especially Korean and Chinese players) seems to take the lesson from AI to another extreme with increasing fragmented territories and more intense fight in mid-game. I suspect we need a generation of new players to finally throw out the baggage and the fixation for local fight. And we can revisit the idea of “reasonable moyo” and what “potential” really means, instead of just a vague theory about influence and thickness.

normally AI tests only few moves - top candidates from neural net.
If all 361 of possible next moves will be tested with equal number of playouts, I think more interesting moves will be found

This isn’t a self play training game, but it is a game from OGS that I was watching while it was live, between two katago instances from what I understand. 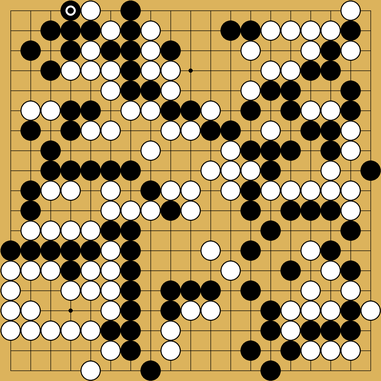 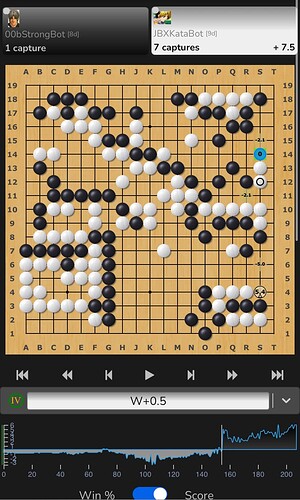 The bots print out their winrates in the chat, and both bots and the Ogs review seem to agree that the JBX katago was winning all game up to move 154.

Then strongbot plays the turn to threaten to capture the corner stones, which it seems the Ogs review didn’t consider, and presumably neither did JBX bot. It’s a big five point swing in the estimate and now suddenly Black, strongbot is in a winning position. 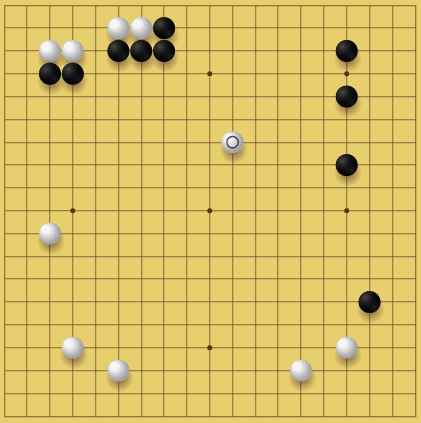 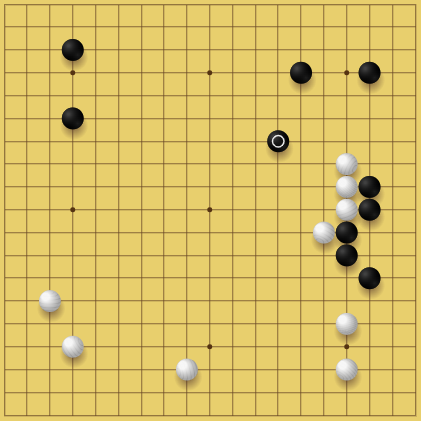 Last week’s Samsung cup between Fan Tingyu (范廷鈺 as black) and Shin Jinseo (신진서 as white), where would white play the next move? 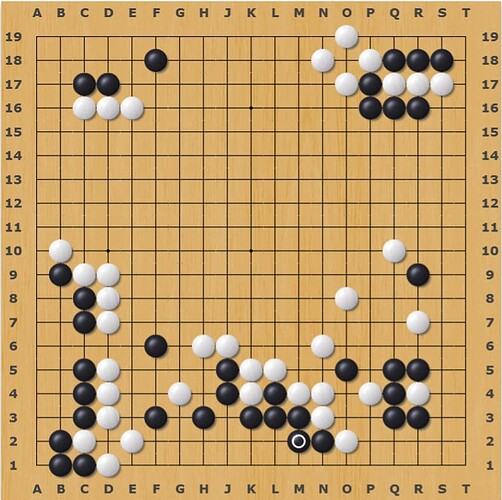 where would white play the next move?

I happened to guess right. Yes!

Michael Redmond did a livestream that day, and talked about how to find that move and what’s pro’s reason. 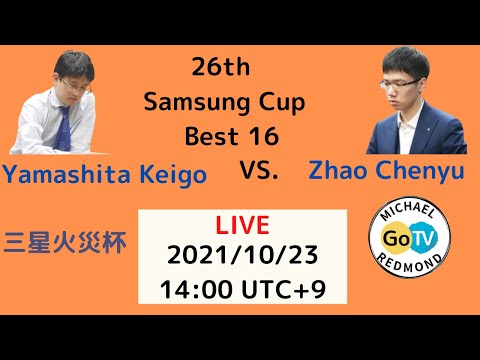 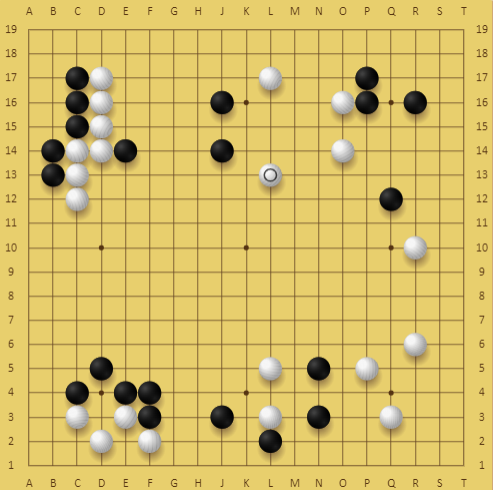 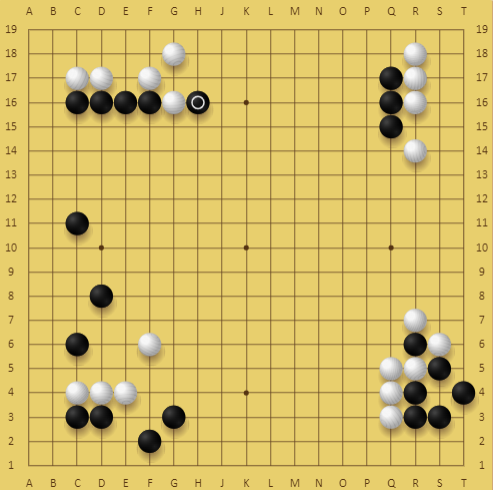 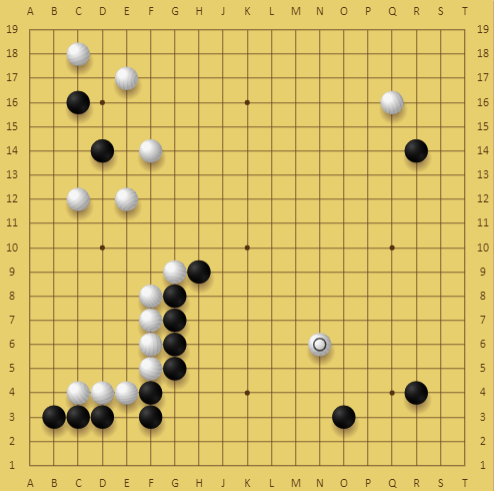 I am more curioud as to how white responses to that…

Again, you can click the image of the board to find out

I didn’t realize they are links, instead of just pictures

Yep me too, some nice novelty in this forum.

It’s interesting that the AI didn’t choose a point along the ladder path, and chose to cut each other off instead. Is the “moyo” in the center of the board, still too much to compute?

I think something like O8 instead of G15 would also be ok, but allowing black to atari at G15 is painful, so in the game white decided it’s better to just let black save R6. The sequence that follows on the lower right is locally a little good for black, but since black already paid the cost of making the bad H16-G15 exchange it’s an even game. 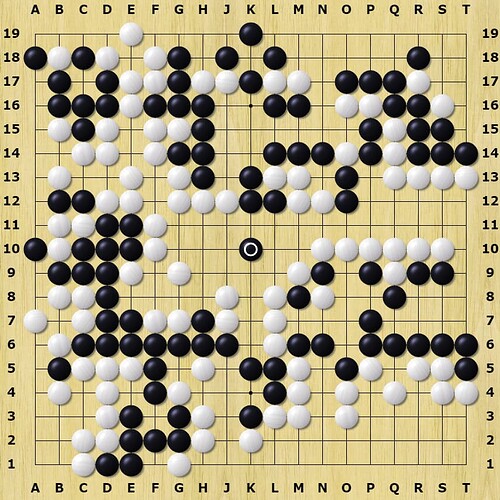