ESPA is actually NSRF and it’s not limited to Greece or just about economic growth, although that’s what laymen usually refer to (sorry to be pedantic, but I’ve been working with NSRF funds for more than 10 years).

Also, does the wine label have no accents (τόνους) or is just me?

It could be both.

It’s funny how this thread is stated to be about heraldry, but has mainly focused on specifically discussing flags.

Here’s an interesting coat of arms (see https://en.wikipedia.org/wiki/Baldomero_Espartero) with an incredible amount of decoration:

Did you know that some flags contain an image of the flag itself? 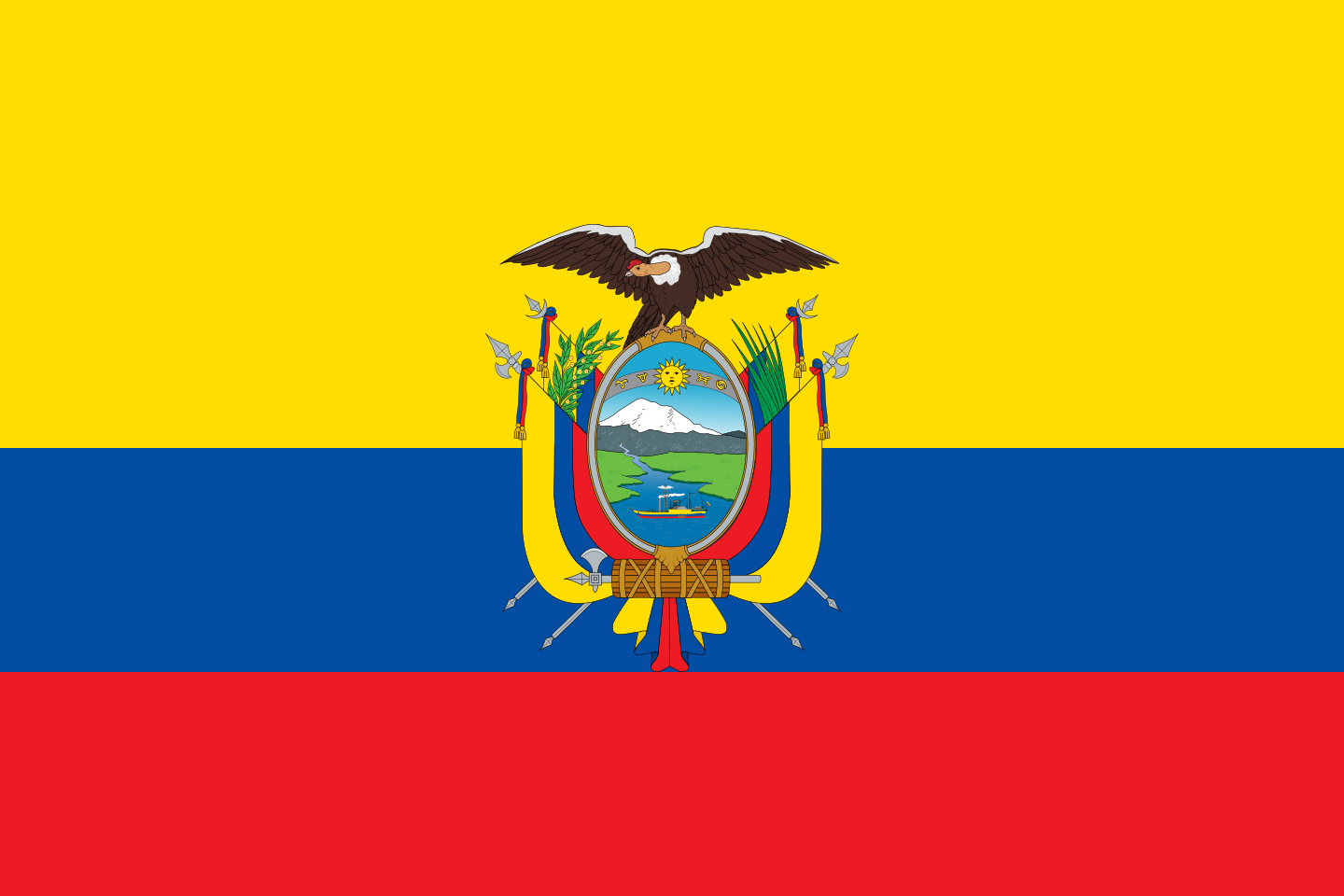 Can you find the other examples? 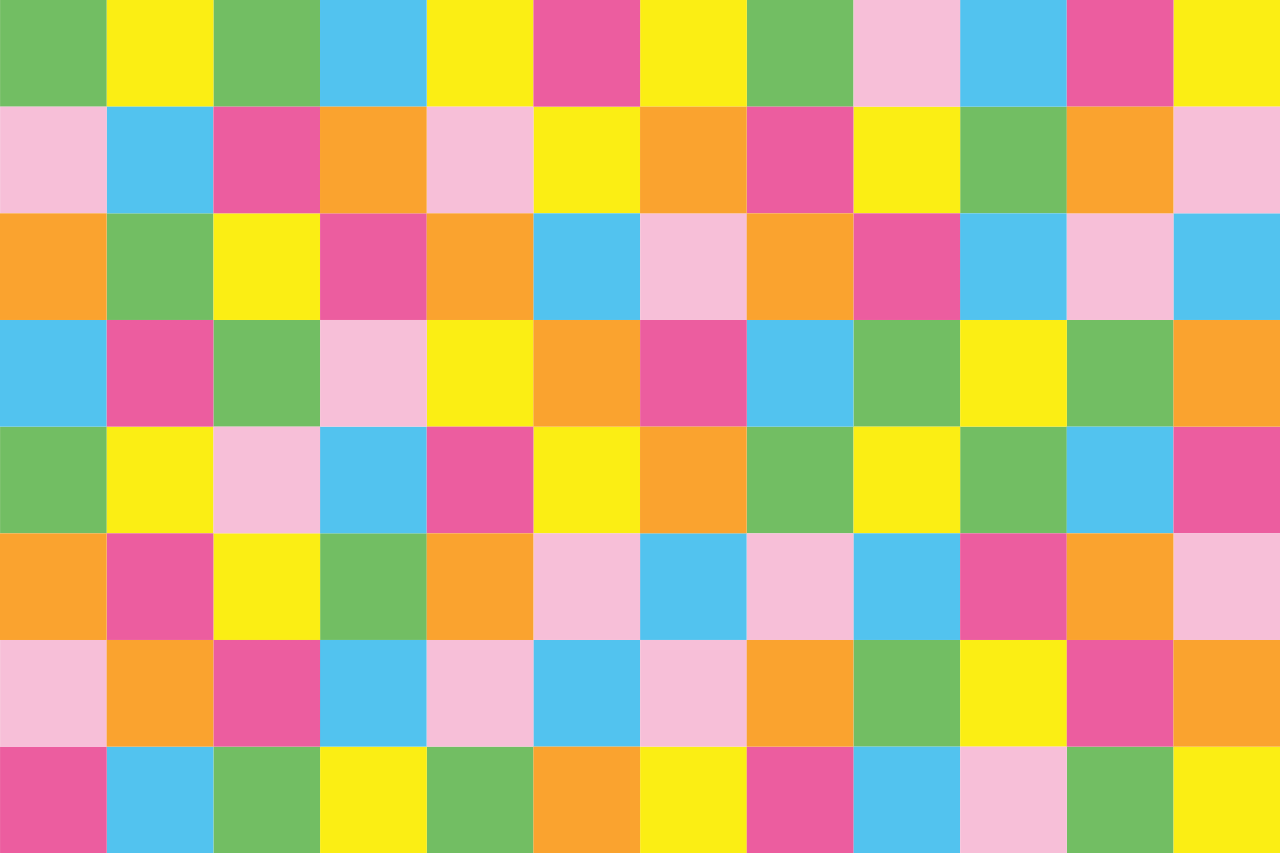 About the coat of arms, they could maybe apply the Coco Chanel rule about accessories roughly 50 times.

Is the second flag actually a flag? Or did the designer’s photoshop borked and they were late for printing?

ESPA is actually NSRF and it’s not limited to Greece or just about economic growth, although that’s what laymen usually refer to (sorry to be pedantic, but I’ve been working with NSRF funds for more than 10 years).

I knew that it was something that existed in other countries, but I couldn’t find how it was called at that moment. That is very good to know, since now I can make that meme international, without any need for asterisks and linguistic explanations hehehe

Also, does the wine label have no accents (τόνους) or is just me?

Yeah, the accents left that thing in protest and I thought that it was better without accents to match a request without logic

Seriously though, I remember that they were not sure if they wanted every text to be in caps or not, so I didn’t put accents in case they opted for the full caps choice. That way I could just press a button and alternate between both versions.

The only coat of arms really worth the Greek Army would have been this image : 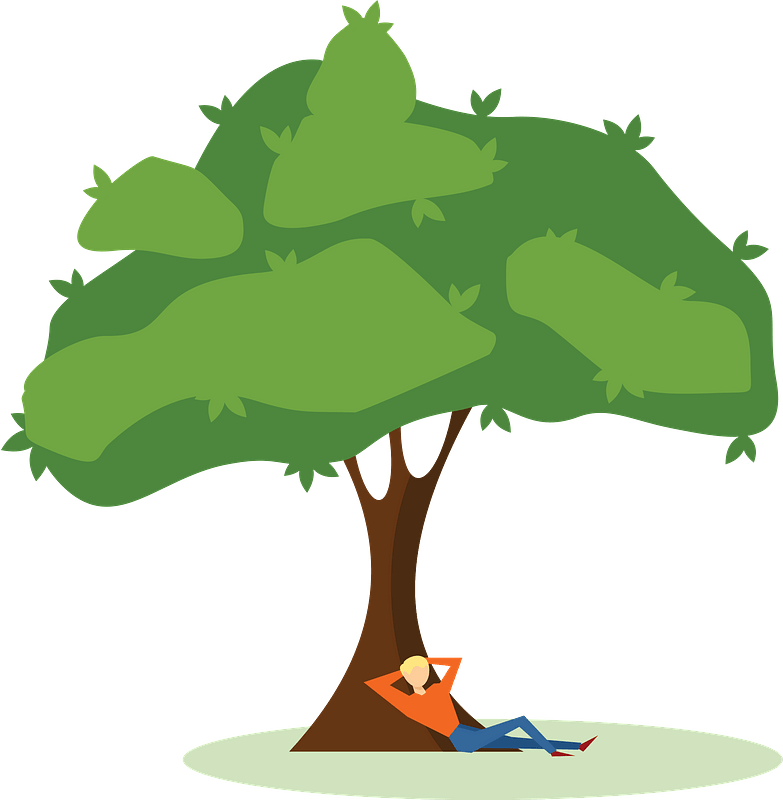 with the caption “Που να τρέχουμε τώρα…” (“Oh, why bother with all that…”)

That was a nice video, but I thought that the design of 1200 was more akin to the actual shape of the leaf

Here’s an interesting coat of arms

Just wow! Imagine being a noble child and having the assignment at the school of nobles : “Design your family coat of arms”

Imagine being a noble child and having the assignment at the school of nobles : “Design your family coat of arms”

In my limited knowledge, they somewhat do, they are taught all that stuff along with protocol etc.

In the direct democracy that is Switzerland with its ultra-egalitarian society (yay!) many families just happen to have a coat of arms. Some of our cantons do have a history of aristocracy where only a handful of families had political power, but even there, many common people have one. There are also some families who came into nobility by serving as officers in the French army. Service in other countries was the only way to get a “real” title after we seceded from the Empire and had no kings on our own anymore. 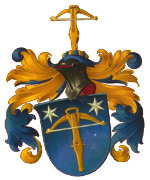 Our family name is etymologically quite obscure. It’s homophonous with the French word for “happy” but also “watch” as in “watchtower”, which is an early Germanic loanword, I believe. Anyway, I think one of my ancestors thought of “watchman”, so he put a crossbow on it.
There are other families with the same name who have variants of these arms, and at least one family who has a variant with four stars, but a different name. 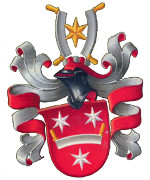 These are the arms of one family Gerber, meaning ‘Tanner’. There are many many more Gerber families, some with their own arms, some without any. It’s one of the most common surnames in the Canton of Bern. Here, too, you can see how the tool of the trade was chosen - a tanner’s knife, used to clean a hide from flesh.

I took these from a database of Swiss family arms: https://chgh.ch

As you may have seen now, our arms like to be “talking”: They give you hints about the name they belong to. Some are more abstract, like this one from a Bianchetti family: 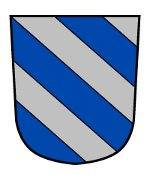 It’s homophonous with the French word for “happy” but also “watch” as in “watchtower”, which is an early Germanic loanword, I believe. Anyway, I think one of my ancestors thought of “watchman”, so he put a crossbow on it.

It was not easy, but I’ve found your name.

There’s a lot of info at http://www.royalpanji.net/ , maybe you’re right.

A coat of arms is traditionally composed of tinctures, which are divided into metals, colours, stains, and furs. The most basic rule of heraldry is that tinctures of the same type can’t touch each other.

Heraldic terms, at least in English, are derived from archaic French.

The Metals are light: Or (gold or yellow) and Argent (silver or white).

The Stains are Sanguine (dark red), and Tenné (tan). These are traditionally rare due to a popular belief that they indicated dishonour on the bearer.

Finally, there are the Furs, which are predefined patterns. There is Ermine and its variants, representing the fur of the stoat. There’s also Vair, which appears to represent tesellating bells. It also has a number of variants.

In modern times there’s been some discussion of the inclusion of other colours, like brown, pink, and light blue. With the latter there’s also been confusion over whether it should be classed as a Colour or Metal, which depends on how light it is.

Modern flags have largely discarded the Furs. The only example I can find is Britanny: 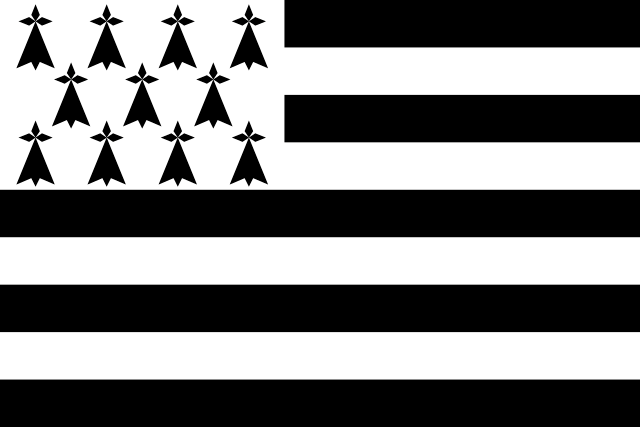 PS. whilst I was looking for counter-examples in Germany, I found this cool flag of German Togoland (modern-day Togo). One of the few flags with a snake on. 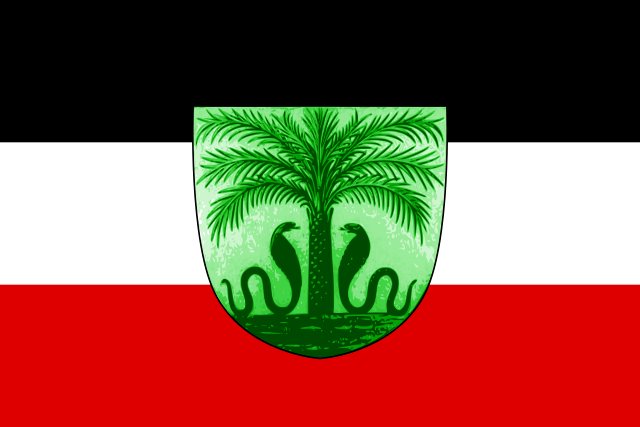 Just how much can we deface a British blue ensign? I’d love to get these all as badges and sew them into a coat. 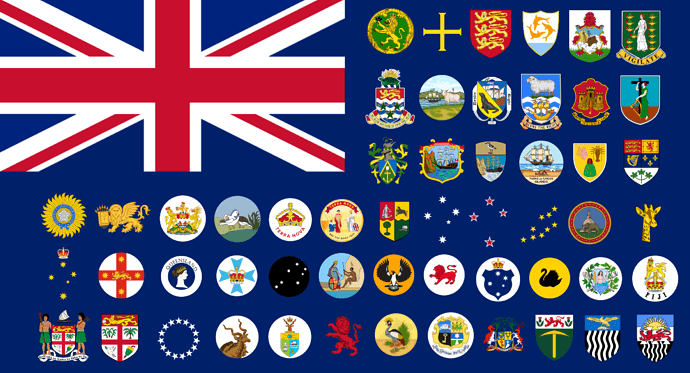 There are cases where a coat of arms seems to violate this rule.

The most basic rule of heraldry is that tinctures of the same type can’t touch each other.

Some cases, such as the arms of Albania (on a field gules an eagle à deux chef sable, mec cet anglais bâtard est carrément plus complique que si on blasonnaît diréctement en français) are indeed just that: Violations of the basic rule.

Howere, there are some interesting cases, that fall into a different category. German heraldry calls them Rätselwappen ‘arms of enquery’. Have a butcher’s. 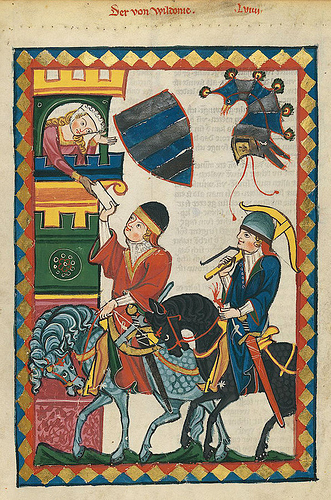 Four times divided by black and blue, right? No! Originally, the black parts were silver, but due to an oxydation process, the metallic paint has turned black on this old parchment. Now, in some cases, a herald looking for historical sources to record an arms into an official scroll (or today, a database). would scroll through old sources and find arms like these, were gold turned into a red, silver into black or green or blue, making this new version that family’s new official arms.

What device could be better than the whole world? 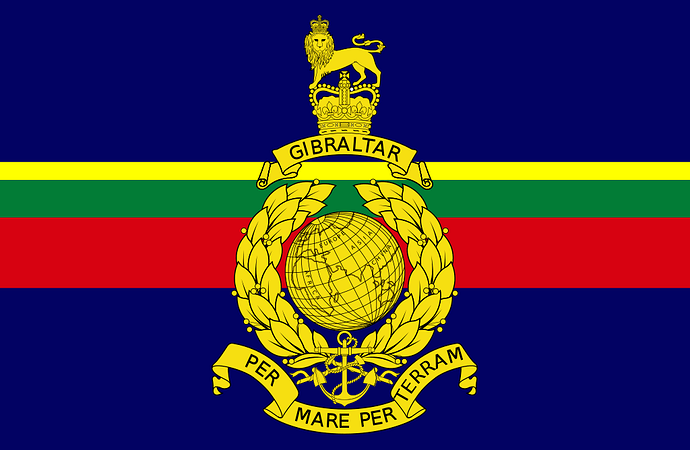 Flag of the Royal Marines

What device could be better than the whole world? 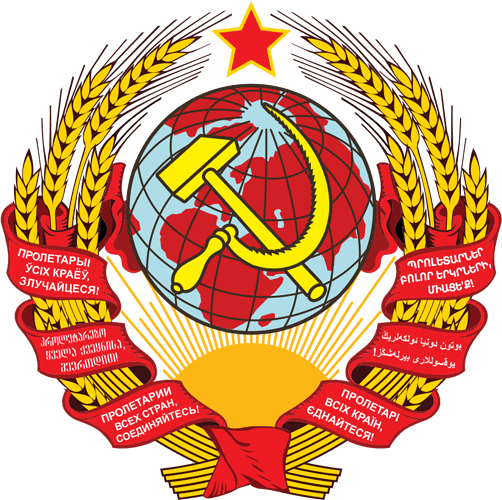 The whole world, sun and some star, maybe? Add to that barley oars of several thousand kilometers in length.

The crests of socialist and communist countries are notoriously weird, with motorways, electric lines, gears, kalashnikovs and lots of technical stuff on it. The Uzbek Soviet Republic, however, had somewhat pretty: My bad! This is today’s emblem of Uzbekistan. The soviet one was a hammer-and-sickle thing as you would expect. 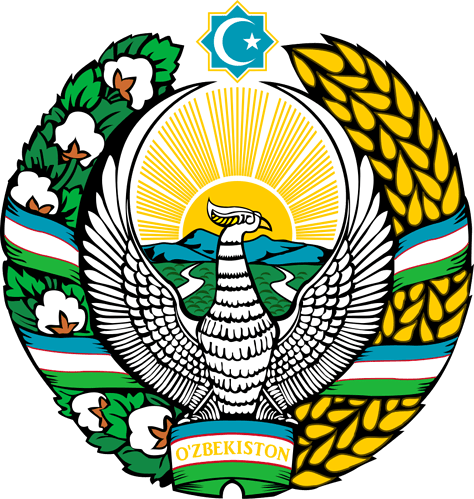 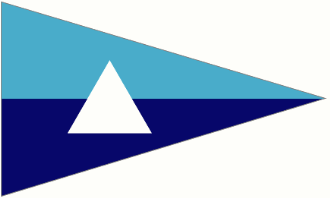 If Soviet emblems are the peak of excess, this is the apex of minimalism – the burgee of the Little Ships Club.

Flag of Libyan Arab Jamahiriya: Am I a joke to you?

There’s an interesting story on Wikipedia:

One of the earliest heraldic law cases brought in England was the 1389 case of Scrope v. Grosvenor. Scrope had found Grosvenor using the same arms as him, Azure a bend or, and set out to prove his sole right to use them. In heraldic law no two unrelated families in the same country are permitted to bear the same arms. Following a long court case it was decided that Scrope had the right to the arms and Grosvenor was forced to change his arms to Azure a garb or. It became known however that a Cornish knight by the name of Carminow was also using the disputed arms.

Carminow, seeing Scrope’s use of his arms, challenged the right of Scrope to bear the arms. In this case, the constable of England declared that both claimants had established their right to the arms. Carminow had proven that his family had borne the arms “from the time of King Arthur”, while the Scrope family had only used the arms “from the Norman Conquest of England”. (Neither of these claims to such antiquity were in fact possible as the era of heraldry did not start until the late 12th century).

The two families were, however, considered of different heraldic nations, Scrope of England, Carminow of Cornwall, and as such could both bear the same arms. As stated in the records of the case, Cornwall was in effect deemed a separate nation, “a large land formerly bearing the name of a kingdom.”