(I have heavily edited this age-old post, forgive me, it’s one of the features that I most wish)

wouldn’t it be nice if your “Home” page with board thumbnails showed more games in a row?

I have a 27" monitor, and drives me crazy when I open the overview in my wiiiiiiiiiiiiiiiiide tab and still have to scroll down to see more games.
The animation shows it better than I can tell, this is a Chrome tab, set to full screen, on a 27" iMac:

I admit that I chose the other extreme, based on the current distance between miniatures, so I left none of the <ahem> elegant White space </ahem> but I’d already be extremely happy if it just had six or seven miniatures per row. Why else would I need such a grotesquely huge screen if not for

I’ll explain a little more. Go, for me, is not just the game but also sort of a meditative thing. I simply LOVE just to sit there and stare at the miniatures of my games on the “Home” page, sometimes I do so for ten or more minutes while my eyes move from one game to another, zigzagging over the page. And it gives me ideas … and the more games I can see at once glance, the better it is.

My reason for reviving this thread is that UserVoice entries just get lost under the sheer number of them. Perhaps it’s even a mistake to have this thread in the “Development” area of the forum because people who are not technically inclined may not even read it …

Now gimme all your UserVoice

There is something wrong with your browser. My Chrome browser correctly adjusts the boards to take full benefit of the window width. So I do see them all side by side like on your “better” example 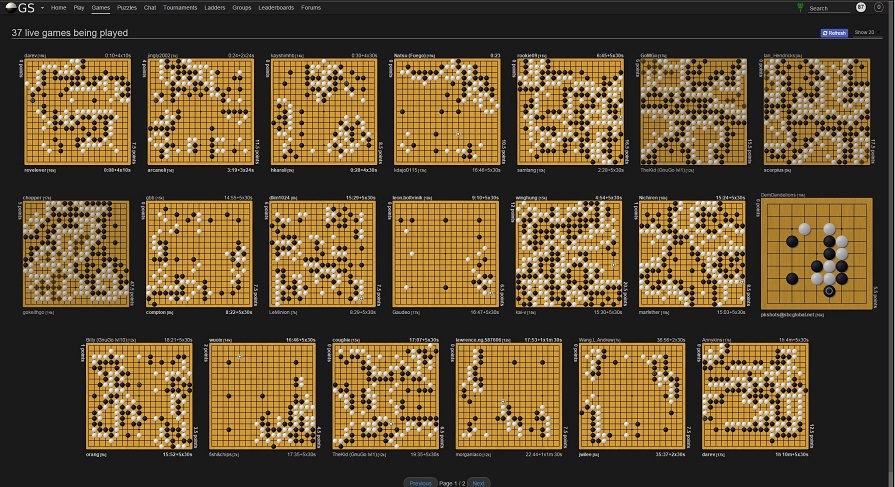 EDIT: Aaah you are talking about “Your games” and not observe games

I mean, we’ve had it before the update … shouldn’t it be easy to bring it back again?

While i’m wondering is this going to be done any time soon, i’ll throw in a new idea releting to this.

How about option to mark some games with something, (i used ugly yellow star in my example) and what if there were separate column for these games. Personally i would see myself marking teaching games, but everyone could mar/unmark their games as they see fitting.

This marking would put those games in a separate column in overview page, and you could easily see them there w/o scrolling the whole page. 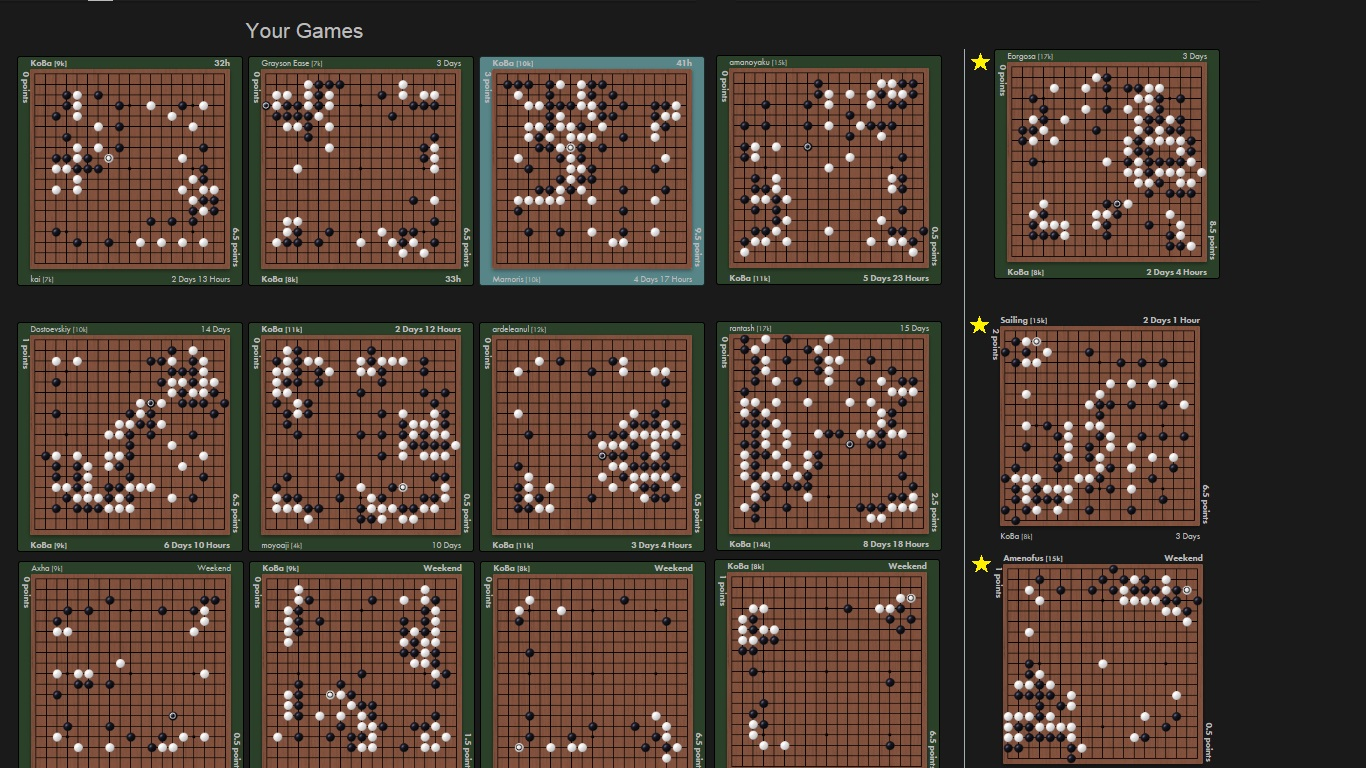 Yeah Tags have been discussed for ages. If we could tag anything from players to games (this includes puzzles) then we could easily make our own lists of anything really.
Go vote

But that uservoice request wouldn’t actually affect how games appeared on the home tab. What if there were several symbols you could glue to any game like KoBa suggested? Not just stars. Wouldn’t have to be complicated. Squares and Triangles and Hexagons would do.

Yes, I am sure I want to revive this

I wonder, though, whether such a post is in the right place here since members who aren’t technically inlined may not read this forum category at all …

And I have edited the opening post so it may be better understandable, so you can read it again

or just gimme your UserVoice votes.