How do I invade that Side? 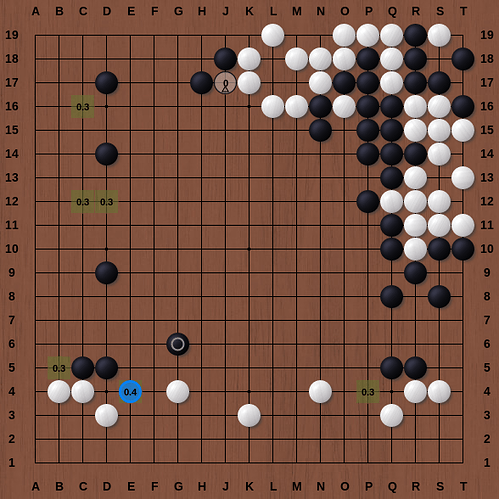 In the above game (Дружеский матч, from move 85) I created I nice zigzag side on the bottom, that seemed very secure.
My opponent however made a straight line right on the 4th row, even with a four space gap in it. Now either, he found a much more efficient way to make a wall then I did… Or it was a wall that wouldn’t withstand an invasion. (but my later attempt at invasion was a complete failure, and some later attempts at re-trying didn’t work either)

So my question is, assuming the situation is exactly as it is in the picture, is there a “proper” way to invade directly? Or is it maybe so that it is first neccesary to get some stones in the center to run to? Maybe playing somewhere around tengen first even?

You don’t need a center stone to invade that. A general rule of thumb for invading is having at least 2 options, to be able to make a base towards one side or being able to run to the center. Here you have more than that, because if you invade at C11 or C12, neither side has a black stone on third line; so you are able to make a base towards either side. Even if they block one side, you have the option to slide towards the other. You also have the option to run to center since Black doesn’t have nearby stones and you have a very thick K17-L16 to threaten to connect to. So miai to make base and running to a wide center: That gives you 3 options, which means you can easily invade that.

I cannot comment on how I would do it but by chance yesterday night I was watching a lesson from Nicky Sibicky that revolves around a “wall” made of 4th line stones that looks even more scary than yours.

I hope it helps 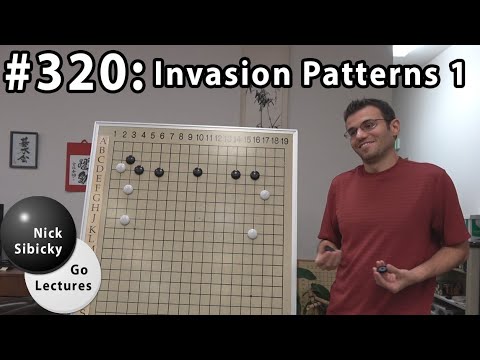 I Completely agree with @snakesss and his suggestion. indeed the moves suggested by AI here are not esoteric and in harmony with what he is telling.

now the blue suggestion is what to do first to protect your side and have an option to break between black stones next.

I switched to KataGo review and it may have somewhat different ideas than LeelaZero in this position.

But let’s ignore the AIs and analyse the position in a way that would be more tractable for mere humans.
Before embarking on an invasion on the left side, white could try to evaluate the position by estimating how much secure territory both players have.

This is my quick and rough estimate: 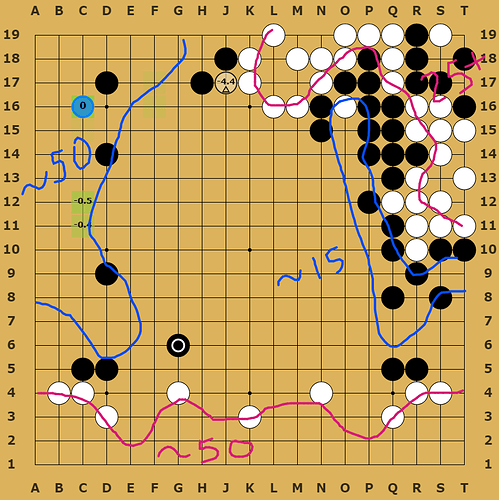 Maybe I was a bit optimistic about the security of black’s left side, but if white doesn’t invade, black may get about 50 points there. I estimate white may also get roughly 50 points on the lower side.

So I get about 80+ points total for white and about 65 points total for black. So white seems to have a decent 15+points lead and invading deeply into the left side may not be neccessary (and that might be risky) .

Reducing the left side instead with a move like E10 or E11 may be good enough for white to keep the lead in a fairly safe way.

Well black is behind in the balance of territories but i think still quite ahead in the balance of power so the game is still a game.
As black i will search the place to use this power with an acute attack, and as white i will try… to avoid it.

I am not sure about E10 or E11. If instead you go deeper for an invasion on the third line, you have easier way to get quick life. That would generate some more black influence, but that’s sounds then overconcentrated. Always been hard to use two walls facing each other to make enough points.

@frank_kettu about how to invade, there is nice materials to read on that subject in two books in english:

If I were to invade, I would look for a move like C7, which is miai to connect or cut black off.

I would prefer directly in the middle of the left C11 probably. That’s where the points are and C7 could give black a good attack on a stone hard to settle. If instead white protect with E4 first then there is not that much points around C7 too.

Why do you think C7 is easy to attack and hard to settle? It’s the complete opposite in my opinion. 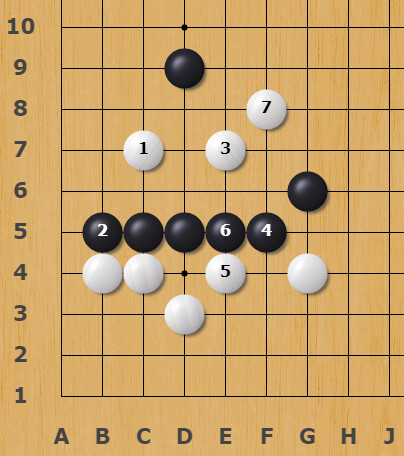 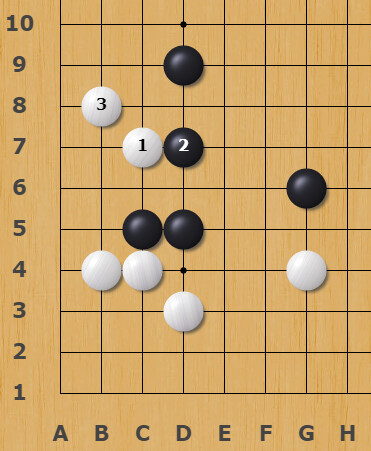 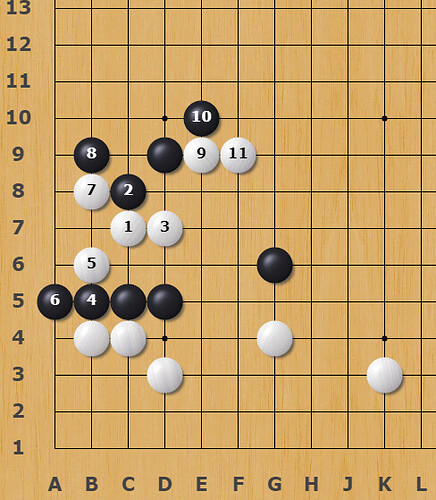 I’d take white in any of these.

I’m just asking AI sensei (free version, 50 playouts) and it likes C11 best (keeping a 23.3 point lead). But almost any move in the center or on the left side seems to keep at least a 22.5 point lead. So I guess it depends mostly on following up well from whatever white plays at this point.

If it wasn’t for the large knight move, white would have less options. But blacks greed and leaving weaknesses behind gives white more flexibility. I actually refrain from doing 2 space jumps or large knights moves because the cut always ends up hurting me more.

If white tries C7 after black does a regular knights move:

Whites stuck with this… 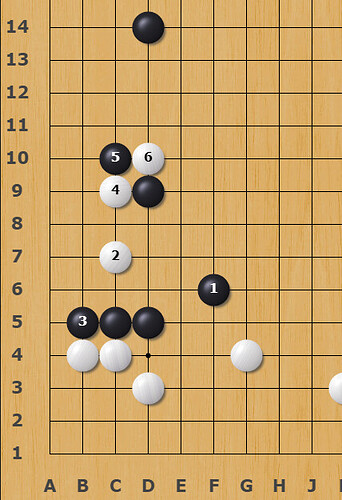 Or this, which doesn’t really add much 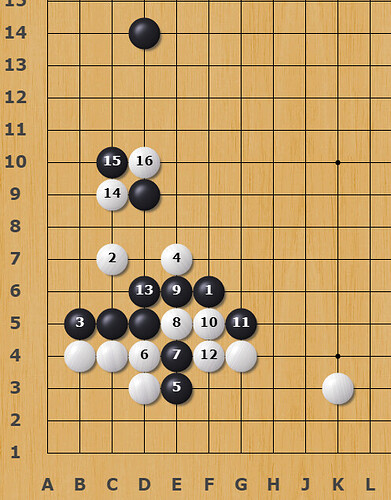 Ok so what about simply play C9 first? Reinforcing a lot the upper left and waiting to a fight between the lower left side stones

I saw it originally from either mark5000 or nick sibicky

As an FYI, Yilun Yang has an excellent essay on this topic in “The Workshop Lectures - Volume 2”. Typical of his teaching style, he gives simple rules of thumb to get you started and then covers more details via examples.