How Getting Good Affects the Game Outcome?

The games after ranking update, no handicap, less than 100 deviation, should be not bots, games with opponents of the same rank. Technically would be nice to filter by time controls but it’s too hard.

For the percent of games finished with certain points we count out of total games including resignations. 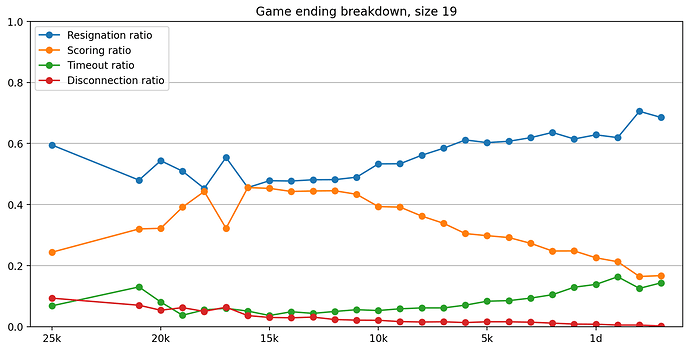 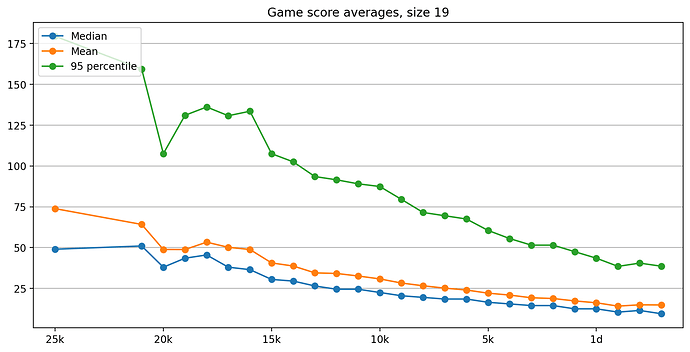 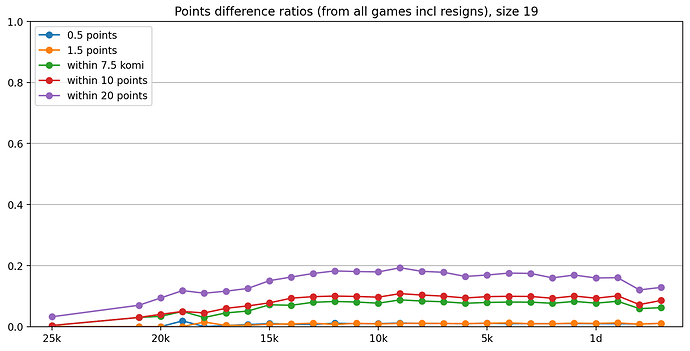 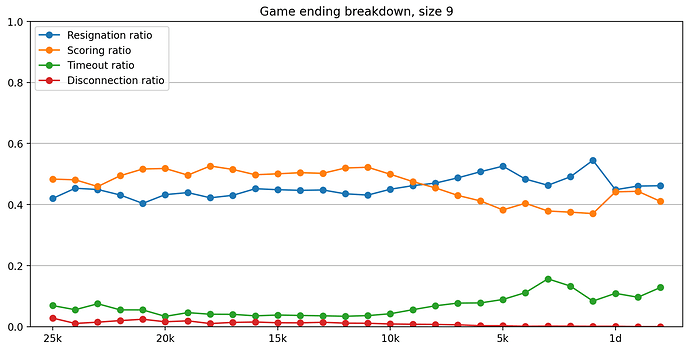 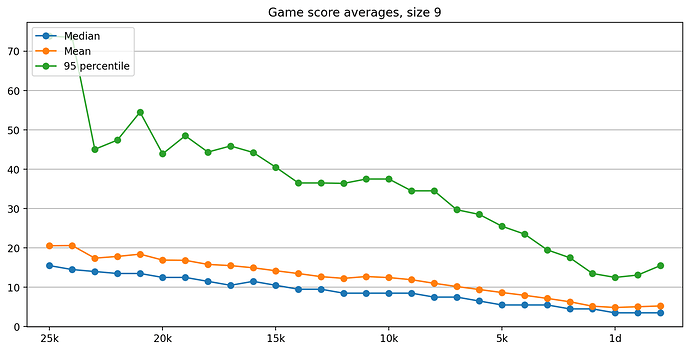 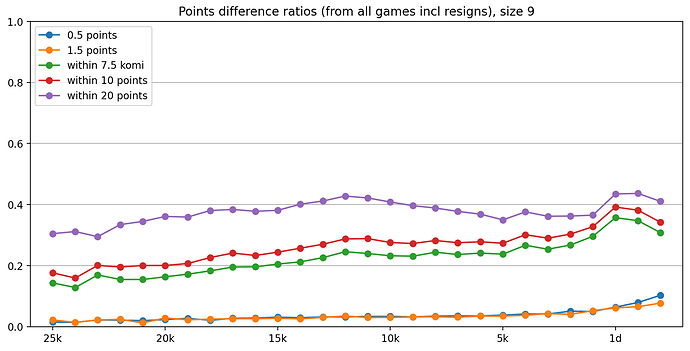 Problem with timeout is it can be used as a way to resign for some games. Taking in account if the game was in a lost position could give a better view (but still not satisfactory).

Not so surprising statistic results but it’s good to have them somewhere.

Problem with timeout is it can be used as a way to resign for some games.

Unless those games are something like 15s blitz, generally it is a bannable offence to repeatedly lose by timeout on our server.

Nice but that is far to put it away completly. As you said it has to show like something obvious and systematic (and my guess reported too) looks to be difficult in casual cases to distinguish between a timeout with or without intention because you keep thinking or because unfriendly you don’t care to finish your game.

Who is going to report a game he won in a 30s byo yomi timeout? Sometimes when it’s so exagerated maybe? Especially in blitz but not only, the boundary between resigning and losing on timeout may be less clear as induced by the statistic

5-(strong players finishing lost games with good margin) Could be because more aware that resigning near the end is somewhat unpolite.

resigning near the end is somewhat unpolite.

Is that so? Interesting point

) But are you saying that this is considered poor form if endgame is already half done?

If so, how close to the end is too close (roughly)? And is this limited to certain national cultures only (if so, which) or is it general across all cultures? Thanks for the observation

But are you saying that this is considered poor form if endgame is already half done?

I dont think its impolite to resign when end-game half done, but resigning when theres only passes remaining (or just couple moves before) is a bit rude after taking all the way into that point. But i guess this goes hand-to-hand with players strength and their ability to judge/count the board position - looks like at 10k people start actually counting in their games xD

Who is going to report a game he won in a 30s byo yomi timeout?

No-one, theres nothing wrong or unusual about losing on time when you’re on byo-yomi. And on blitz its indeed quite normal way of losing since the “are you sure” pop-up takes around 1-2 seconds go thru.
But letting your time just run as a form of rage-quitting is not allowed.

I think this came first from the Japanese approach of politeness in go, when they teached westerners a few decades ago. You resign following some desaster or at least too big advantage taken in the opening, the middle game or early big yose, but when you start the smaller yose it’s a bit too late to deny the scoring.

Maybe because unless stupidity the game is decided and if you continue to play but finally resign you are considering your opponent a bit stupid.
That can be extended to eastern Asia countries where in their culture the “losing the face” idea is preponderant (yours or the one of your opponent)