How intuitive is OGS for new users?

Okay, it is clear now. Good point to illustrate it.

unintuitive is the way to go.

No but sometimes I really feel it’s a pity, like we start a cleverness selection even before having read the rules of the game.

With more explanatory texts like the one beneath, OGS would help new members developing their intuition on how OGS works much faster.

There are more places on the site where an explanatory text could be useful.

BTW: what I miss in example above is what to do if players do not agree on what groups should be considered captured.

In itself counting time is one if the most obscure for a newcomer to the game, and hard to explain without a wall of text but for me OGS does a ok job here.

Answering your question, game may just resume but who play first, this I am not sure it’s clear for everyone (btw rules IRL vary on this)

So while we have a good thread for it nearing ~100 posts, can we start to collect some suggestions to improve OGS and make a list of the ideas agreed on. Would such a list be better at the top/first post of a new thread? Probably not as useful or visible 100 posts in?

Then maybe we can put those suggestions into the Github issues as say feature requests or something like that?

I’d like to keep directing people and their ideas to say this thread and also to Github.

I’ve said it in a few other threads, but I think OGS can become a lot more intuitive by having more features visible on the currently mostly empty homepage. Even half translated asian servers are easy to navigate because of this. They may be ugly visually, but all the important features are impossible to miss. I don’t think OGS is improving on them by having new users go on link hunts for everything.

Add the quick match buttons, current top game(s), open tournaments, and maybe even latest forum posts (would help direct new players here to get further help if they need it).

However the thread ends up working, it might be good to have some sort of poll attached to each proposal, just in case there’s some sort of vocal minority/silent majority type thing going on. Also easy to see what consensus is at a glance.

We could use the hearts, but then no way to express disagreement without making a comment.

game start button : always on in every pages

if guest can find game start button by clicking one or two step, not intuitive.

Especially here in the forum. The complete separation between forum and main site is a real pain. Just think you need to switch to check if someone played in your correspondence games, and not only that.

Besides what should be there it’s important how it should look. Space on screen is limited, even more for mobile. For usability everything needs to be on the right place and there should be a common theme through all pages, so you can develop intuition on where to look for a specific function. Design proposals are more help than 10 polls showing that everyone wants more features than we currently have.

I think you’re right too. I haven’t a good idea how to organise proposals for changes and ways to vote on them.

Of course we could post every idea to Github, but I also don’t expect everyone to go out of their way to do that, possibly needing to make an account. Here is more natural to post and discuss ideas.

On the forums, I feel as benjito said

just in case there’s some sort of vocal minority/silent majority type thing going on. Also easy to see what consensus is at a glance.

We could use the hearts, but then no way to express disagreement without making a comment.

It’d be nice to keep track of and vote on suggestions somehow, but polls are also annoying in that I don’t think they can be edited after a while, or they probably can’t be added to without losing all the votes (say one wanted to keep all ideas in a single poll).

One could try to keep lots of ideas in one post at the start of a thread and keep editing, but then expressing agreement/disagreement seems messy.

One could have a thread with one idea per post and no discussion in that thread, all the discussion to be moved to another thread? Then the hearts at least show agreement. The only problem is there won’t be much organisation to the ideas, and after a while - say there’s 100 posts, I imagine not many people want to read every post before suggesting something. Similarly it can be tricky to use the Forum search to find an old related post before making a new topic.

game start button : always on in every pages

if guest can find game start button by clicking one or two step, not intuitive.

Back to this idea, I wonder would having menus that dropdown when you hover over them be useful (not sure on mobile). I’ve seen lichess and chess dot com have menus that expand on hover. I’m imagining this for the Play button, so that a quick way to start a game, or a quick way to get straight to the settings for a custom game is there no matter where you are.

Would that make sense? It doesn’t mess up the current UI layout really, doesn’t need thing to move around that is. 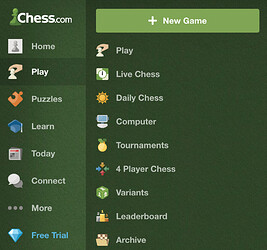 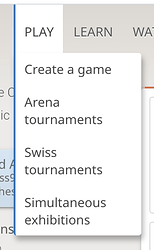 It’s a little hard to explain in detail in English, so I drew a picture. 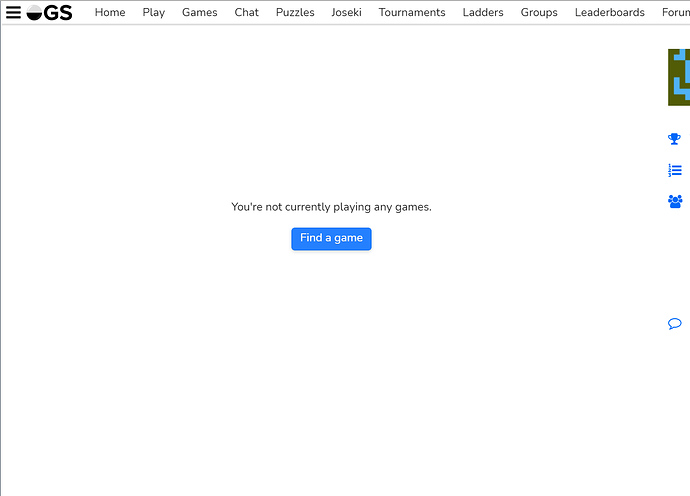 (allowed only one embed) 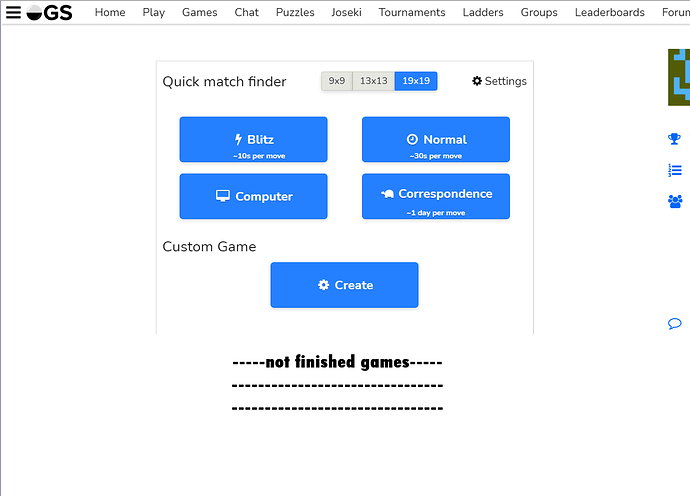 I’m not saying it has to be like this, but if I make it, I’ll try to make it like this.

If you want to see a list of pending games or graphs, you can see them in the play menu, and I think it’s best to make you want to play a delayed or new game of go right away when you log in.

New post, and then make it a wiki post, where people can enter their ideas.
Second step: select the best ideas and put them in Github, for which you do need an account (I have one).
I think it is smart to work with little teams in conceptualising the ideas into solid proposals.
And if you need help, feel free to ask me.

I don’t think there should be a thumbs-down function anywhere on OGS.

What? I’m just saying a discussion about major changes should involve some way to express dissent…

EDIT: My apologies. I see you were responding to another suggestion I made for a dissent option >.< (WOW am I that negative??)

In the case of puzzles, I see what you are saying, but actually I don’t think the question is whether or not we want to express negativity, but in how much detail (binary vs. quinary)

sketchybrush: how do you challenge someone to a game if you know their username?
[ 9:21]Vegetable: top left, search for the player, click name, click challenge
[ 9:45]lightornight2z: challenge?
[ 9:46]FrostedNuke: click any name and you will see the challenge button in there
[ 9:46]lightornight2z: OK

This is one of thr most common question on OGS and to me It’s not intuitive to proceed like that. Some are searching a direct challenge button, and don’t think to click on their opponent name first. Both ways should be made available.