How should White continue in this joseki?

I’ve had this position on my mind lately, ever since @Samraku sprang it on me.

I first checked OJE, which merely calls it a “fighting pattern”. Then I asked Clossius, who pretty much just told me to look it up on Josekipedia. So I looked it up on Josekipedia to discover that the variations there were the same as on Waltheri. With that in mind, I explored the context on Waltheri but the positions were almost all from the midgame.

What is White to play here? 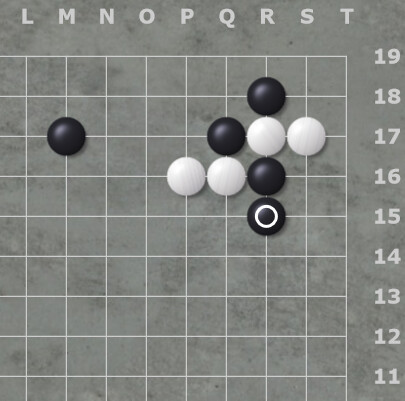 You can obviously take the corner, but it feels a bit sad: 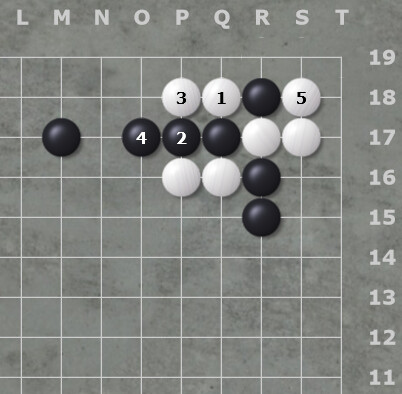 You could also make the ladder sacrifice (which is what I played in the game), but that doesn’t work all that well against this particular pincer spacing: 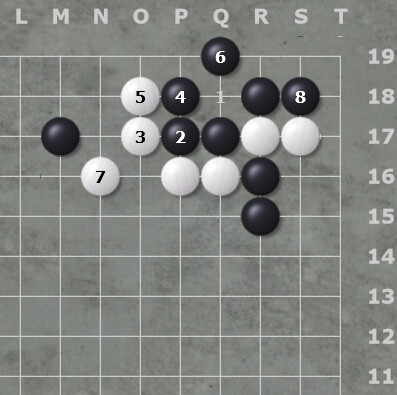 White could simply cover and jump out: 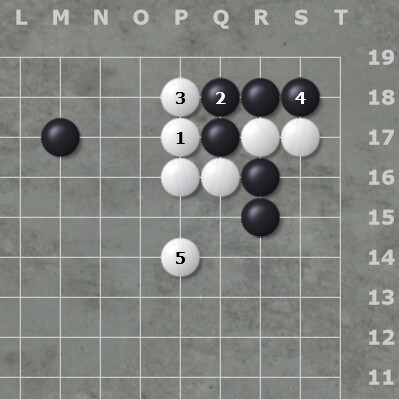 Or he could shoulderhit, although this is a bit suspect as the cut is valid: 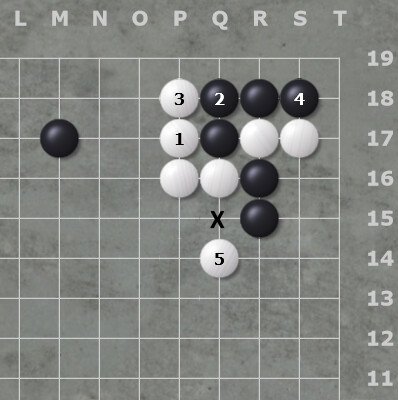 Another couple of variations to think about too involving turning at s18. 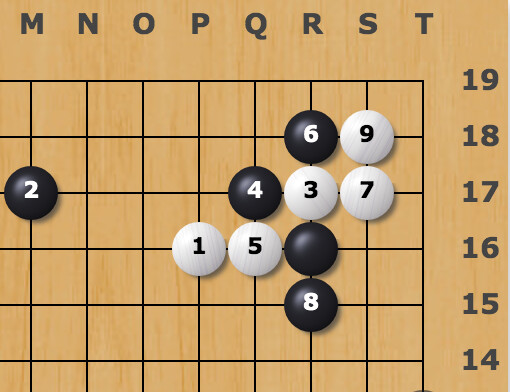 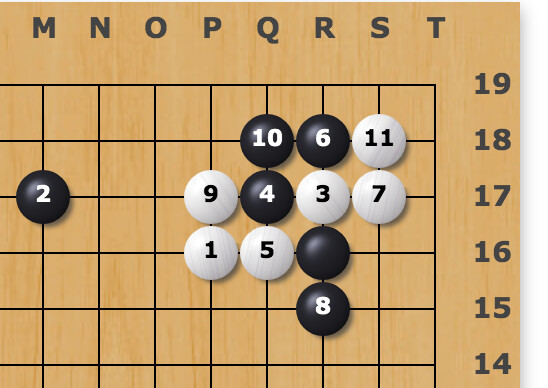 I’ll play the one before the last dia. in the OP
Living in gote inside is unbearable, unless very specific context.

The tetromino response bothers me: 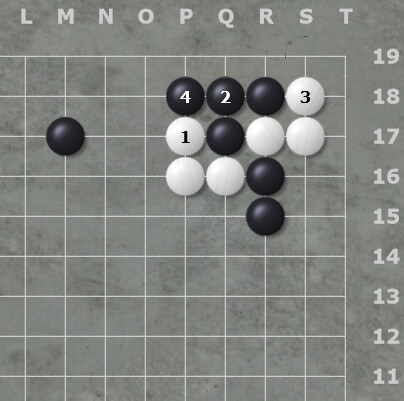 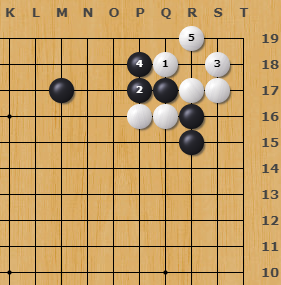 What board did you give it, though? Empty?

empty, and it thinks no tenuki needed

interesting idea to not help black on the top.

The obvious thing you notice is that, compared to (3) P18+, the top-side endgame in Kata’s variation is worse but the right-side endgame is better, and there is also more aji left for White around Q14.

I don’t feel that this is much better than (3) P18+, but there does seem to be a subtle improvement. 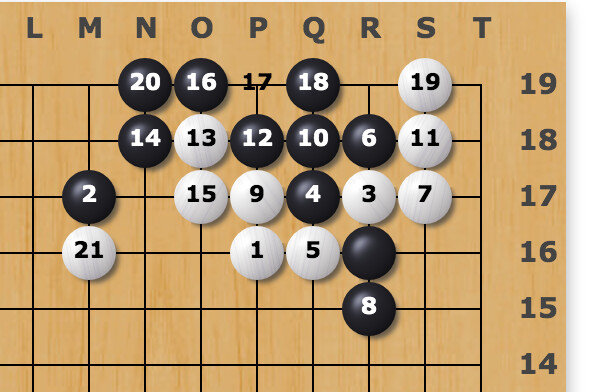 It’s just going to be a fight and how well white manages the middle. Black’s probably not getting a whole lot of points even capturing the corner eventually I guess. 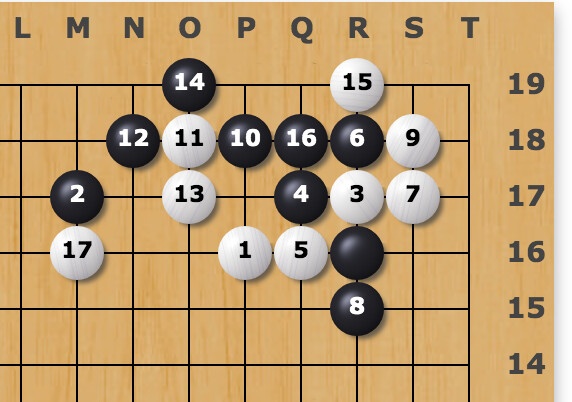 I think there’s lots of reading here to do with capturing races in the corner. How many times one can press/push etc. 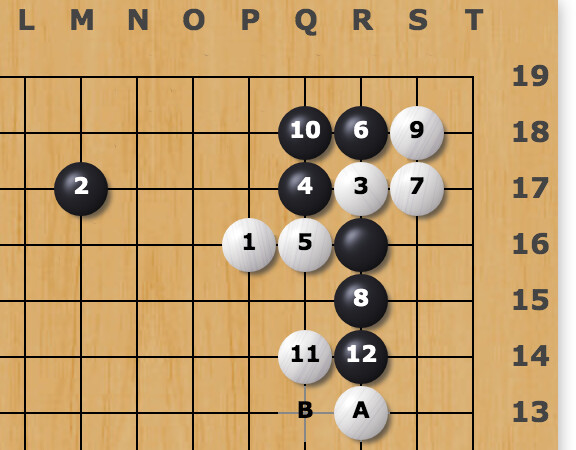 It just branches out a lot. Maybe A at B instead.

Well at this point b tenuki is still huge to me. I.m inclined to add O16 hane

I like this one. When not sure, take the territory first.

Or when you don’t know what to do, tenuki.

Here are continuations from professionals casual games on Fox. Only a few of them were from championship players.

There are many branches, some are probably bad This was most common.

You sure about this, with a medium amount of playouts your diagram is a point worse for White than: 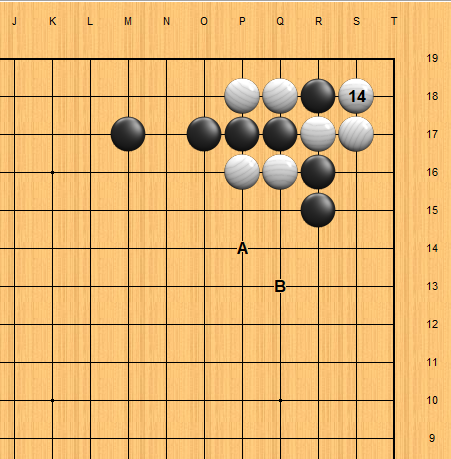