How to behave with clingy opponent

I ended spoiled and confused with some ultra sente “overplaying” (imho, sorry for them if I’m wrong) players. 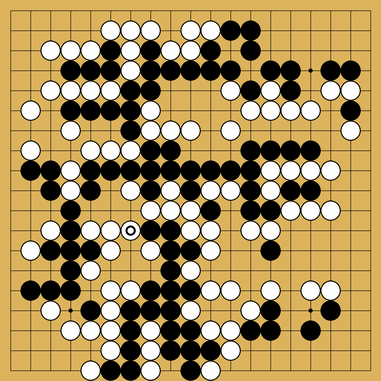 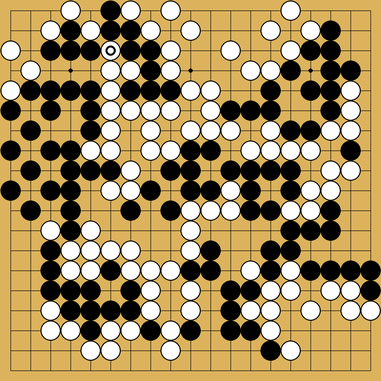 Most of the time I follow, get overconcentred, scamming myself in some tsumego situation and I probably miss big moves, direction, counterpincer… I’m also maybe totally misjudging the whole problem ^^`

How would you play to keep your head clear with this kind of games ?

Tough examples, for me it looks like in those games you were also playing really close to your opponent when you had sente. A lot of shoulderhits, attachments, and pushes in those games, espesially in the latter one and by both players.

I dont really know what else to do tho, sometimes its hard to maintain any safe distance even if you try to ://

You seem to love cutting through a tobi by sacrificing a stone. You did that several times in both of those games.

Offering a ponnuki on the fifth line, oriented towards the center, is rarely a good idea.

Offering a ponnuki on the third line, and surrounding it with a wall on the fifth line, is often okay.

Your opponent can make sure that you can’t connect your groups if they play this way:

But you don’t even need to read that far to realise that playing inside White’s tobi like this is bad. After two moves you get this shape: 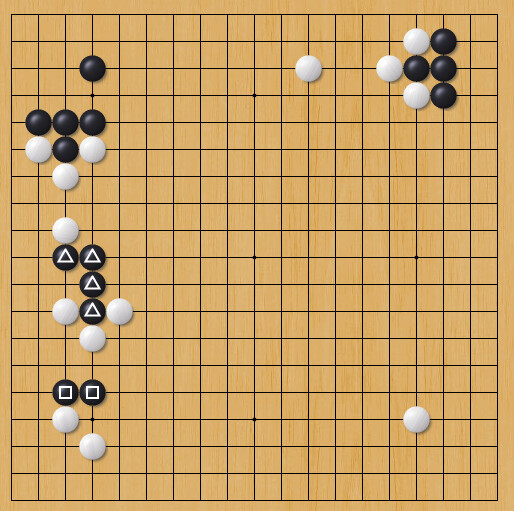 Look at the whole board. Black has played a lot of nobi, resulting in thick and heavy groups. White has not played a single nobi. resulting in light and fast moves.

The kosumi-tsuke is this shape: 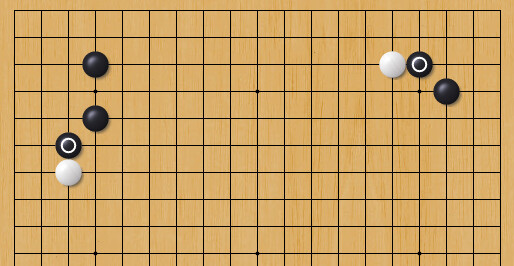 After a kosumi-tsuke, there are two alternatives.

Alternative 1: your opponent extends up with a nobi. As a result, your opponent is a lot stronger than before the tsuke, but you still have weaknesses. 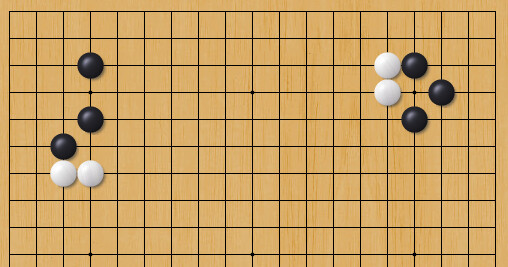 Alternative 1 after kosumi-tsuke: opponent extends up.

Here is one way that White can exploit Black’s weaknesses after Alternative 1. This is not necessarily the best way, just one example. 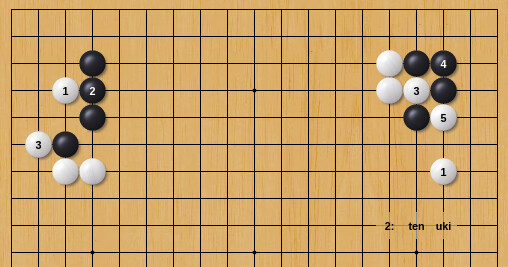 Alternative 2: your opponent plays hane and atari. As a result, you have a very thick and heavy shape, while your opponent has a very light shape. This is what happened in the game. 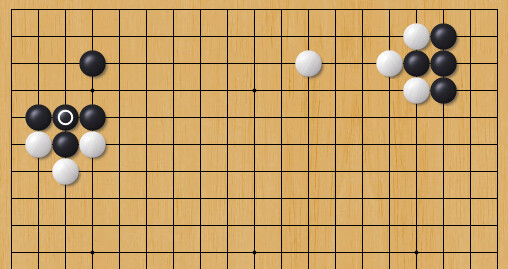 Note that kosumi-tsuke is not necessarily a bad move. But you play it a lot and always end up with the same shapes. I suggest trying to be more imaginative and play more varied moves, and avoiding the kosumi-tsuke can be a first step towards that goal.

Thanks for your wise and generous answers, and for have found and explained some of bad habits I have !