Some players in my Go club seem to be addicted to this joseki: 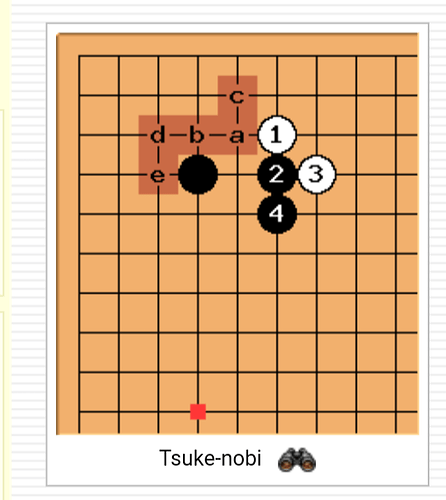 with them as black. They play it almost every time to the point that it becomes annoying. I’ve long since gotten bored of the standard responses: 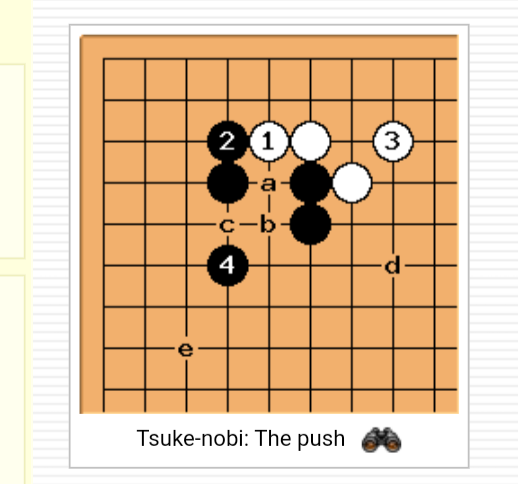 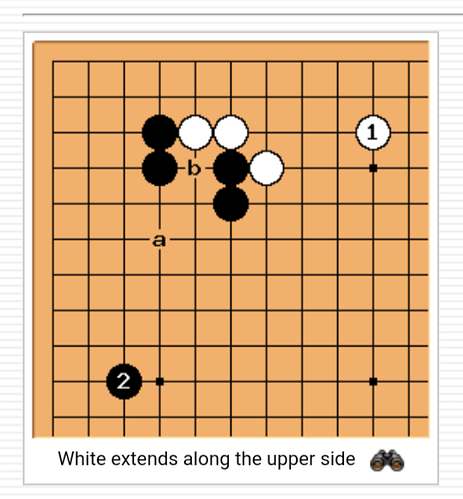 I’ve tried the wedge, but you need a favourable ladder (I once played it without the ladder but then played a ladder block in sente in the opposite corner and it worked out OK): 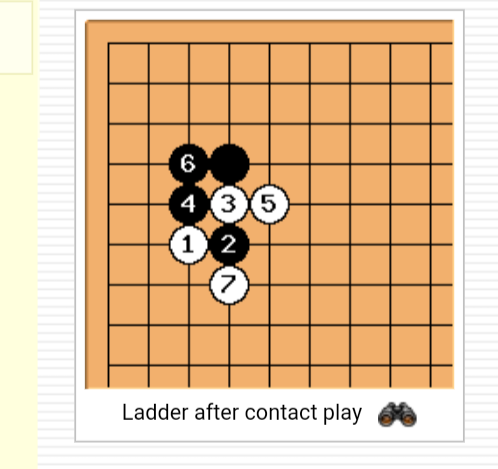 If they choose to avoid the ladder variation: 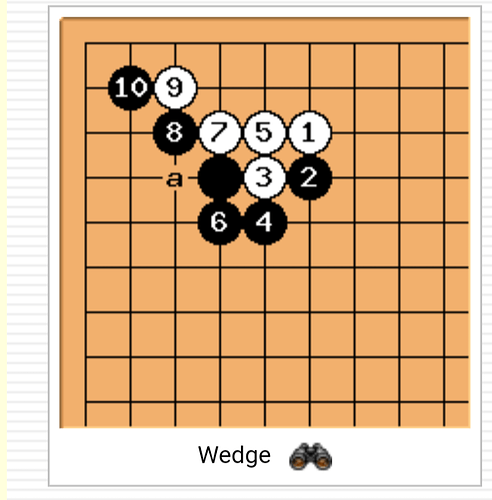 [The attachment] used to be considered joseki, and was one of the most popular joseki taught to beginners, but has been a bit less popular in recent years. The AI revolution has cast doubt on whether it is generally a good move, but it is still seen in professional games in 2019.

The tsuke-nobi itself is mostly popular among weaker players, but for stronger players it is still a good idea if Black wants to build thickness towards the left side, and does not mind giving White a position on the upper side. In other words, Black regards the left side as more important than the top. Often, but certainly not always, there will be a black stone around the marked point [first diagram above]. After B4, White at a, b, c and d are all joseki.

In pro games it is now rare unless justified by the context: either Black getting a very efficient formation relative to the left side, or White getting an overconcentrated formation at the top.

But my Go club opponents play it so often that I’m pretty sure they don’t consider the left more important that the top or that this joseki is justified by context. Rather they are just playing it automatically out of habit or because it’s familiar and they feel comfortable with it.

So my question is… If this joseki is suboptimal, how can I make the most out of it as white? Is there some tactical weakness to exploit like the push through and cut? Or an approach on the other side that makes the whole thing a bit small? Or is it that I have already gained just by the fact that they have played it? So I don’t need to exploit anything, but rather just be happy that I am already slightly ahead. And can anyone give whole board examples of when this joseki is good / bad with an explanation of why?

Note that sometimes you can just let white push through and cash a good 4th line territory, let him capture two meaningless stones.

Push and cut is tricky and in some way an overplay. Used in high handicap games to confuse in a fight.

Then you still have b c d e as variations after 3 to change. Jumping in the san san is quite effective many times, as if black keep his plan to invest on the left your territorial benefit is greater and if not you made him change plan.

Since AI, this white response seems to be more popular that the ones you showed: 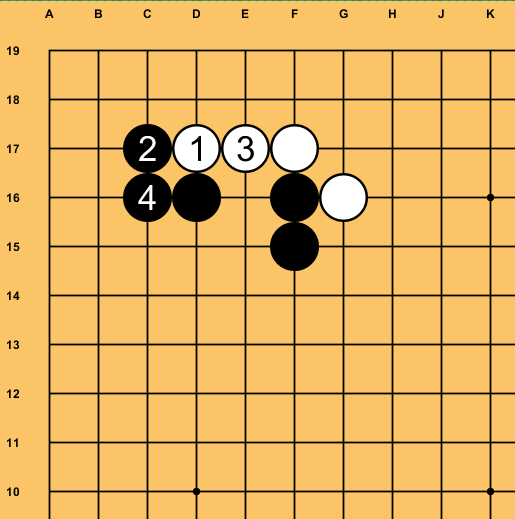 BTW, if you like to likely get sente with white in either of those joseki, you could push up once to create a defect in black’s shape and then defend with a knight move. Black would most likely need to defend their cutting point to end in gote: 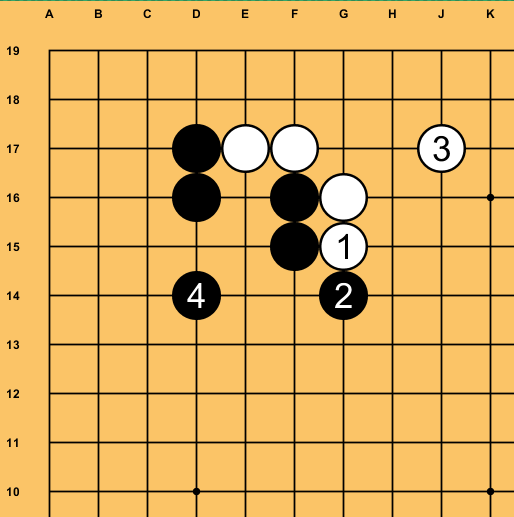 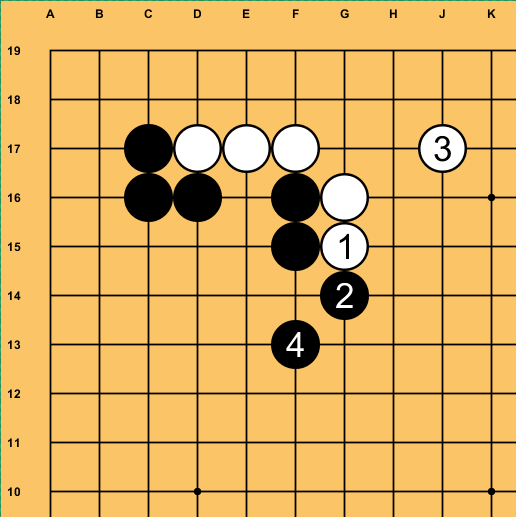 The drawback of that tactic is ofcourse that black becomes quite solid toward the left side.
But white can perhaps exploit that by aiming at making black’s solid shape overconcentrated.

If white wants to avoid giving black thickness towards the left side, this can also be an option: 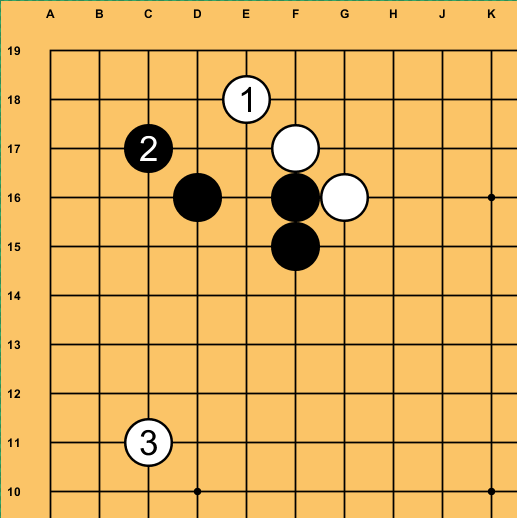 Both that variation and the corner attachment rely on the fact that this result is nowadays considered good for white: 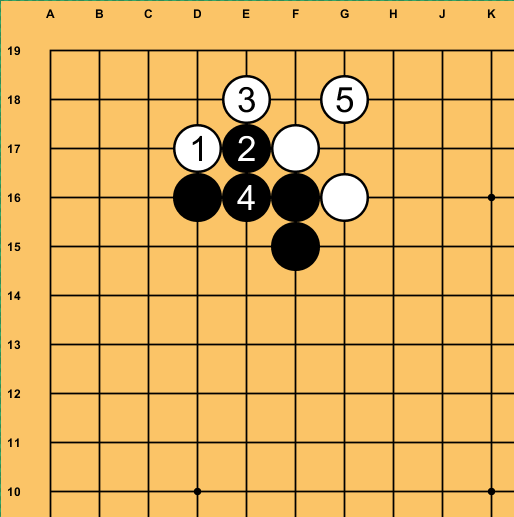 It is true that with attach and extend black tends to get a fairly secure and settled shape, at the cost of helping white settle too. If you don’t like that, the obvious solution is to take black’s base in the corner with the 3-3 invasion, rather than approach at 6-3.

I am fairly certain that they are not “the best” moves, but I like these two a lot: 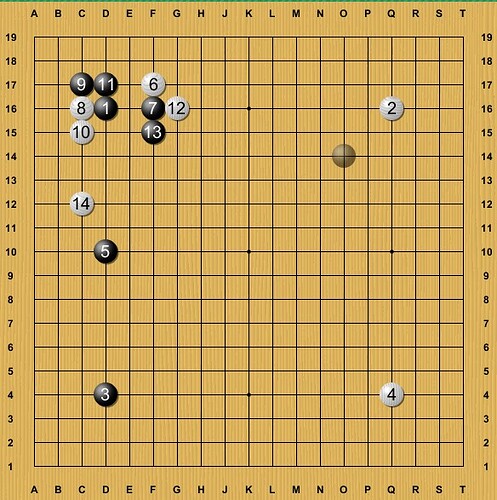 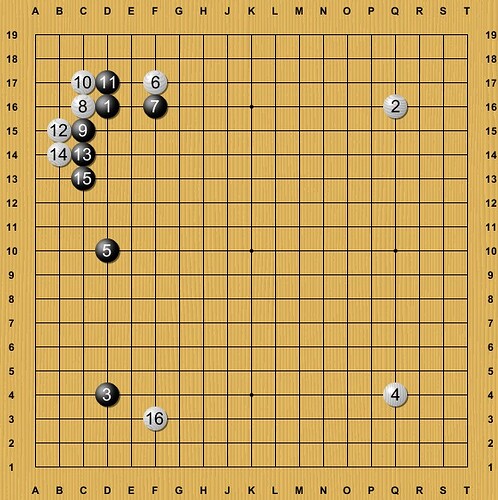 Interesting… Why wouldn’t you play the 3-3 directly at move 8 and leave open the possibility of connecting to F17?

White’s idea with the C16 attachment is to deny black C16, because black C16 would give black a perfect wall facing the left side, for example like this: 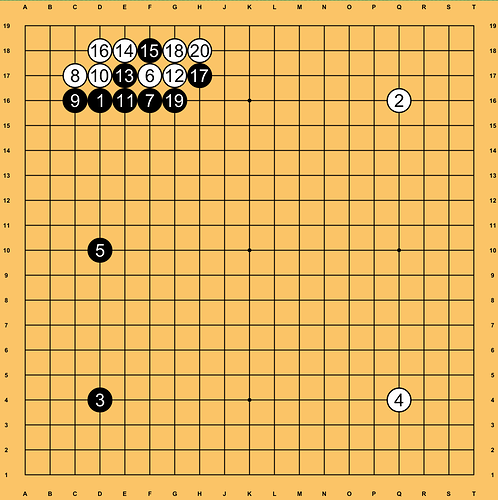 That outcome may also result from a direct 3-3 invasion (a more usual move order): 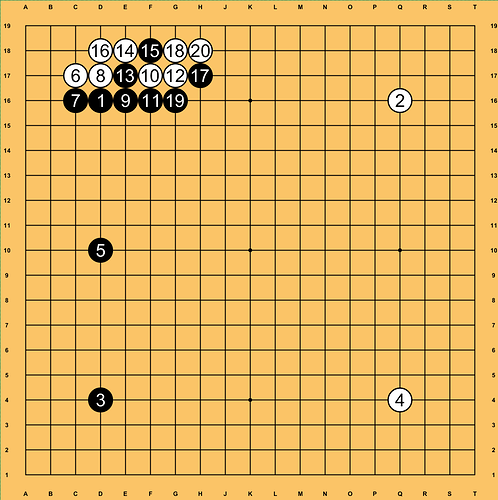 image980×982 38.6 KB
AI usually consider that result fair and even, but I can imagine that some human players would feel dissatisfied with white, because of black’s intimidating moyo.

So to avoid something like that, white could ensure a different result by starting with the C16 attachment (without even approaching at F17 first).
Black can then still make a little wall facing the left side, 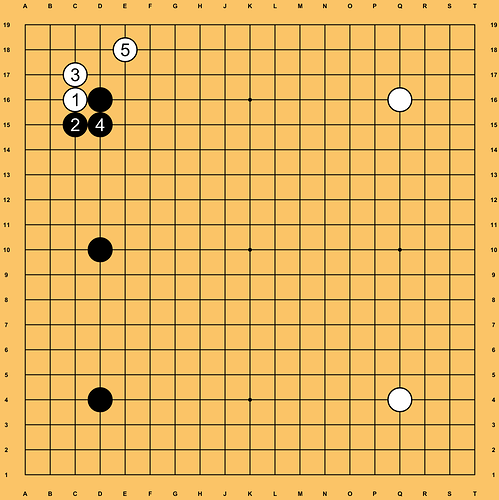 image979×980 28.9 KB
but this result is a gain for white compared to the 3-3 invasion. White’s corner has better aji (black pressing at F17 is not even sente) so black doesn’t have forcing moves to make his wall as big as in the variations above with a 3-3- invasion.

So black should normally take the corner, allowing white to get a base on the left side, for example: 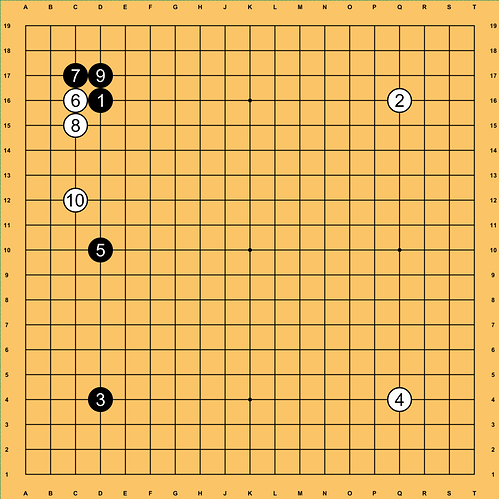 image981×981 34.7 KB
This result is a gain for black who secured the corner and now has good prospects to for a nice territory on the upper side/upper left, while white’s global development is a bit slow.
Still, white successfully thwarted black’s plan to build a big moyo on the left side.

So if you’re white and you are willing to pay a few points upfront to deny a big moyo on the left side and let black decide the flow of the game, you could give the C16 attachment a try.