How to deal with a jump from one of the stones from a 2 space extension?

https://online-go.com/game/9301642 on move 21 I played just because I saw somewhere, so I tried, so how this moves works, doesn´t work very well for me

I’m just a beginner, but move 21 looks like a peep, which people play as a forcing move to help build up something they are building in sente.

In your case, you peeped in a place where your stone had no support and it wasn’t building anything: you just got a lonely stone in sente. With the sente, you played even deeper into his territory, so the newly-forming group was already surrounded and in trouble (dead, in fact).

If you had peeped one higher up first, it might have been the beginning of building a strong group in that area taking away his moyo. I put an example in the chat, though it’s “just an example”, not sure if it is good - it’s just supposed to show that if you peep and they have to respond then you get a free turn playing in that same area to build something with.

I am just fresh-ish SDK, but it seems like you just threw fundamentals out of window. You have pincered group and you tenuki twice. So opponent start attacking you and gets nice profit. Move 21 should be shape move to make sure your group is safe imho. If you run its more profit for white. So 21 something like C5, D6, D8 or G4. J4 seems like cool move if (and only if) you group is already strong. 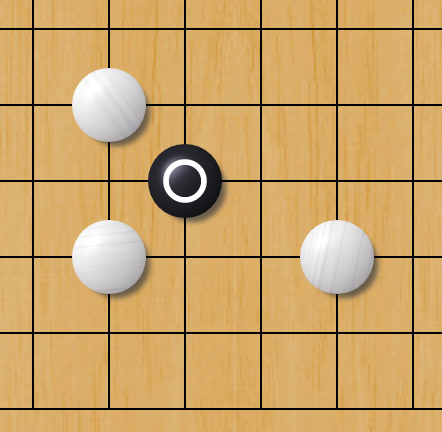 To my understanding, the peep is usually a probe to see how white chooses to connect his stones – then you can decide how you can make use of the aji based on white’s choices. Of course, how exactly you should deal with it really depends on what the rest of the board looks like. But given the local position as is, it is simply a probe. 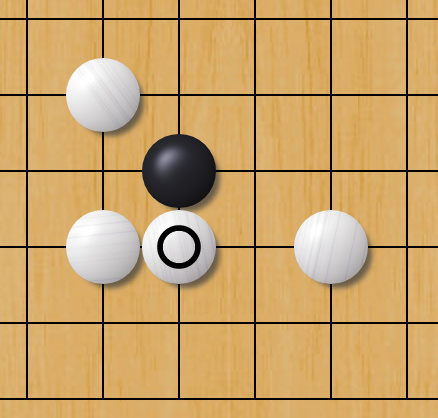 If white decides to connect on the 3rd line and treat the 1 space jump lightly, then there is the aji of a push and cut, or an attachment on the white stone to the right. Depending on the rest of the board, you can choose your strategy. 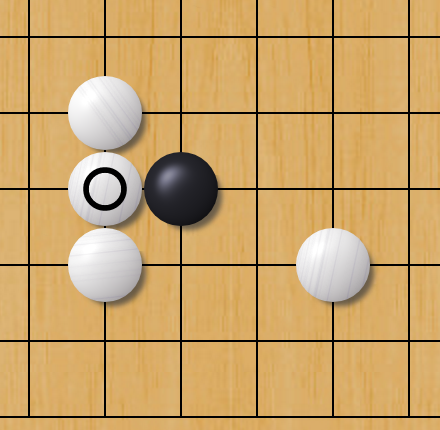 If white decides to connect in this way, and treat the two space extension lightly, then there will be aji to separate the white stones later.

Of course, you don’t have to play the moves immediately. But just know that the aji is there, so you can choose the most appropriate timing to implement your strategy.

That being said…
In the real game your black group on the bottom left was in some very serious trouble because you tenukied when you should not have. It’s hard for me to say whether the peep at 21 is useful at this point, because the white group is already very robust with the addition of one more 1-space jump.

I don’t think the corner enclosure on move 13 is worth the unsettled black group (and settling it is perhaps the most urgent thing on the board) – it’s an example of trying to take a large point before you took the urgent point, a fundamental mistake. Urgent points > large points!

Don’t go fishing when your house is on fire.