How to defend a safe territory against invasion

This is a question about something that keeps on frustrating me: how to defend against an invasion inside a territory which already seems safe?
In the example, I am black and I have a fairly safe looking territory. White attacks with “1”, and I defend with “2”. Probably this defense is already wrong (too close to “1”?):

In any case, the situation ended up with white having two eyes. How could I have avoided this? 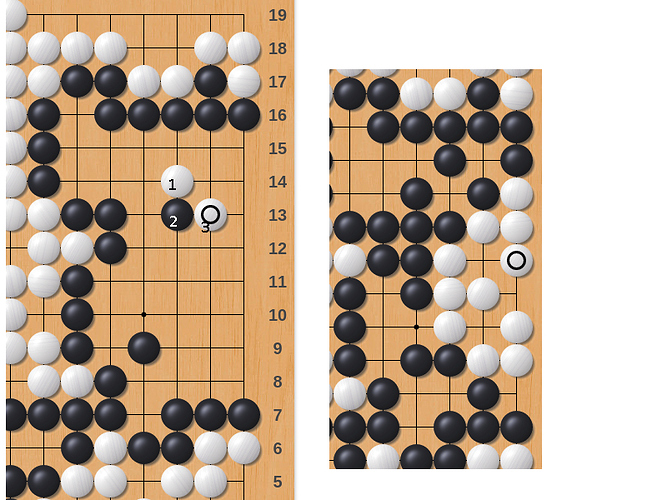 White’s invasion should have failed. Playing contact plays to attack often inadvertently strengthens your opponent. There’s proverb along the lines of “attack with non-contact moves, defend with contact moves”. In this situation, you are the attacker since you need to kill that invading group, while the opponent is defending in a desperate attempt to make life.

Playing the response just one stone lower would have been better. Deny white from having access to stretch along the edge.

Here are some broad principles to kill such invasions:

If you want to practice, fork the game, and I can play it against you.

In general, practice go problems (tsumego) to get stronger at reading.

Well, you could’ve killed it immediately, if you played 2 on 3, probably. But it all doesn’t matter, because to kill something you need to see if you can put your opponent in atari, which you missed, also knowing killable shapes, like bulky five would help. All high-level principles of killing will fail, you don’t see important atari when it matters.

Edit: It’s good that your opponent decided to invade such a secure place though, because now you know your weakness.

Biggest mistake here is attaching to the white stone. A one space approach from underneath is probably the most straight forward way of surrounding and limiting the space available for the stone to live.

Hope you don’t mind me sharing the whole game, so people can see what the sequence was. It is hard to comment without seeing the actual moves, but just the result. 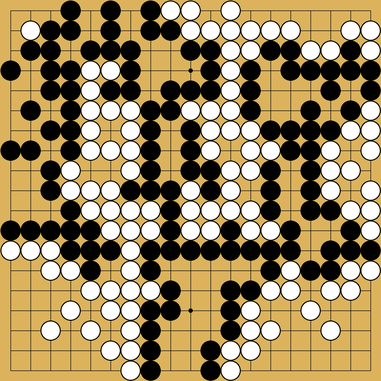 It is of course always best if you can read ahead, but there are several principles that usually help:

1st violated one was stay strong. Meaning do not create weaknesses for your opponent to harass. That often means do not attach to a weak stone. To explain: by attaching to a weak stone you create a situation where both stones have 3 liberties but it is your opponent’s turn, so he/she is actually ahead in the capturing race. In the game you ended up having to defend your lone stone (move 199) which basically gave your opponent one “free” turn.

You want to deny your opponent a base. It is much easier to find an eye near an edge (where one side is blocked off for you) than in the center (where you have to defend from all four sides). Therefore not letting your opponent stretch along the edge is a good idea.

Only when your opponent is boxed in and has nowhere to strech to, you usually want to play inside the group to “steal” the possible division for the two eyes. But that requires reading. Do not just throw stones in hoping for the best (move T11 was the final nail in the coffin and only helped your opponent)

Situations like these are perfect for reading practice! There is usually not a lot of moves to consider and only several responses. Do not be lazy to read them out! Maybe you were under time pressure, but if so, try to read it out after the game.

You could have still gotten a simple kill quite near the end.
Try to find it yourself. if you can’t check the

To practice this ad nauseam, play the shape game.

I really don’t think attaching to the weak stone was the problem, here. The issue was the follow up.

First, learn your killing shapes. S11 or S12 at move 213 would kill white. Second, focus on denying your opponent space to make eyes, and on staying strong.

Here’s a review covering most of the critical variations, with some explanation as to what’s going on: https://online-go.com/review/315313

I really don’t think attaching to the weak stone was the problem, here. The issue was the follow up.

Attaching to the weak stone was probably not an unrecoverable mistake, but nevertheless, it would be a bad habit to reinforce.

@alasala When your opponent makes an invasion into a strong group, the things you want to look for are the connectedness of your own stones. Anything your opponent can play to threaten their connectedness will be a forcing move he/she can use to help develop a living shape in sente. Invasions like this apply the same basic rules for life and death as in any other situation: your opponent must make 2 eyes to live. With that in mind, the only thing you really need to do is prevent them from forming a shape that can make 2 eyes.

In this particular case, you could have actually allowed your opponent to play 3 times in a row inside your territory before you responded without any concern of him/her being able to live at all.

Wow! I didn’t expect so many replies so fast! I will study all your suggestions in the following days/weeks. Clearly, I still have a lot to learn. Thank you all very much, I appreciate it very much!