View and edit SGF files on the Web or your computer, in your browser

For Chrome
For Firefox
For Wordpress 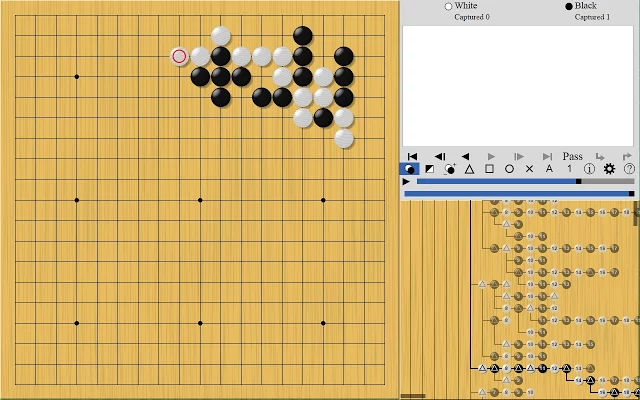 I for one think it’s awesome! You can edit SGF and also open SGF you find on the Web. Try it on http://www.gokifu.com/, for example, or any SGF link.

Found via the developer’s notice on L19, lots of info and discussion about it there.

Note: You need to mark this checkbox in the plugin’s settings on Chrome’s Extensions page

Here’s a nice animation I exported from the plugin (if you have installed the plugin, enter this SGF link in a new browser tab: http://gosensations.com/images/events/g44.sgf (I made the URL “preformatted text” to prevent the embedding of the EidoGo player here):

edited and added the animation

Nice, this is veryy useful! I just wanted to complain, that there is no score estimator. BUT, then I saw the feedback in one of the extension comments: 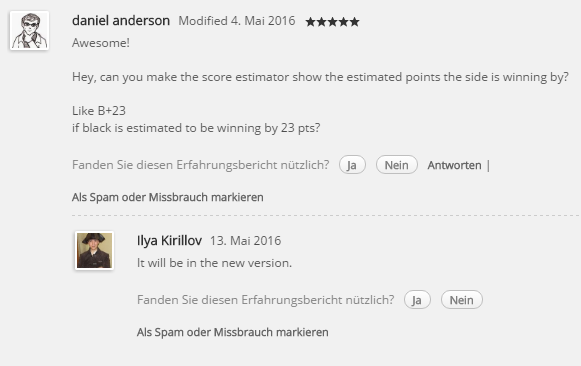 And re: Score Estimator: just keep in mind that any such thing can always only be a rough estimation, and any open borders will lead to a SE being confused, as will some false eyes and (AFAIK) certain Dame points.

a chrome extension to edit sgf files.
one of the best feature: you can export the game into a gif.

This is a nice, open-source tool. There used be a web-based version as well, but it appears that the domain name registration lapsed and it was snatched up by a spam/scammer:

and it was snatched up by a spam/scammer

@andysif, I’ve taken liberty to move your thread to an older, pre-existing thread (from 2015!)

move your thread to an older, pre-existing thread

I love this forum so much <3 every other damn forum on the internet is like “hurr durr that topic is 2 weeks old, make a new one noob” and we’re like “hey, these are all saying the same thing! let’s collate that useful information into a coherent blob”