I am having lots of trouble winning a go game

Hi any reader here,
I have played about 30 go games and I am not sure I won single one.
When I start out it looks all fine but then further in I get completely pummled Game 1.sgf (2.2 KB)
, I try to gain territory connect my stones and distract my opponents force by putting a stone to attack when I can, but the position always turns bad and I feel like it only goes downhill from there and I also end up losing stones and getting them trapped, am I putting stones to close together?? Would like any advice on the mistakes I am making

You must learn the basics of “shape” and “life and death”.
You made a lot of useless moves in the end, throwing you stones in the middle of solid white’s territory (I assume you were black).

Do you know this site?
http://playgo.to/iwtg/en/

I also recommend these two tutorials (made as puzzle collections) by Mark5000: 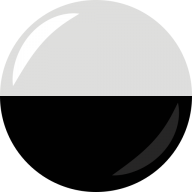 I found them very helpful at the beginning.

Have you tried smaller boards? 9x9?

Lysnew yes I was black
The reason I made all those useless moves at the the end because I felt like there was no purpose of placing stones in the territory that was surrounded by my own stones because my opponent wouldn’t be able to do Anything there and so I could fill in stones there at the very end and for now try to fight my opponents territory and create some distractions?

I started out playing 9x9 against igowin. You start with a lot of handicap, and then the handicap is reduced as you start winning. If you spend some hours doing that, you learn how to most easily win games, and you start recognise shapes and common patterns, and you get a general idea of what is important and what you should focus on. Then come back and start playing either 9x9, 13x13 or 19x19 here at ogs. Highly recommended, worked well for me.

You say that you tried to gain territory and stay connected, but your moves contradict you.

Several times, you set your stones up to be cut apart on the immediately following move (r6, p14, g17). You neglect potential connections like move 20 at n5.

Here is my practical advice:

For the same reason there’s no purpose of placing stones in the territory surrounded by you opponent, unless you figure a way to either cut his border or create an alive group inside his territory.
Your moves in the top three rows coudn’t do any of those.
Perhaps now you don’t recognize it yet, but you will soon.

I think a good place for you to start is to remember: corners, sides, center. This is the order of areas that you generally want to go for first. The most important is corners.
Also, the second thing you should commit to memory is: big moves before little moves, and urgent moves before big.

Remembering these two thing will help you throughout your time playing go. Of course… life and death, and tesuji are really important. But those take time to learn, these sayings will direct you to sound technique, and the rest will come with time.

I can definitely relate. Go is such a large and complex game, with so many unwritten rules and rituals that it can be very difficult to understand WHY you’re making a mistake. Because you are free to place stones anywhere on the board, one feels a certain options paralysis because it’s so hard to tell why one move is better than another (especially for beginner players).

In times like these, you want to fall back on studying THE BASICS

For me, a good place to start was this Dwyrin video

IMHO this is something you need to watch TWICE. The first time you see it, it might take a while to really understand what he’s getting at - WHY these efficient moves are going to add up to something good at the end. Once that light bulb goes off in your head, watch it again from the beginning.

Basically, the short version is - you are building a wall that encloses territory one stone at a time. However, the most efficient way to build that wall is to always apply a certain amount of pressure against your opponent in areas that they are vulnerable - so that each stone can serve more than one purpose at a time (i.e. threatening something, but also extending you territory if possible, etc).

I keep coming back to this post, replaying your game and coming up with more stuff to talk about. I keep remembering that feeling of confusion I had when I was starting out, contrasting that with what I know now, and scratching my head as to how to help someone else get from confusion to clarity.

I keep coming back to the concept that things that are obvious for me are far from obvious for you. For instance, you probably thought you were doing something useful within the first 10 moves of the game. But to myself (and any fairly decent DDK player) those moves in the middle are basically wasted moves. They’re almost as bad as just passing. Why? Well, let me back up and talk a bit about theory.

Several people have mentioned CORNER > SIDES > MIDDLE. Why is that an important rule of thumb for the opening game?

The reason is - in this game - efficiency matters. Both black and white are asked to do too much with too little, and so every move has to count. If a move can serve a double or triple purpose all the better because every little bit matters. As such, rules like CORNERS>SIDES>MIDDLE aren’t just arbitrary rules of thumb that people have come up with. They are emergent properties of the game itself.

Now, of course, you almost never see a game where there are nice, prefectly rectangular enclosures - usually they’re messy shapes, but the same basic limitations apply regardless - the more you can use the edges to act as your walls, the fewer stones you need to use to eventually enclose something.

So, with that in mind, let’s just replay the first 9 moves of your game.

You are already starting off with a 3 stone head start when white plays Q3. You already have 3 stones in the other corners, but (as you soon discovered) lone stones by themselves are vulnerable to being surrounded and captured. They are the beginning of something useful, but the aren’t quite useful by themselves yet.

Now, a more experienced player would have played something like R5 (to keep white from taking the whole lower right corner). Chances are white would have responded with O4 and then black would have secured with Q4 or Q6.

Alternately, a less aggressive response would have been to play at K16 or D10 - to try and claim either the top or the left side and develop a framework there.

Instead you played at J12. If this was an attempt to grab the entire upper left side of the board, it was not an effective way to do that. Why? Well because there is WAY too much space between your 4 stones on the board. It would be very easy for white to play anywhere along the 16 line between your D and Q stones, or on the D line between your D4 and D16 stones. The J12 stone isn’t attacking white, it’s not securing any territory, and it is a very inefficient way to enclose any territory. For all intents and purposes, it’s not actually doing anything at all.

Next, white plays R5. White wants that lower right corner and is putting its stones fairly close together (a knight’s move) to make it difficult for you to get into the space between them and the corner. Once again, just about anywhere along the edge would have been a good response.

Instead you play at L8. Once again, this stone is much too far away from any other stones to be well-connected (even the J12 stone can be cut just by white playing K10). It doesn’t threaten white and it doesn’t enclose territory. It’s like you passed.

Now, white is following the CORNERS>SIDES>MIDDLE rule of thumb, and it approaches you at R14. The standard response (joseki) would be for you to play O17. That way, a few moves later, black and white split the upper right corner fairly evenly.

You however, ignored the threat of the R14 stone and played at O8. Once again, this move doesn’t threaten white, and encloses no territory. It is fairly connected to the L8 stone, but that group isn’t really DOING anything. It’s just hanging out in the middle.

Seeing that you’ve put up no resistance, white plays O17 and pretty much captures your upper right corner. Yes, I know it doesn’t actually OFFICIALLY get captured until the middle of the game, but the stones there are just dead men walking. They just don’t realize they’re dead yet.

Rather than defending the corner you play at R8. This move still has the same problem - it’s not enclosing territory, and it’s not threatening white.

Anyway, that’s enough for a mini-review. My goal isn’t to berate you for doing badly, but to help you see a way to do better.

I hope this was useful