I can't seem to understand removal of dead stones Easily capture screenshots, GIFs, and replays that are ready to share. Download the free app for windows and mac.

It seems to me that the lower left white stones are dead. It is arguable because the blacks stones to the left don’t have 2 eyes. But how do I contest this? When I clicked on the 3 white stones it just decided that I’d claimed the entire board as mine. I’m obviously missing something simple, but I cant find a tutorial.

The three White stones are dead because there is nothing White can do to prevent them from being dead. I recommend playing with the position and trying to save them. The three Black stones are effectively connected to the rest of the Black stones because the three White stones are dead. It is also important to understand that a player is never required to capture dead stones. Doing so causes the loss of points under Japanese rules.

Something else relevant in this position is that the game is not actually completely over, even though both players passed: the borders between your territories are not finished (around A3 / A4). Sometimes the auto-score algorithm on the website is generous and will score a position like this anyway, but the normal rules of the game require you to finish the border before the game can have a definite score. That is why it “decided that [you’d] claimed the entire board as [yours].” (Because Black’s and White’s areas are connected, it is treated as a single potential territory, and neither player has that one potential territory completely surrounded.)

To fix that part of the issue, you could have selected “resume game” from the scoring screen, and then finished the border. Note also that there is usually one or two extra points to be made if you are the player to start finishing a particular border, rather than passing.

The last update of the autoscore brought it into conformance with the rules of go in regard to unclosed territory. The screenshot does not show the autoscore, but some kind of AI evaluation. There does remain an autoscore bug that, for reasons unknown, causes closed territory and dead stones to be unscored (unmarked). This bug has existed since August of 2020. The last update almost eradicated the bug, but recently it has been reemerging.

The opposite effect, where the autoscore used to score unclosed territory, does not occur anymore to my knowledge and observation, and I watch a lot of games.

Pro tip: you don’t need to enlist the help of a third-party photo hosting service to post pictures in the forums! 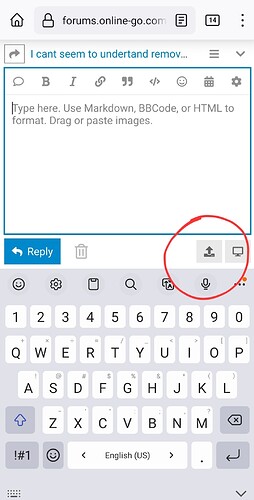 Ah, but I like the simplicity of just dragging a dropping a square to mark a screenshot, then I can just upload the link. Rather than, screenshotting a whole page, opening it up in ms paint and cropping the image. I’m obviously doing it a rather stupid way with the mspaint thing etc. any protips for making that task a little simpler? or indeed a better third party image hosting?

There should be built in screenshot functionality for windows and Mac these days.

Windows 10,11: Shift+windows key+S - should also allow to screenshot by dragging a box. (Some snip and sketch tool, unless it was removed)

It’s supposed to copy to clipboard also, so likely you can just paste straight into a forum post, though I’d need to test it

Could be something to play around with.