I don't understand some AI suggestions

… And of course anything else I missed.

I think the idea on (10) is that if Black cuts, you can play something like this: 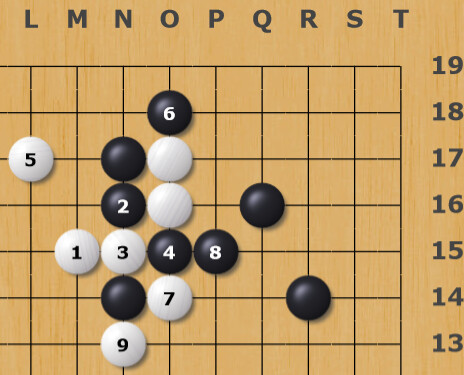 Having that sequence in your pocket means that (1) functions as a lighter travelling move.

On (12), the marked stones are low on liberties so it doesn’t really matter whether you jump or push. Pushing was blue, though. 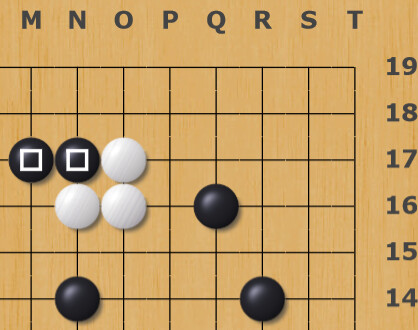 As regards the lower left, at (41) you had this tesuji: 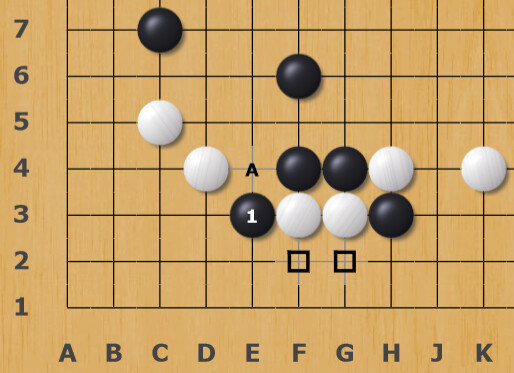 If White A, Black 口 captures the two stones. So, we can expect play to continue like this: 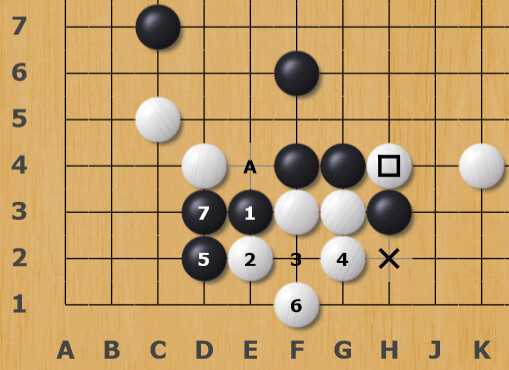 Black appears to take the corner, although White A taps into a lot of aji. Note that Black X isn’t an immediate issue for White due to the presence of the 口 stone.

Pretty sure the question was why the AI suggests (10) M15, the keima.

This is a very general topic that applies to many situations in most of games, but I worry that going into details would go too far for a 21k game review. To do this topic justice, it would easily take an hour long lecture with lots of examples from joseki, middle game fights, etcetera.

And the actual game moves are not mistakes (they lose very little), so the nuances are not that important for this game.

I’m sorry if I wrote it in a confusing way, about move 10 I didn’t understand why AI suggests L17 instead of M17. It felt more natural for me to walk rather than jump. And at my next move, it suggests K17 instead of L17.

I suspect though that the explanation is too advanced for me anyway. I see what @bugcat is saying, but I can’t imagine myself thinking of that play. I will look into it again tomorrow, with a clear head.

I think the idea on (10) is that if Black cuts, you can play something like this:

I doubt that this variation is what the AI has in mind from white M15. In particular, allowing black O18 seems like a huge point loss to me. So I think white should play move 5 at N18, which is very painful for black, so black should not allow that.
So black can’t really cut, and that is the reason why white can play a knight move, moving out more speedy than by pushing at N16.

I’m sorry if I wrote it in a confusing way, about move 10 I didn’t understand why AI suggests L17 instead of M17. It felt more natural for me to walk rather than jump. And at my next move, it suggests K17 instead of L17.

I think most players around your level (and a lot stronger too) would have played black 11 as an extension to M17, like in the game. It is natural to defend the N17 stone.

My guess is that the AI feels that the extension is somewhat slow and heavy, so it suggests the jump to L17 with the intention of sacrificing N17 in exchange for building up the upper side for black (if white responds with M17 black will extend up to L16 and the AI feels that this is a 0.5 point improvement for black, compared to the game move).

That is a general issue of AI reviews at this level. AI are super nitpicky about every possible optimisation. It’s not aware that this is a 20k game. So it doesn’t know when it’s better to say nothing.
It’s a bit like having an autistic mathematical genius correcting a math test of a 3rd grader.

Ah, I should remember this when some suggestions don’t make sense to me.

When checking AI reviews of your games, I wouldn’t worry about mistakes losing less than about 2 points and instead only focus on moments in the game where there is a large change in score (a big ramp up or down in the score graph, such as move 124, losing almost 70 points in one blow).

Oh, and don’t use the win% metric in those reviews. It’s mostly useless for mere mortals. Instead, use the score metric.

From move 14 until move 29 it suggest that black plays at L16 to “heighten” their upper side moyo and it also suggests that white “flattens” it with a knight move at K15 or a push at L16.
As white’s “flattening” is more or less sente, the AI feels that this is an urgent matter. And urgent moves (often sente or even double sente) go before big moves (often losing sente), such as moves near white’s lower side corners.

A ladder would only appear if white responds incorrectly to black E3 (somewhere from move 39 to move 43). That might well happen in a game at this level, but the AI doesn’t assume that. So it only sees black E3 as a move that takes away white points in the corner and decreasing white’s lead.

The fighting in the lower left increases white’s lead from about 10 points around move 30 to about 35 points around move 70.
By saving a group, do you mean the clump of stones around F5?
You could still have saved them on move 59, but I don’t think that would have mattered much. On move 58, white was already leading by 33 points. So the damage was already done earlier, giving white 30 points of territory in the corner while you were making 2 weak groups around H6 (weak groups may be worth negative points).

Moves 119, 120, 121, it gives the played move as the best move but at the same time as the move reducing winning percentage by almost 10% each time, which is not negligible, and also I don’t understand what it wants to do!

Those black moves also “work” in a sense, but black is making it difficult for themselves by allowing white to make some eyespace, giving white opportunities to turn a dead group into a race-to-capture, forcing black to add many moves inside to kill off white’s group. So black is losing points here.

Move 171, what does E19 do? When AI gives a move as game-changing, but then suggests opponent should respond by tenuki, I just don’t get it.
Oh, wait, it’s the second eye for white, isn’t it? But can’t white just kill those black stones in the corner? Nope, still confused.

Black’s corner has only 1 eye on move 171. But by taking away white’s 2nd eye with E19, white’s E18 group will also have only 1 eye. So it would become a seki or a race-to-capture (potentially involving a ko). Also note that white’s D17 group isn’t fully alive either if black’s corner is not definitely dead.
With the game move, black loses the potential capturing races more quickly, and thereby black loses the lead.

At move 199, it starts suggesting R4 again. Would it have made a difference? Since it considers the game lost, percentages are meaningless again.

Better to use the score metric. After move 198, white was leading by 11 points. R4 is merely the biggest endgame move, so the AI wants to take it, instead of trying things in the upper left that don’t really improve black’s score situation.

How did I lose the right side? Could it be prevented? I can’t “see” it. I had to go to the corner and defend that area at the same time, I can’t see what move I could spare.

You lost the right side by ignoring some white moves that threatened it. For instance, you should have just responded at P6 on move 237. And then you made a couple more mistakes by not playing at Q7 to link up on moves 247 or move 249.

For the top pro games, 10% AI equals to about 1 point. So you don’t want to be too serious to this 4% difference.

On the other hand, the jump vs crawl concept is important. At least you need to be aware of this option.