why did I lose? Should I quit? Am I Stupid?
Please tell me. 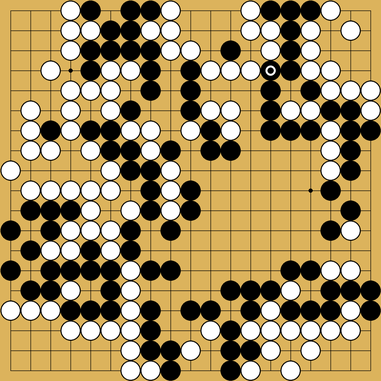 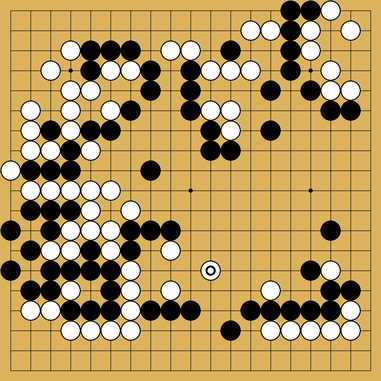 also remember that sometimes the value of a threat is greatest when it is a possibility, not when it is actually used. i.e. The threat of a cut is greater than actually cutting.

I looks pretty good overall, but you make some moves that are quite obvious due to not being quite in the game mentally. It happens to everyone and it can be good to take a few days off from playing, eat and sleep well do some tsumego and later play once you feel the motivation again.

That’s also one of the strongest 11k I’ve seen so far.

I hate this game too, I fully understand. The only reason I keep on playing it is because it’s possible to play fast, short games (set your timing to Byo-Yomi, or it keeps on incrementing forever) so it’s an easy way to have a break during your work. So my advice is just that: play fast, short games, use the Byo-Yomi clock (or the absolute timer) and quit as soon as you see you lost or when the game gets too boring (for instance, too symmetrical). Try to open on the diagonal corners, that makes the game less boring.

The way I see it, this game turned on something that happened within the first 30 moves - and once that die was cast, there was no coming back from it.

This creates a huge threat for white - if black can grab the entire right side and extend to the middle, white is behind. As such, for MOVE 30, it might have made more sense to approach the right side somewhere and establish a presence - anything to keep black from establishing and solidifying that right side framework.

Instead, you used MOVE 30 to try and grab the left side with C10. The problem is - black countered at C5, and managed to establish a foothold on the bottom left. Then black went on to invade the top left as well, giving it even more influence in the middle. If you look at the board at MOVE 69 - the game is already won. Everything else is just black defending that center moyo connected to the edge on the right.

This is a really easy mistake to make in the opening because it’s so easy to focus on fighting for individual corners / frameworks, and it’s hard to zoom out, look at the whole board, and see the forest for the trees.

So yeah, I’ve started forcing myself to always do this thing in the early opening game where at move 15, 20, 25, and 30, I always step back, check if my opponent has a shot at developing a super-broad framework on two opposing edges, and to approach/disrupt that framework at all costs. Those key opportunities to turn the tide of the game can arise / evaporate very quickly, so watch for them and don’t miss them!

Thank you guys for your time.

Hi TonyBe,
Thank you for this very enlightening comment that gives me objective and instructive on my game. see you.
NiBo

Thank you guys for your time and support.