Idea for a Novel

So, I got this really cool idea for a novel about Go.

It’s basically a continent called Gosteros, split into many different lands that are ruled by Houses. (House Honinbo, House Inoue, House Yasui, etc.) And there is a city called Shusaku’s Landing, where a lot of the people from the Houses fight over the Clamshell Throne by playing Go! Because there is so much manipulating and killing groups over the Goban, some people call it the Game of Stones.

They also have a very cool system for criminals. When someone commits a crime, he is sent to the Wall and has “to take the black”, which means he has to play with Black Stones with Handicap for the rest of his live. There are also the socalled White Walkers (Because they always play White Stones) behind the wall, who challenge them for a game all the time. They are fearful enemies, because they cheat so much and get a lot of extra Komi everytime they play.

Then there is young Seigenaerys, who visits the eastern lands to become a Pro. She is really strong at playing Dragon-shapes on the board and has to go through a lot of struggle to become a 9p. She finds a lot of senseis though, that help her to remove bad Aji from her play, and always do good shape.

So, what are your thoughts so far?

The working title could be: A song about Slate and Clamshell

Edit: An idea that came up in the chat: Some of the houses could have sayings, like “Tesuji is coming”, or “We Do Not Hamete”

I swear, by the old Fuseki and the new. 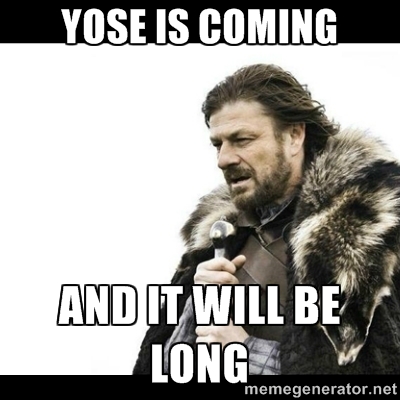 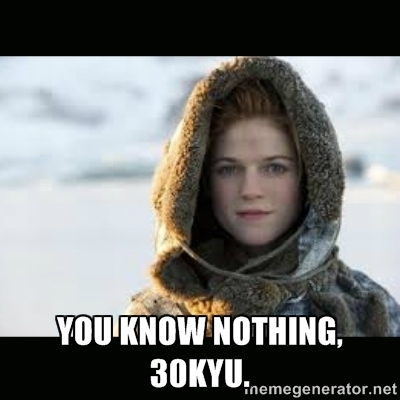 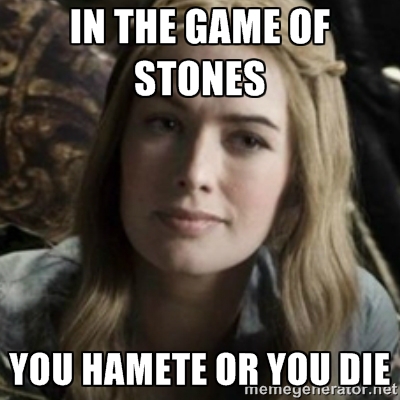 “If you knew me better You would know if i play a stone It has a meaning.”
“Even if you tenuki?”
“Yeah. Especially”

In their culture they all worship the kame no itte! but different belief systems clash as to how one would achieve it!