If I disagree with a game result, what can I do?

I just played rated game and I thought I won, but result show I lost by 0.5 point. Is there a way to disbute?

The time for dispute is before you click “Accept” in the stone removal phase, once a game has been accepted by both players then there is no way to change the result.

I guess this is the game in question: 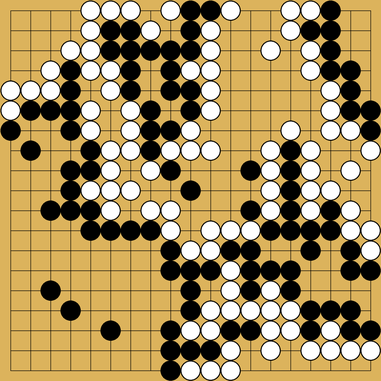 anoek addressed the going back and changing question. But I just want to point out that on OGS you must force your opponent to make defensive moves like H19, or it will give the opponent that point.

got it. you are right.

KillerDucky,
good eye. I think that’s the point made me lose. it was a good game anyway. thanks for help!

on OGS you must force your opponent to make defensive moves like H19, or it will give the opponent that point.

Well you can mark it as dame, so you don’t have to play it out, but yeah it wont detect it as dame automatically… not yet at least