I’ve been noticing this in more and more of my 9x9 games specifically (although the issue might also exist in 19x19). Here you will see an in-game estimator showing that black is up by 17.5. 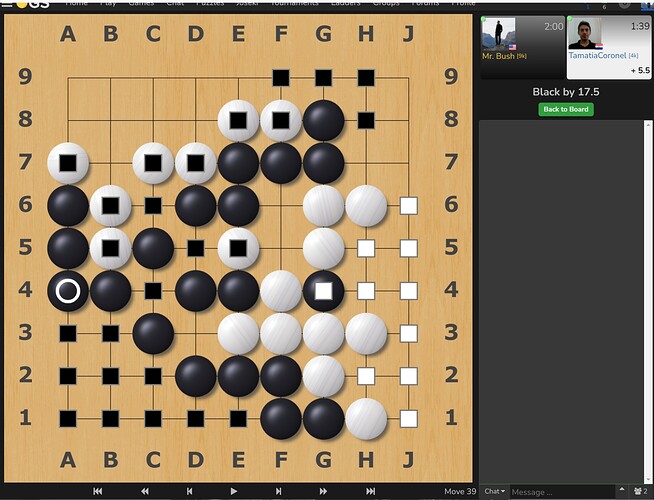 However, you’ll see that in the post-game review, if I use the estimator at the same exactly place in the game - move 39

You’ll see that the estimator is ‘correct’ with a 6.1 point lead to white not black 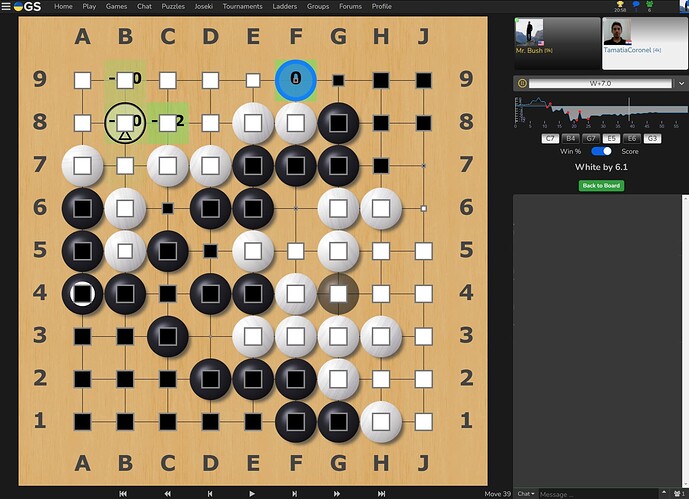 UPDATE: 2021-05-17T06:00:00Z (UTC) Thanks for all the feedback everyone. The new KataGo Score Estimator will not be made available in any form to players while playing a game, nor to spectators coming from the same IP address (so one can’t simply open another browser/private tab to have access to it). For the time being we will still allow players to use the old score estimator when analysis hasn’t been disabled, just like it’s always been. Looking forward, I think the longer term answer might…

Basically the old estimator (in game) could be ok in some situations, but if it’s dealing with anything complicated or uncertain, it’ll depend on how many playouts it does, and possibly even which playouts.

The post game one is Katago so it knows in some extent quite a lot of variations that could happen and will likely tell the status of stones that potentially even the players don’t know. It was deemed (probably correctly) to be too good to be allowed in game.

The score estimator is deliberately weak, as explained in older threads. It is an estimator. If you click it several times consecutively, you will get different results each time, at least late in the middle game of a 19x19 game.

I don’t think he is referring to the autoscore, which scores the game. He is talking about using the SE after the game is over (i.e., going back some moves). His second diagram is not the autoscore, because it shows territory scored where the boundary is not closed. The autoscore does not do this.

I know, but the estimator post game, in demo boards, and for spectators (not from the same IP the linked post says) of an ongoing game, is supposed to be katago from what I’m aware.

See the tiny squares in the second image as compared to the first? The katago estimator does that to reflect how certain it is on who controls which point, the old estimator doesn’t do that

I don’t believe Katago cares whether boundaries are closed or not.

For autoscore, OGS uses Kata to determine which groups are dead, and then uses a simple boundary-based (non-Kata) algorithm to score.

My vague impression is that autoscore asks Katago to estimate the final ownership of each intersection and simply sums that up.

The strong score estimator seems to just ask Katago to estimate the score, which could of course be very different from autoscore and the weak in-game estimator.

In no case is any “rule about boundaries” followed as far as I know.