This is a review, as apparent in the pop-out, of the game Takagawa Shukaku 7p (W) – Okubo Ichigen 5p, played in the Oteai in October 1952.

Let’s get some context. Takagawa Kaku, or Shukaku as he was at this point known, was born in 1915, At the time of this game he was 37, already old by the standards of modern top professionals (for reference, Lee Sedol retired at about this age). He had been 7p since 1945, would be promoted to 8p in '54, and eventually to 9p in 1960. At this time there were only two 9p players, Go Seigen and Fujisawa Kuranosuke (who would become Hosai the following year).

In the 20th Century, the dominant mechanism of professional promotion in Japanese Go was the Oteai tournament, which had existed since 1927. Even until its abolition in 2003, the Oteai was played without komi. In 1952, komigo was becoming mainstream but was still quite new.

This was the first game played by Takagawa since becoming the Honinbo title holder in August of the same year, having challenged and defeated Hashimoto Utaro in the seventh edition of the tournament. Takagawa held the title until 1961, eventually being beaten by Sakata Eio (b. 1920).

His opponent in this game is a younger, lower-ranked, and more obscure player. Okubo Ichigen was born in 1929, placing him in his early twenties at the time of this game. Okubo cannot have been that weak, though, as he eventually also became 9p in 1968 and even challenged for the Oza title in '65.

Takagawa, as the higher-ranked player, takes White and does not receive any komi. 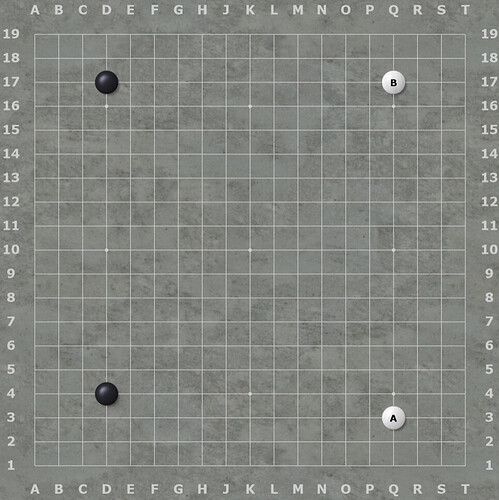 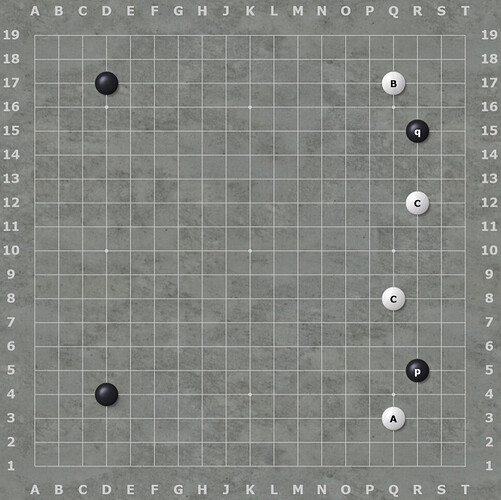 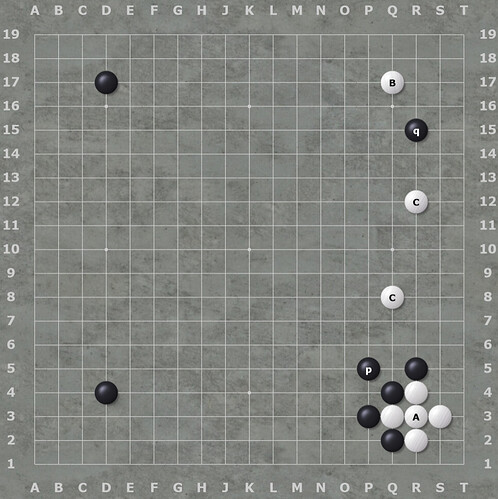 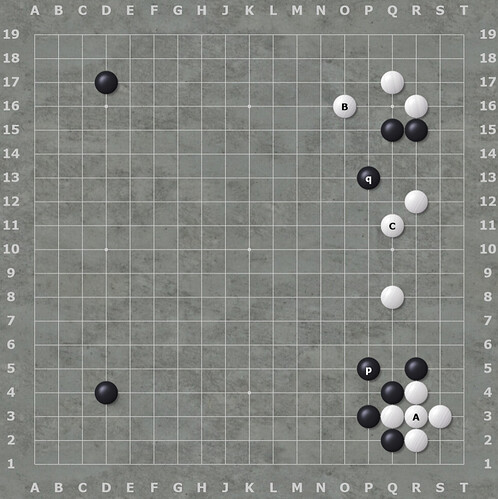 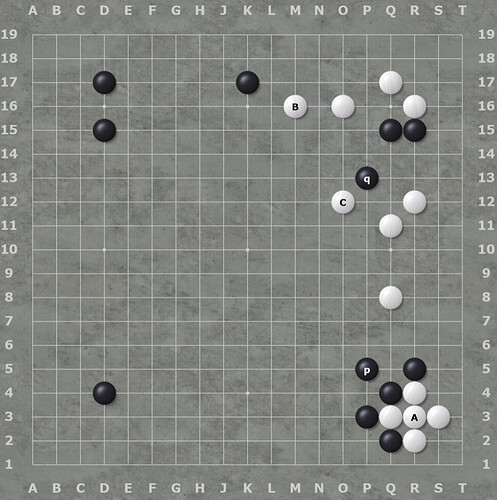 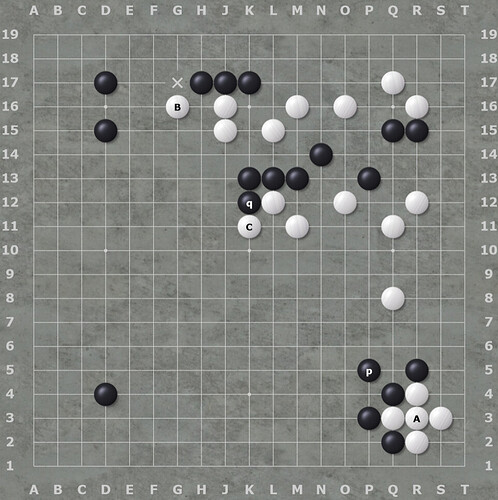 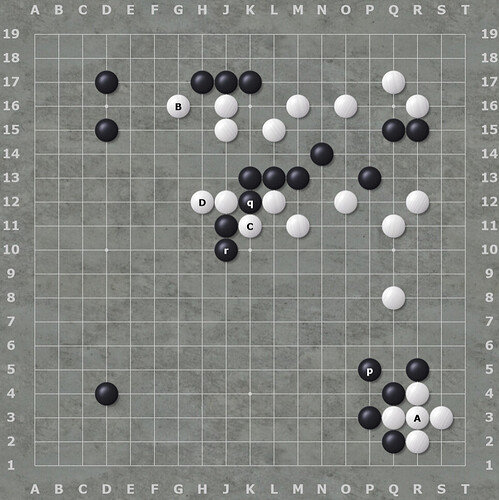 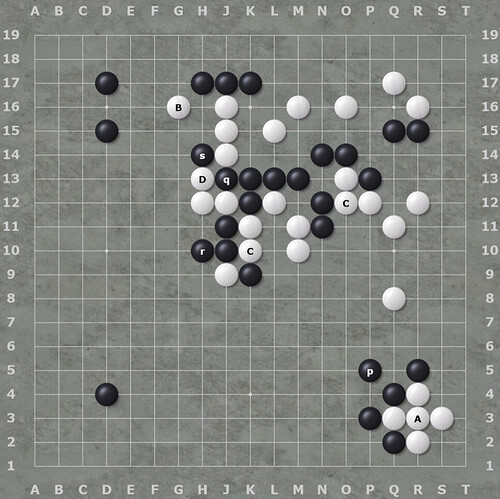 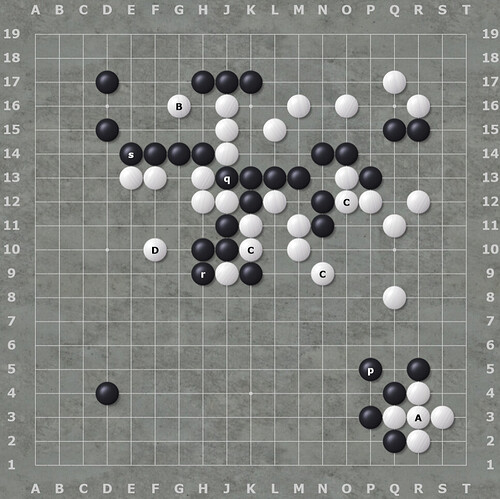 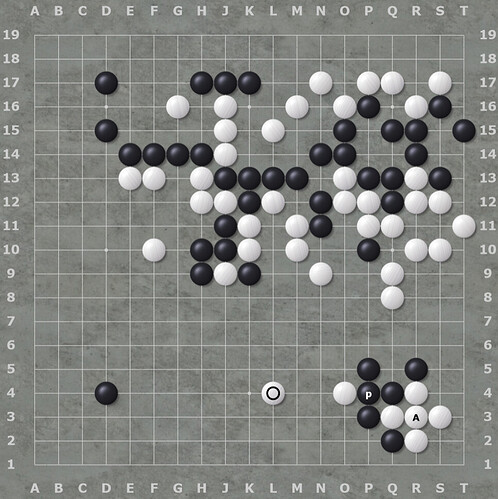 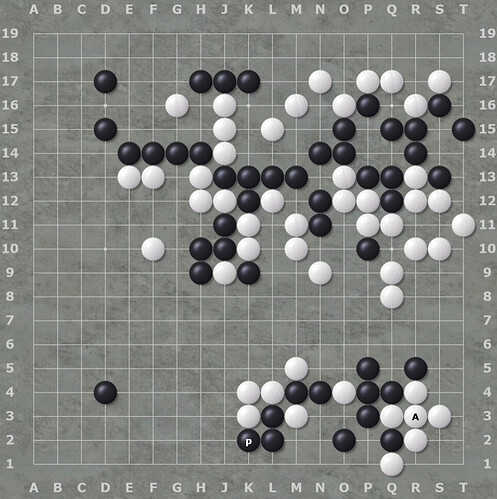 So, what can be learnt?

“A strong group is a living group.”

2 Likes
The Review Meta-topic: How to review?