Can anyone help me learning how to defend invasions? In the game I attached to this message I played white and lost because of blacks invasion. I have no idea how to respond to it. And when I tried to start my own invasion it totally failed. I would be super grateful for any help coz this is really annoying to me 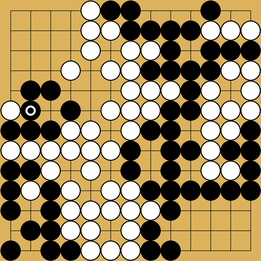 I’ve put some variations in the game chat. Some things to consider when defending against invasions:

Before talking about invasions: in the position below you played A. 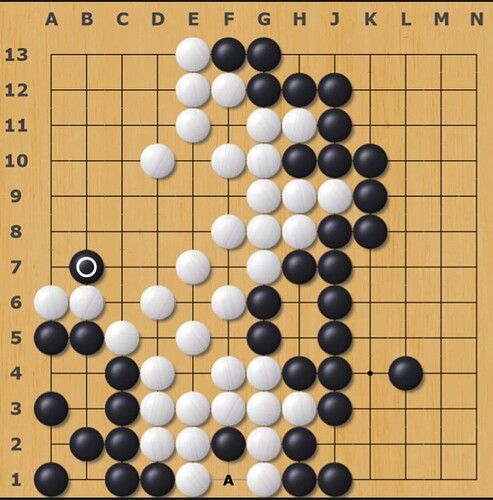 This move is 1 point worse than passing. Do you understand why?

Thanks you very much!

No I don’t understand why

Look at the intersections F1-F2. In this area you have 3 points (2 points of territory + 1 prisoner).

If you play at A, then you still have one prisoner (the stone you captured) + 1 point of territory at F2 so 2 points overall.

Another way is to think with the chinese rules. It means you count the full occupation, boundaries and stones inside included. It gives almost the same result as the Japanese one.

So here you can see that playing at A will not change your score but playing at F5 will make it bigger by 1 point.