Hello, everyone. Long time ago I tried to do a go problem generator software inspired by 1st chapter of Tohsiro Kageyama’s “Lessons in fundumentals of Go” where he state that reading ladder stone-by-stone is a very valuable skill. (In my personal experience training oneself to actually read ladders also helps with problems in general: board position are less prone to disappear from one’s mind)
The idea was to randomly create “does this ladder works” problem and show player how exactly it does or does not work. Eventually the project was abandoned due to lack of time (and poor choice of technology).

My main question is wherther such software would be interesting to go players or this time is best spent doing something else?
There’s already a lot of different go-related software on most of the platfroms, it there any go-related need that is still not covered?

Exercise from the review

Most of the 256,000 problems on the CD, you will not be surprised to learn, were computer generated. If you solve 10 a day you should still be working on them in 2080, should you be so lucky as to live that long, so perhaps that’s not the idea. Fortunately strong amateurs, including our own Matthew Macfadyen and Charles Leedham-Green (both names unfortunately misspelled, assuming their spellings on the Rating List are correct), have selected 268 of the most interesting ones. The point of the rest of them on the CD is not clear to me, except as an academic exercise or research tool (the book appears to be a by-product of the development of the GoTools software). The author has a website with a program that can be used to work through the problems. However, the problems themselves are not available on the website and there does not appear to be a way of loading them from the CD, so to use this you must enter the positions yourself. This seems like a missed opportunity, but there are many free and commercial Go game viewers you can use for loading and working on them locally.

In terms of whether this kind of software is worth spending time on I don’t know.

I was interested in the Thomas Wolfe book myself but unfortunately it seems to be sold out on the places I’ve checked.

I wonder if making any of the original problems useable, or converting the book to a smartgo book or epub would be worth it. One could ask anders at smartgo about it.

There have been people that asked about Tsumego generated with ai like katago and aisensei kind of has one, and here Anyone has link to that AI-generated tsumego website?, but they’re more like guess the next move. Some other ideas in and around here The Conquest of Go - A Videogame featuring Go Gameplay - #223 by shinuito

There was other asking about software to help practice counting either during or at the end of a game "Which area is bigger?" training idea and a site was linked similar ish to what was asked.

wherther such software would be interesting to go players

It would definitely need some more complicated ladder problems though to maintain interest with, for example, changes in direction, stones that look like they might be ladder breakers or maybe not (user will just have to read it all out to see for sure), spiral ladders, etc. and not just straight ladders. Although, straight ladders might still be useful for beginners. That said, is there really a need for a separate software specifically for ladder problems? Would it not just be easier to add some ladder problems to an existing platform such as OGS puzzles section?

or this time is best spent doing something else?

That depends on your reason for doing it in the first place. Do you want to make some Go related software just for the fun of it and as a programming challenge? Then it’s probably worth it.

Do you want to make a killer Go app that all Go players use so you can finally make your fortune? Probably not worth it.

There’s already a lot of different go-related software on most of the platfroms, it there any go-related need that is still not covered?

I’m sure there are lots. The limit is your imagination

The first that springs to mind for me is… a free and open source OGS client android app. There was this one: 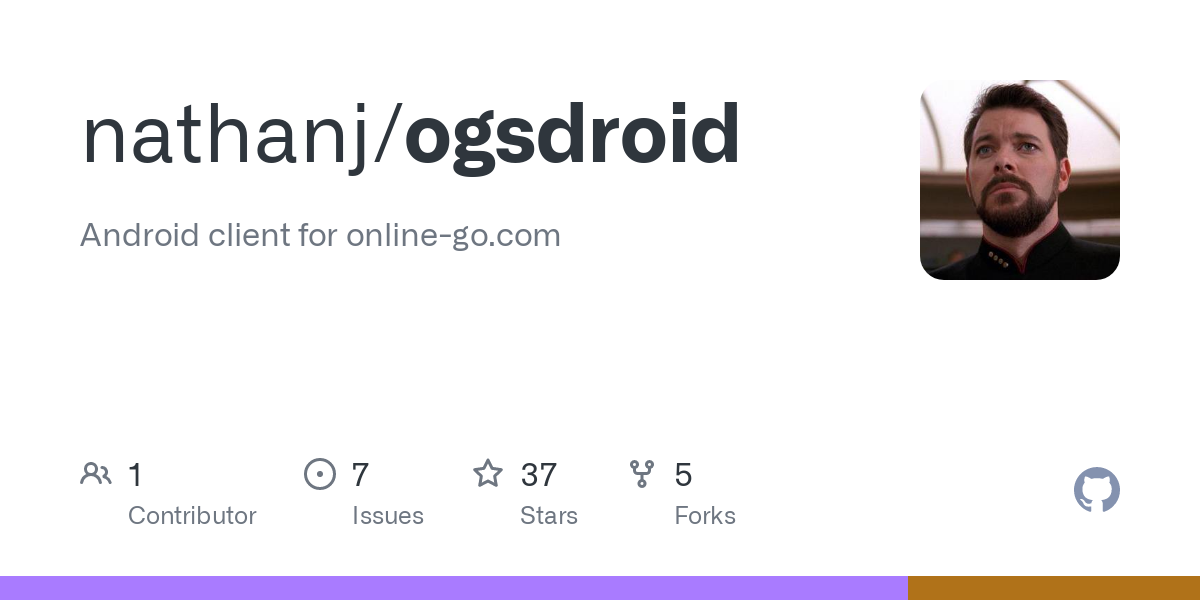 Android client for online-go.com. Contribute to nathanj/ogsdroid development by creating an account on GitHub.

which was pretty good but it’s no longer maintained and then the OGS API changed so it stopped working. You could fork it and fix it.

Which reminds me - always do your research.

Do you want to make some Go related software just for the fun of it and as a programming challenge? Then it’s probably worth it

Something like that. I don’t think there’s realistic way to make a fortune out of it.

You could fork it and fix it.

Advantages of the app are:

The first that springs to mind for me is… a free and open source OGS client android app. There was this one:

which was pretty good but it’s no longer maintained and then the OGS API changed so it stopped working. You could fork it and fix it.

There’s an android app no? Regularly updated too? “Online GO” App for Android - #627 by MrAlex

The software and ladder problems might be available there

It could be interesting to try contact twolfe at the email address (if it still works), in terms of how they were done and using them etc. The last news update on the website was 2016 though.

I did not know about that app

but now I do and it’s great

thank you @shinuito - you’ve made my day