Is there a way to make the coordinates smaller?

Hello (:
On my desktop the coordinates are pretty (unnecessary) huge and bold and because of that the go board is getting smaller. Is there a way to make the coordinates smaller?

Thanks and all the best,

You can turn them off altogether or put them on only one side of the board.

The problem is on the 19x19 (and also on the 13x13) board its useful to have the coordinates on all four sides so you are less likly to get them wrong… (and to be honest, I don’t like asymmetry ^^)

There is no such option in our interface, you could achieve the effect by messing with the .css in the browser’s dev tools, but unless you are using some extension to inject it automatically the effect would be only temporary (until you refresh or leave the page), sorry.

Thank you very much for clarifying this!
Wasn’t sure if I would be too stupid to find this option! Good to know!

If you want to mention the coordiates in the game’s chat, you can Ctrl+Click on the goban to add the coordinate of the point to your chat.

oh thats nice! Didn’t know that, thanks for the Information!

Should we offer variant coordinate styles, eg. top-down or kanji-numeral?

Could be worth a github submission (not in my competency).

It takes me so long to switch between have/not have coordinates on my phone that I strongly disagree.

(not only there is a bit of delay between the n steps, but I have to scroll up to check the effect on the board n times… and all this very carefully because most of time I could select a move or a variation in the process. One of the most inconvenient feature of OGS, same level as the submit button I mentioned already.
I do use it often because of the diplomatic game thread. For each screenshot I have to be with coordinates but when I play I like a clear goban.
I would so much prefer a simple switch. And move the different ways (with Chinese characters, why not?) In some setting preference page. Afterall It would be more relevant there.

Should we offer variant coordinate styles, eg. top-down or kanji-numeral?

We already have top-down kanji-numeral option…? 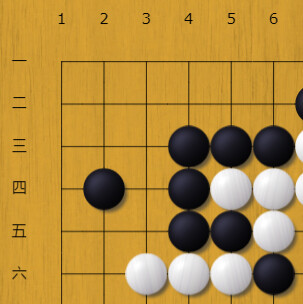 move the different ways (with Chinese characters, why not?) In some setting preference page. Afterall It would be more relevant there.

That’s where it already is??? https://online-go.com/settings/game

I am speaking of all the positions around the board just keeping a switch on/off on the game tab, not a 4 switch.

I actually vaguely remember that being an option without changing language but labelling it 1-1 is very misleading.

I guess it is technically of the form 1-1 but it’s not what one would expect when selecting it. 1-一 does look a bit silly granted