Is there a way to only label the last move of a branch in review/analyze?

For example, in the following screenshot, all three moves in this variation are labeled, but what if I just want a circle on move 3? I couldn’t find it… 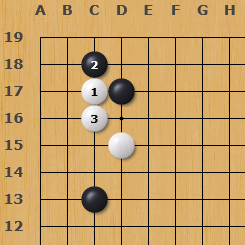 In analysis mode you can add circles, squares, triangles and crosses. 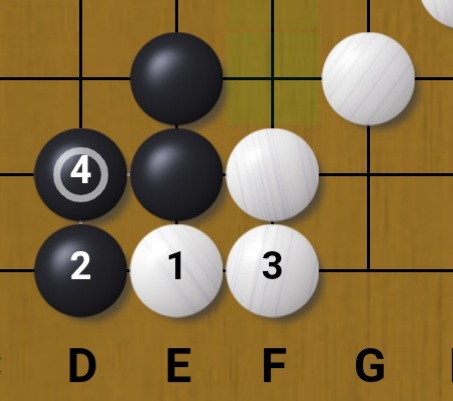 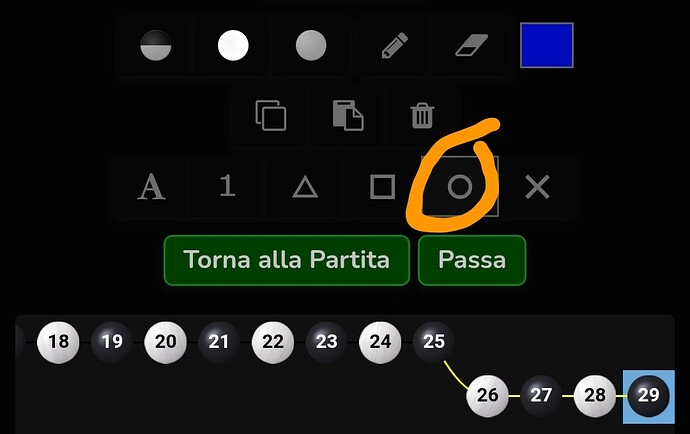 Do you mean you don’t want numbers at all?

Do you mean you don’t want numbers at all?

Yea, I don’t want numbers at all.

But then analysis mode would look identical to play mode, wouldn’t that get confusing?

Is the goal to teach “you must end up in this position, show me how”?

If you place white and black stones directly instead of with the black/white automatic alternating turn tool, they don’t get numbered.

Ah, yea that’s a good workaround, though I guess I’ll have to do a little extra work to place the stones.

That’s a possible way of using it. I asked this question because I wanted to show a position to others where the numbering of moves doesn’t matter.

I asked this question because I wanted to show a position to others where the numbering of moves doesn’t matter.

You can do this with a demo board, right? They don’t number their variations since there’s no main line to deviate from.

Actually if you just pick the Black stone tool, I think hold shift swaps it to White stones and letting go back to Black.

For the position in question this is a solution but what if there are too many moves?

If I had to guess, the analysis tool and or demo board isn’t necessarily designed to be a full sgf editor.

If you compare it to Sabaki, that has functionality to store arrows and lines other things that the sgf format supports.

If I compare to SmartGoOne, that software has the option to flip all colours, rotate the board etc (probably sabaki does too)

Gowrite2 can make diagrams, but it can also highlight and drag collections of stones from one location to another (I think BadukDoctor uses that software).

there was such a feature like other sgf editors

Though making a button to show/hide or toggle all markings or something could be interesting. Probably simpler than other possible things.

Though maybe one might want to turn off numbers, keep x’s circles etc.