Is this descend good in star point 33 invasion?

Is black 17 (descend) good? I do not see this move in the joseki books or videos, but I have seen this move several times during my actual games. Your comments are highly appreciated. 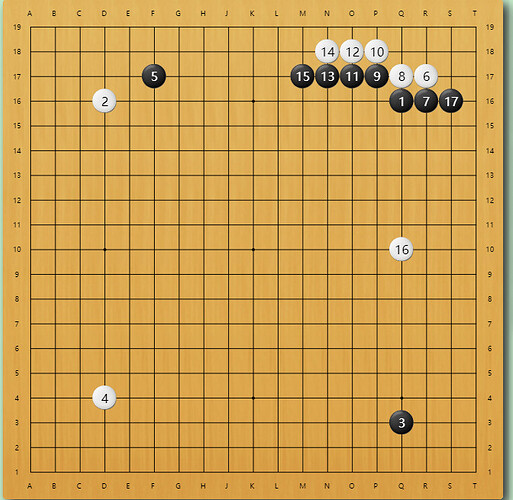 The following link is the full game (I am dino1019 as white):

Generally it’s not bad. Depending on the whole board position it might be one of the best moves or okay but not great. In this position it’s fine but I’d not play it basically for two reasons: 1. I don’t want to lose the option of S17, S18, S15 or S15; 2. I don’t worry about white taking it.

It’s often a good move if you get the timing right (if white should answer it), it can help black resist the p15 peep later.

But then if white is forced to answer what is the advantage to lose points, compared to hane sequence ? Ok the hane+connection may at times not be sente (descent threat devastating next at s18)

Hane connect is usually gote, white will push 1 more time at m18 (which is pretty sente) to make sure turn there isn’t black’s sente, then tenuki.

Black’s descent is pretty much sente all the time: 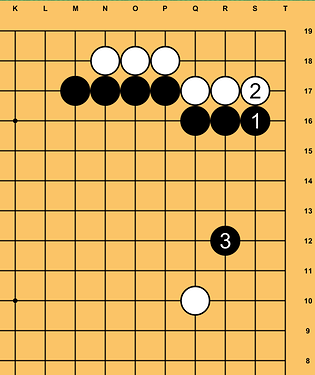 I think black would make that exchange when he is worried that white will take S16 if black doesn’t: 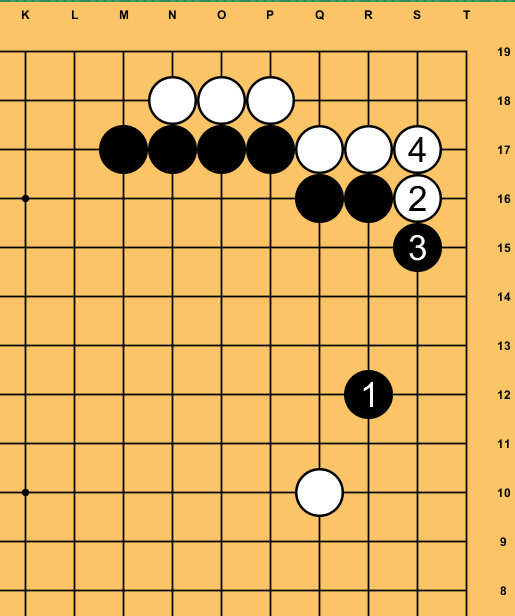 That being said, it looks like pros prefer to attack white instead of making a fairly passive, somewhat overconcentrated base for the big wall: 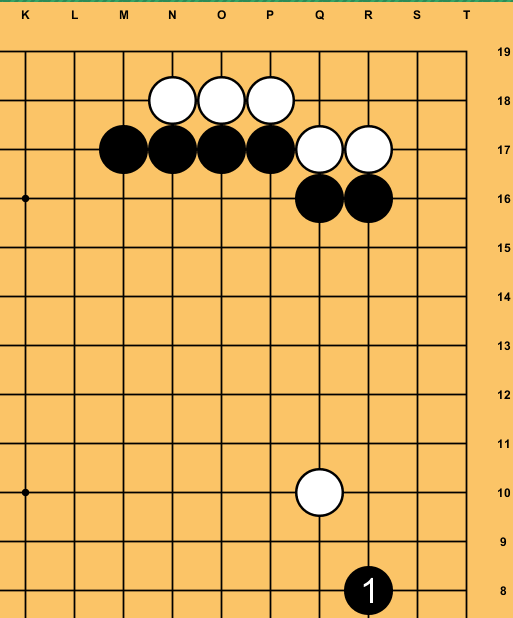 Still, at some point in the ensueing fight, black is likely to force with the descent.

A typical situation where you play the hane instead of the descent, is when white’s pincer is closer and you want to create aji (in sente) to undercut white’s pincer and/or link up on the right side: 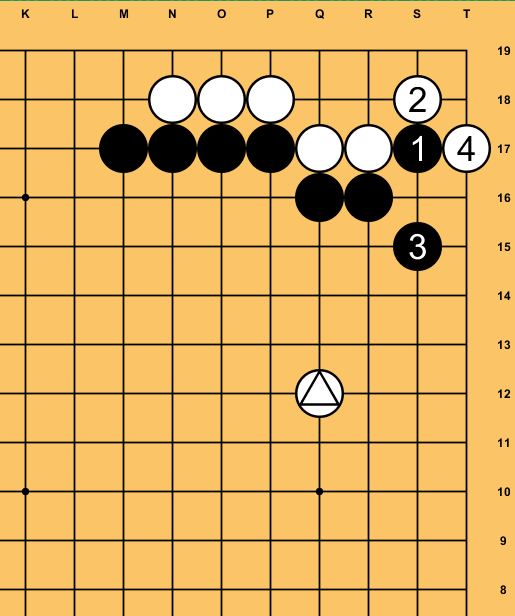 In your game, answering the 2nd line descent is fine. You should block their first line hane though and consider tenuki if they insist on continuing in the area by connecting their stone. 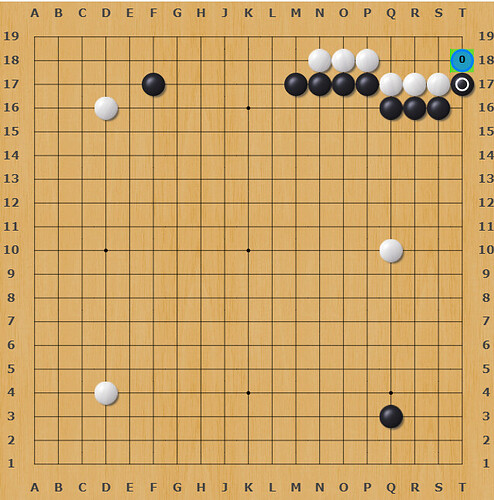 If they connect, you can tenuki and still live 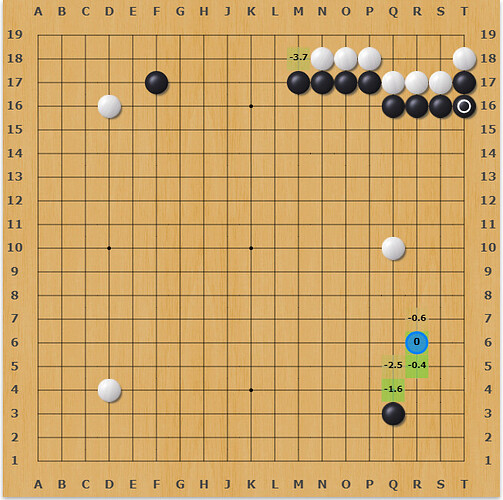 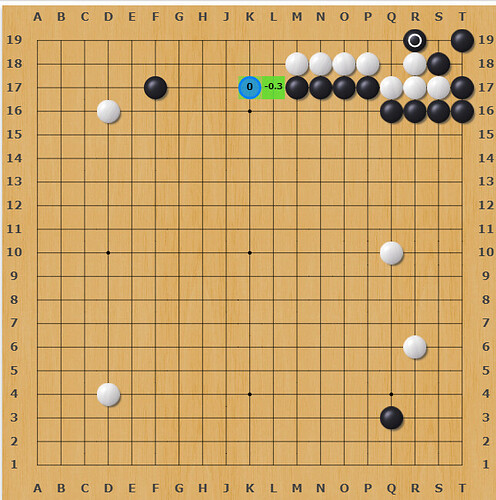 If you don’t want the sacrifice strategy and the tenuki, you can also consider just atari and connect. 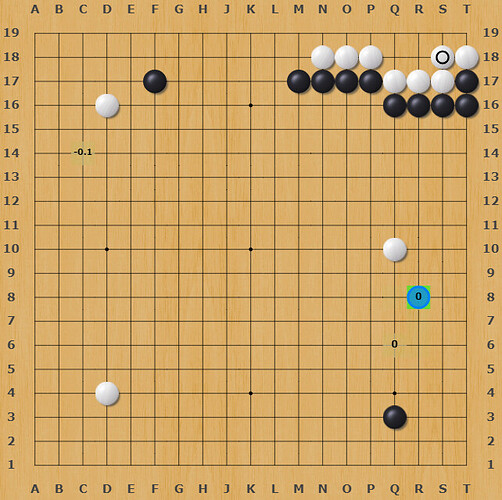 When you answer their first line hane with an empty triangle at s18, they get more than what they were asking for - it’s a slightly good exchange for them cuz you played the defensive move first and they did whatever they were doing in sente. They might get to play t18 later on or their m18 might become more sente when you play the way you did.

If you want to invade 3-3 early on and not lose points/board control in simple ways, you should keep in mind how to handle sacrificing the 4 stones in exchange for sente when people play these endgame moves immediately.

Just to give an example of how the descent helps resist P15 peep (which your really don’t want to answer by simply connecting, then it’s a nice kikashi for white who gains more than you do). If you answer P15 with q14 and white then cuts, then without the descent white is threatening q15 push, black needs to block at r15, then r14 cut is big trouble. This means black would need to spend a move to defend against that threat, rather than say playing a move with the top side stones. But with the descent after white cuts black can safely tenuki as white q15 push can now be answered at r14 pull back because then if white pushes again with r15 then black can now safely block at s15 thanks to the descent and the cutting point on the second line is not working.

After all that analysis, i’m still curious about the direction of play. Hard subject but was black right in blocking the sansan invasion on this side?

Actually, which side to block a 3-3 is an easy subject: it doesn’t matter. It is very rare for one to be much worse (more than a few tenths of a point) than the other. So pick the wrong one and it still won’t be in your top 50 mistakes in a game, so you can spend your time thinking about more important things. (Part of that is because if you block the ‘wrong’ side per traditional direction of play, the inside cut joseki ends up swapping direction).

So the right decision is coming just a bit later, which still will remain difficult for me here. It’s just i find that Q10 white stone annoying but i am not sure it will change that much on the upper side

The P17 hane and O17 extension (in response to white Q17) went out of fashion exactly for that reason. So the modern way is more or less 2 options: 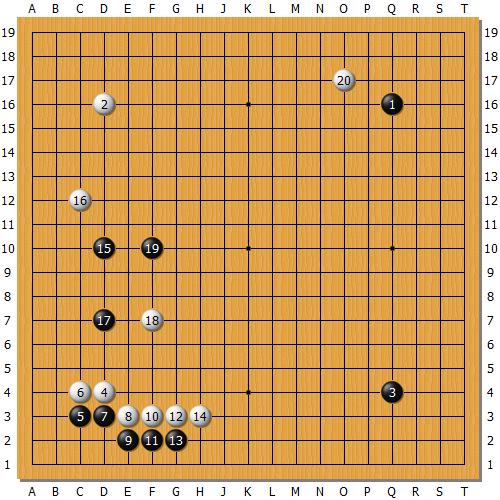 Another 2017 pro game for reference. 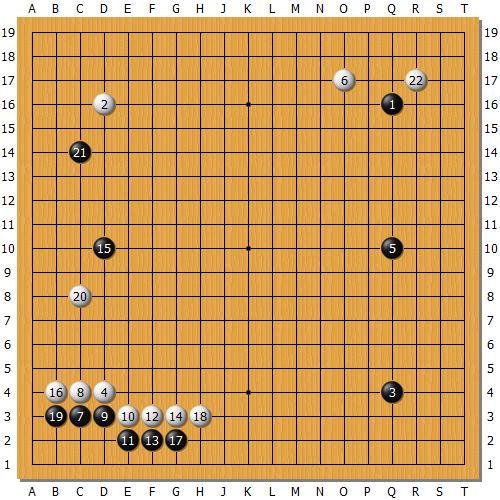 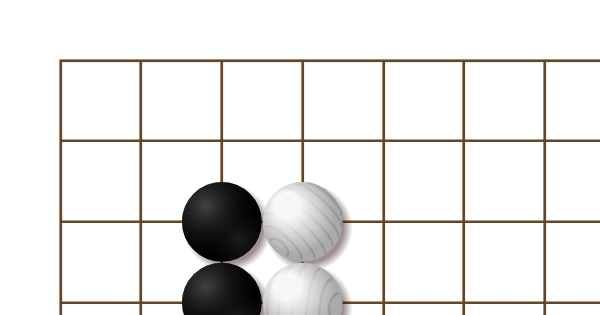 Spot on answer. S17 & S15 give B a very flexible shape if black wants to treat the group lightly and play away, so if that is possible, holding S16 in reserve is sensible. It is also a ko threat…