Is this still joseki? Why is it so rarely seen? 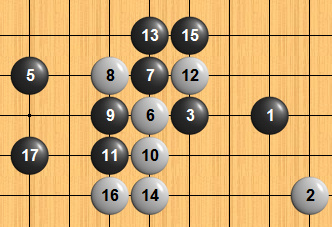 It starts from this 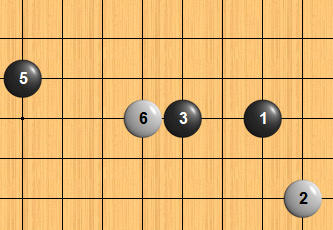 Edit: Realised it was a mistake to not leave the edges of the board in. If it isn’t obvious, it’s in the corner of the board (top right in this case).

Where is white 4 played?

Doesnt need to be shown. It’s an enclosure joseki. It’s in the corner btw. didnt realise it could look like the centre of the board with me cutting out the edges.

Looking at it on a board with 4-4 stones added to all corner it looks really interesting but the reason it doesnt get play must mean there either a refutation to it now or its better for one play over the other. Maybe someone like @mark5000 could help.

Thank you for the demo board Howtoplay!

The sequence is joseki, but rarely found in modern games. Black will often opt for a faster pace than the 3-5 combination, with 3 played on the third line or as a pincer. Also, white has to be confident that the white influence will make up for all the solid territory given to black.

You’ll probably find more examples of this sequence if you search handicap games.

I think White is a little better, actually, at least in isolation. But 7 isn’t Black’s only choice. There’s also the other hane and extending to consider, and Black’s freedom to choose a response may be the reason it’s disfavored among pros today. Thank you for the detailed review mark!

The unpredictability of the move is certainly not attractive but I don’t think there’s much of a choice if giving black influence is something W doesn’t want by going 3-3 or into the centre of the daidaigeima (extra big knight move.