I was thinking a little about how to use language to express nuances useful for terse Go commentary.

Its form first depends on who has made the seki.
If Black made the seki, it is seke. If White made it, it is seki.
It can also be referred to by a neutral form seku.

To call attention to something as noteworthy or instructive, prefix a-.

These inflection are synthetic (they can be combined), so a single word can be expressive:

faetior - White should start a fight

We can barely get by even using our simple words though. Just say it plain!

Is it bad that I have no clue how this applies to go?

You really do not want to play go against a dragon. They will light the board on fire with their breath if they’re losing. Very very dangerous animals

If your goal really is to write short and unambiguous go commentary, you should take a look at the solution offered by Šahovski Informator (Chess Informant).

For the last 50 years they have published the most important games every trimester or so with extensive annotations. Most importantly, they designed a set of glyphs (don’t say emojis) to convey the most important information, e.g. “unclear situation”, “white has the initiative”, “potential sequence for later”, so that their commentaries are without words. This way they have a single worldwide edition and masters all over the world can benefit from it with no language barrier.

To give you an idea of the impact of this publication, Garry Kasparov once said “We are all the children of Informant”. 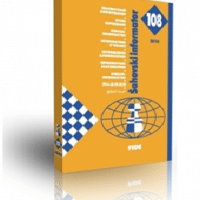 Chess Informant (Šahovski Informator) is a publishing company from Belgrade (Serbia, former Yugoslavia) that periodically (since 2012, four volumes per year) produces a book entitled Chess Informant, as well as the Encyclopaedia of Chess Openings, Encyclopaedia of Chess Endings, Opening Monographs, other print publications, and software (including electronic editions of most print publications). Aleksandar Matanović and Milivoje Molerović founded the company in 1966 for the purpose of offering th...

Actually my goal was just to mess around with words

But I appreciate it c:

Do you have a reasoning for some of the spelling changes to the root words? I assume you’re trying to eliminate rarer phonemes; do you have a defined phonological inventory you’re going for? Is the syllable structure "(C)(C)V(s)(C)"? Does it follow the sonority hierarchy strictly, or have exceptions (or follow a different model entirely)? Is “ae” a blend or two distinct syllables? Does the spelling of root words change with idiolect, or is it standardized even if the written form differs from the spoken? Are there plans to expand this scheme?

Is it pro-drop? Are there constraints on the form of root words to reduce/eliminate the potential confusion that could arise trying to differentiate an inflected word from an un-inflected word which happens to be homophonous with the inflected word? (eg: “If white lives, then white is alive.” --> “If levi, then alevi.”, which could be misconstrued as “If White lives, then (!) White lives.”) Maybe prohibit certain sounds (perhaps all vowels?) from the initial phoneme of a root word to reserve them for prefixes, and ditto (though probably needing a more complicated set of restrictions to fit with what is already known) for the suffixes? What are the stress rules? Penultimate? Penultimate syllable of the root word? (In Esperanto, the stress is on the “ant” even though it is an affix (historically, probably one could make a strong case that “Esperant-” is an indivisible word and not “Esper-ant-” in modern Esperanto.), but one could also take advantage of tying stress to the root in order to help sort out which ending syllable(s) are affixes and which are part of the root.

What is the name of the package? “alangut”?

Would it be more natural (less confusing) for the neutral form to just be the noun form of the word? As in the word we’re probably accustomed to?

The current form as proposed by bugcat seems to use both nouns and verbs? But it’s not very clear which affixes can apply to which part of speech, and which (if any) affixes change the part of speech (and to what). Also, it’s unclear if there is any agreement. For example, do you need to say “ais afaetu”, or can you say “is afaetu”, or would the correct form be “ais faetu”?