This discussion over in the 2022 topic got me thinking on how many common attributes “call for action” slogans are.
They are always in the imperative and always inclusive and vague.

However the ancient poets/generals had taken that on another level … I can imagine them brainstorming like in a Monty Python skit:

— Let say “Go forth Atheneans! Fight for our city.”
— We have fighters from other places too …
— ok, make that “Go forth children of Hellas! Fight for the motherland!” … then maybe fight for your children?
— Not everyone has children though.

— and Gods and sacred customs!
— lots of atheists too…

— You are hard to please, you know that? we’ll add “… and the tombs of your ancestors!” everyone has parents, so put a sock in it. You don’t get more inclusive than that, ok? 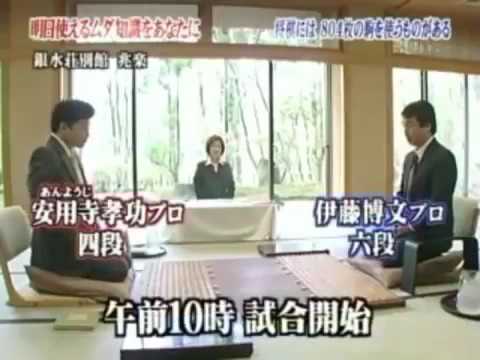 This geniuenly looks cool. I’d love to see a record of this. I wonder if it’s available anywhere. What’s the largest go game?

I posted about Kono Rin sharing his original tsumego and I could guess that the sign behind him said コーヒー. Could be guessed that it was a single-serve coffee machine without the sign, but small victories.

I’ve also been watching more Japanese Go commentaries. Yanagisawa Satoshi has a channel with a high ratio of “shorts.” Which I like because they are short and simple. But he talks to quickly that I resort to 75% speed on his videos. I’m trying to see if there is a way to slow down “shorts” also but no luck. 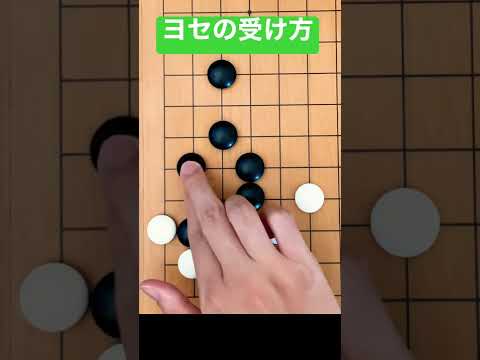 Reading practice. What does it say? I could only read left name, thank for making it easy for us. 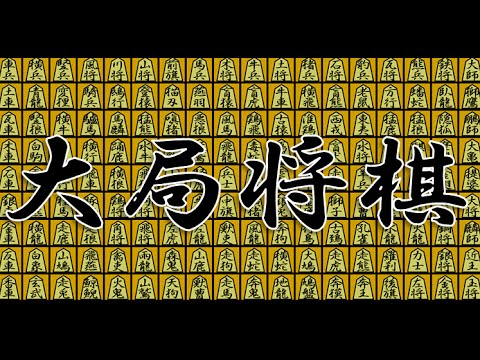 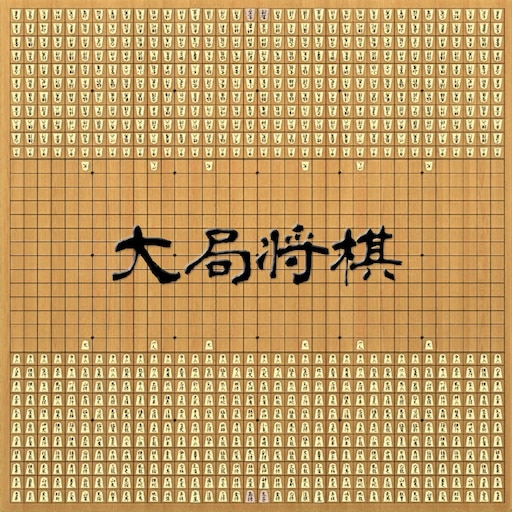 Today I learned that サムネ is thumbnail in Japanese. As usual shortened as hell. I don’t understand why Japanese insist on short words that all sound the same.

サムネ is short for サムネイル (suggests my mobile keyboard). I have had a similar thought and my guess is that it’s because you can use half width to get in it down to 2 character “slots” as ｻﾑﾈ

I wish there was half width hiragana but I see why that doesn’t make much sense.

There are also those quarter (?) Sized kana blocks with 4 characters for special words. I should look into that more

Perhaps what makes them “weird” is that the words are not broken down in places that make sense from the English perspective, since the abbreviation breaks off in the middle of an English syllable.

Yeah, try pronouncing サムネイル, quite a mouthful. It’s natural you need to shorten it to like サムネ. Three syllables are more manageable. Now try pronouncing thumbnail, that’s considered 2 syllables, I think. It’s already short. All because in English (and other human languages) sounds can connect and mingle in many many ways so even a short word often feels unique and distinct. In Japanese they adopted a robotic system akin to Morse code with select few possible syllables so all words sound the same. And that’s why Japanese is hard, that’s why they needed kanji in the first place, because otherwise text becomes unreadable with only kana. Here it’s a bit of an annoying example since thumbnail can be confusing since it has a different original meaning, but at least you can see the resemblance, even if you don’t know this specific meaning, you could connect the dots. If you’re presented with サムネ you’d have no idea. It’s similar to abbreviations in English. DOD, FY, GLIN - unless you know what these are, you’d have no idea. Except instead of just certain rare words, Japanese just built whole language on that.

that’s why they needed kanji in the first place, because otherwise text becomes unreadable with only kana.

I don’t buy this either. I can’t find the source right now, but I once found something about how many bits of information can be conveyed in an average syllable of some language (perhaps it was some video related to wordle), and Cantonese Chinese wasn’t significantly less dense than English was. I agree that Japanese has a limited number of sounds, but I don’t think that’s the reason they got kanji.

Also, note that Spanish has similarly quite a limited number of syllables that are being used in Spanish, and it doesn’t require ideograms to be understandable.

What is true of both Spanish and Japanese, as opposed to denser languages like (certain sublanguages of) Chinese or English, is that the number of syllables spoken per unit of time is a lot higher in the former languages than in the latter.

It’s both good and bad: less sounds makes it easier to understand what was actually said, but more syllables means that it’s harder to process everything.

Oh, I thought you said the same thing. Shorter word is more convenient, why, because longer word is somehow inconvenient, and here it’s basically a bit mouthful, short version rolls off the tongue better. Not exactly but kinda like saying central intelligence agency every time would be a bit mouthful. I personally notice in Japanese talking full loanwords stand out, they often feel kinda long (even if they aren’t) and off rhythm, especially if they have a long vowel. In サムネイル I think ei combination is kinda awkward so removing it makes the word snappier.

I don’t think that’s the reason they got kanji

Maybe better to rephrase to why they can’t get rid of them so easily (otherwise the answer is always historical one). And that’s probably because words written phonetically can’t carry their own weight so they need this monster of a crutch.

This is an interesting point. Indeed, not only do loanwords often get shortened, also their rhythm is altered to fit better in Japanese. For example, パーソナルコンピューター is not changed to パーソコン, but to パソコン, and アメリカンフットボール to アメフト and not アメフット.

And that’s probably because words written phonetically can’t carry their own weight so they need this monster of a crutch.

Well, they can, since there’s no kanji in spoken language after all. I think the largest trouble without kanji is the lack of spacing, so you get lost completely on where words start and end.

I wonder if abbreviations also have some aspect of self expression in them. I feel like they are probably mostly words used by young people. As well as being convenient, their use shows (initially) that the speaker belongs to a group that knows the code.

Native Japanese words are easy enough to understand spoken or written. But kanji allowed a huge mass of homophones to be created out of the on-readings, including absurdities like “shiritsu” = private and “shiritsu” = municipal. Mostly of course context should be enough to sort things, and in a conversation there are lots of ways to avoid ambiguity; but when I’ve been in Japan I couldn’t help noticing how often television doubles up the spoken elements with text.

Incidentally I don’t know Chinese, but a friend who does once told me that the spoken language is also sometimes ambiguous, so that people sometimes help out by drawing characters in the air.

but when I’ve been in Japan I couldn’t help noticing how often television doubles up the spoken elements with text.

I wish they did this in more countries. It’s extremely useful for people who are hard-of-hearing, which I’m not, but my brain more or less inhibits my language capabilities whenever there’s music playing, making it pretty hard to understand people speaking over music (or song lyrics)

since there’s no kanji in spoken language after all

I’m not convinced spoken and written languages are the same level of difficulty though. Spoken language is easier, shorter sentences, fewer difficult words. How often people speak the language of Gogol or Tolstoy, never, basically. Even the language of a physics book you usually don’t say it like it would be written, you say it simpler. So I wonder if you take a serious book like that and rewrite it in kana, how understandable that would be. Can’t test though so wondering is all I have.

This is the calligraphy that the Nihon kiin was giving away from their YouTube stream right? I haven’t tried to read it though.

Meanwhile, some humor while language learning. Do you know the three hiragana that cannot be used on Japanese license plates? - YouTube

Adventures of Japanese man in Ukraine continue. Very nice that he photographs cats. 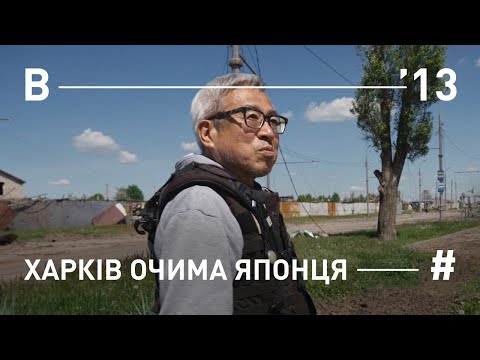 At 16:15 I assume he says 塹壕 and later at 17:50. I wonder how accurate the translation is. Anyone has good ears for Japanese? 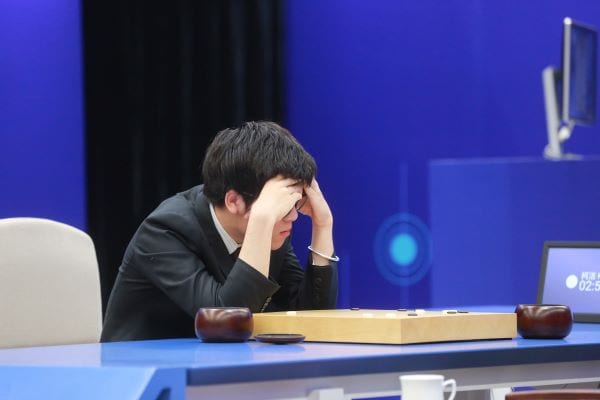 An article about our favorite go. Note that it’s formatted annoyingly, in four pages.

Somewhat tedious to read. Media articles are usually somewhat harder than general text in English too.

Oh, they quote Oohashi 7p, he often appears here and there, he’s cool. I would maybe even pay for his lecture if I could.

What does this sentence mean?
絶芸は中国ルール（コミ7目半）にだけ対応しており、対局するときは対等な互先では打ってもらえない。