I don’t know the answer. I tried reading it but I’m a bit tired now so not really getting anywhere. Looks like something might be possible though…

Thank you very much for the replies.

I have quite big trouble with these corner situations, I feel it might even be the biggest thing setting me back right now.

Like, I can link to one of my games here, where my top right corner was taken (at move 198): 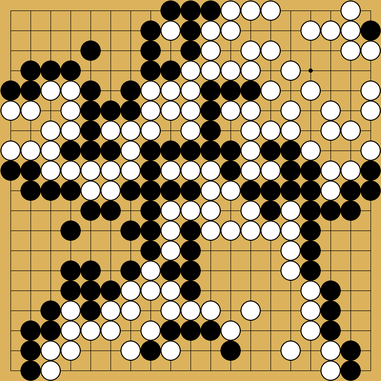 And I just wonder how I was supposed to have seen that. Now you could reply, by carefully reading it all out. But at first look I just think: Big territory, can’t possibly be only 1 move removed from dying.

Any tips about that?

Until you lose all the liberties outside it’s usually safe. When time comes that you only left with one, and got some weaknesses like a few opponents stones inside, a free vital point, cutting points… Then time to check.
There are different ways to kill from inside, one is to create a nakade, a dead shape, which induce first to reduce a bit that inner space to not get a seki instead. Another one is to get a chain with more liberties (by threatening connection with outside, cutting points and peep…)and win the semeai, which induce a different attitude to not reduce this inner space. Last thing to care is the lack of liberties of your different groups which can deny you the capture of some of the invader stones.

Besides, as always, tsumego and gaming experiences

The following vital point is important to know:

That said, you had a better response than the game move: 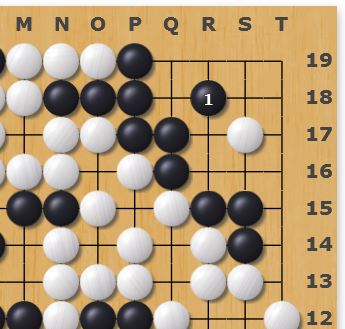 There is no easy way. Practice tsumego and read carefully during the game.

Thanks a lot; keeping an eye on outside liberties is already one great tip.
And of course looking for vital points; which I think I can kind of intuitively recognize with some accuracy.

Ok, hope this is not a too stupid reply, but in your demo answer, you call the white group dead: 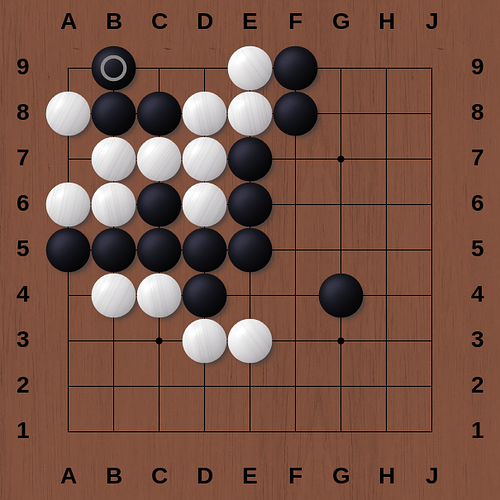