I’m getting kind of sick of how many people consistently after every move of a 9x9 or 13x13 go off and play moves on their other correspondence games. This makes 13x13 and 9x9 games not “live”, and it makes me nervous they aren’t going to return (and sometimes, they don’t and I win by Timeout).

While some people can pull it off, it’s consistently annoying to think that the other player isn’t even paying attention to the game at hand.

I’m not sure myself on this idea, but what about a feature where if you are currently playing a live game, you have to only play on that live game? What are the community’s thoughts on this? Has anyone else encountered this problem?

Not in my own experience but I do understand it can be a weird feeling.
I am bit reluctant on general coercitives but a way could be an option to ask for. (Well I know that meme on the airplane pilot cockpit, sorry)

Is this for automatch games, the sitewide tournament games? Ranked or unranked?

It does seem kind of surprising to sign up to a live game and go do other things.

Are the time settings you play very long normally if a custom game? Did your opponents mention frequently that that’s what they do?

Automatch, Normal settings. I see the little “online” light go out and check their profile where I see them moving on other games.

There are two issues here. One is the annoyance of people playing simultaneous games, and the other is people escaping (abandoning a game without resigning). The former is permitted, but the latter is prohibited, and habitual escapers are banned. The mod team has discussed additional means of preventing escaping, but nothing has been decided yet. In the meantime, I recommend getting to know some people in the community (in a chat channel or in the Forums) and then making direct challenges with people whom you judge to be friendly and good sports.

I missed that escape part. Sure that’s bad and not to do.

But for the simultaneous side it’s difficult to status against it as some players may like it… So my idea of an option to offer instead.

Just disabling the notification icon for other games when you’re in a live game would be a great improvement.

As long as they’re playing within the time settings agreed to, I don’t understand the cause for complaint. Players can use their time as they please. Some might go play turns in other games; others might do laundry or supervise children or whatever.

I see the little “online” light go out and check their profile where I see them moving on other games.

Why do you check their profile?

As long as they’re playing within the time settings agreed to, I don’t understand the cause for complaint. Players can use their time as they please. Some might go play turns in other games; others might do laundry or supervise children or whatever.

That is less of my concern, and if you are doing laundry you aren’t going to have disappeared from the game entirely. I’m more concerned about people playing on correspondence games while NOT KNOWING they are playing a live game.

Why do you check their profile?

I think this thread should just be locked and buried now. Nobody is listening or cares, myself included. It was a simple frustrated vent and now it’s being misinterpreted as a million things. I guess that’s what I get for commenting on the internet ever.

Did you try playing in Zen mode? There many potentially distracting elements of the site are not visible - including the light that indicates whether opponent is online or not.

If your opponent switches to another game inbetween, you won’t notice, and if they come back and make a move, you can play on like normal.

If the opponent escapes and times out, you’ll know when they time out and you can call a moderator.

Did you try playing in Zen mode?

The mode that prevents me from talking to the 5-10% of players who actually say something? No, not interested. Also solves nothing involving players that don’t know they are in a live game. Also not sure what calling a moderator does after the game is over.

Also not sure why people still keep commenting on a random musing I had after I stated this is a moot point. Let this thread die. Shoot it in the face. Everyone is just reading the first comment, misinterpreting it, then hitting reply.

I’ve got an idea, what if @NagitoK just shuts up forever? He’s such a moron to believe that posting in a forum was a useful idea.

This coming AFTER I asked the thread to be locked, people still comment! Tons of trolling fun for the whole family.

The internet is a useless, moronic place that I need to avoid. Do I have an addiction? Yes. Will you be able to get me to stop? No. So I’m just going to keep typing on and on and on until you guys are so annoying by me that you just let. This. Thread. DIE.

Also not sure why people still keep commenting on a random musing I had after I stated this is a moot point.

Sorry, I was hoping to help. Guess I shouldn’t have tried. 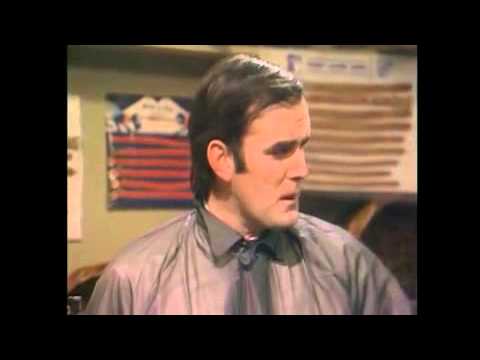