He Who Walks in Blue Ferris Wheel vs. 北杨天极

Except white passes from move 200 to to the end so I suspect there are other games with more meaningful moves.

And here is your trophy. 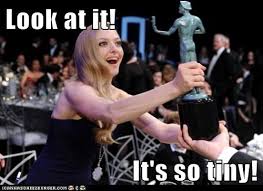 This game was resignable for white since about move 70. After that, the game makes less and less sense as it progresses.

If both players collude to drag the game on for as long as possible, you could even make much longer games than this, but what is the point exactly?

Have you some proof it’s the longest?

It is 100% impossible to prove that this game is the longest on OGS since there are private games you don’t have access to.
I assume that it is theoretically possible to make up a game that will never end.
But as @gennan noticed: what is the point?

When white start to pass at around move 200, it can be a honest offer to count and finish the game.

But it’s not a game between DDK so I may suspect something else.

Especially because the boundaries are not finished. If black want to prove its win, he should simply finish them but he went another way to try to make his opponent resign. Or white can always hope to confuse the score calculator.

Ok so both agreed to waste their time, no big deal around here .

I have seen longer games. Usually people get themselves banned eventually when dragging out games like this.

Just for reference, longest pro games are just a bit above 400 moves, due to some lengthly ko fights.

I have seen longer games. Usually people get themselves banned eventually when dragging out games like this.

Yeah it also says it was a blitz game. I can’t imagine it’d much fun to pass 400 times while Black fills in everything. On the other hand, White should’ve just resigned either. From 196 White is passing, but does play two moves at 246 and 248, and another again at 260.

Unless it was by agreement to do it (which by the chat at move 240 saying resign, I guess not) maybe White was hoping Black would make a mistake or time out if it was Blitz? I mean Black can’t just pass at move 197 and has to seal boundaries in order to count, if White won’t resign. (Obv. calling a moderator would also be better)

I shoud’ve check who posted it

Welcome at OGS, hope you enjoy your stay here.

White didn’t have to play on and pass 200 times. Just resigning would have been the normal way. Black was more than 100 points ahead when White started that long string of resigning (edit: i meant passing instead of resigning)

Black’s placing stones in his own territory is weird. White’s persistent resigning too.

Usually people get themselves banned eventually when dragging out games like this.

This game’s end phase can be seen as a form of endgame trolling and thus reported to the moderators.

Trolling by Black, that is. White is doing nothing wrong here.

Well not sure on that, passing when boundaries are far from being finished while you are no more a beginner is weird too.

I am just a bit confused by @Atorrante post, in fact I dunno if white passed or resigned 100 times? Maybe it’s something we can not guess from the record (I didn’t think of resign offers)

Black was more than 100 points ahead when White started that long string of resigning (edit: i meant passing instead of resigning)
Hope you are not confused anymore. 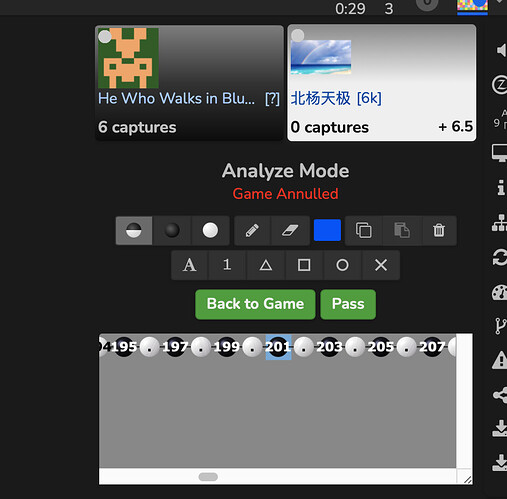 Every white stone with a black period in it is a pass.

Passing doesn’t have same meaning as resigning especially here but inadvertently you made an interesting point. Resigning offers may be recorded as pass afterall. Thanks for your clarification.

Coming back to the game if myself have an experienced player ask me to count a very unfinished and lost game I will consider it like an attempt to scratch a victory by a misuse of the OGS algorithm. But then (I hope) I won’t follow black subsequent choices. I would just finish the boundaries to not annoy moderators or… Annoy them lol.
One should keep his attitude right and even worse not come here to post that game.

I would just finish the boundaries to not annoy moderators or… Annoy them lol.

Finishing boundaries is fine, and even encouraged / recommended.
The problem here is playing on after the boundaries are finished.

So moderators won’t consider the cases like this with early pass from a player? Hum ok. Next time I think I lose I can just pass and let my opponent manage it?

Hm, I had another look at the game, and White does indeed pass too early, yeah…

Well that’s not to say I encourage black way later of course.