Hey guys, just wanted to know who else trained on here, i know me and cro train, and a few others. wondered if we had any more people who did. Note while I specify BJJ, you are also included if you train any sort of martial art or have before.

It really is a great group.

My brother and I both trained Judo for about a year when I was in high school. Haven’t done any martial training since then, but I enjoy watching documentary videos about BJJ and MMA.

I recently took up judo. Not full time as my BJJ gym only has one judo class per week, but it is a blast.

I trained a lot of McDojo stuff as a kid (effectively earning two black belts in Tang Soo Do before i was 18) then took a long break. about the time I was 36, I was looking for a physically rigorous activity to get into shape. I was about 100 pounds overweight.

A lot of the people in the podcasts I listen to had mentioned Brazilian Jiu Jitsu so I gave it a shot. I loved it. Loved it to the point that I became obsessed. I am 2.5 years in and have lost those hundred pounds (though, I have gained a few back during the quarantine).

My gym also has an MMA team, so I do some training in striking (hybrid western style boxing and Muay Thai), Judo, and wrestling takedowns. It’s so. much. fun. and one hell of a workout.

In addition, you couldn’t ask for a sweeter group of people. I am very fortunate and my gym has an excellent atmosphere. Very welcoming and accepting of all fitness and skill levels.

you couldn’t ask for a sweeter group of people

You mean apart from OGS, right?

Of course! I though that was a given

I started training after my dad discovered his heart was failing. Growing up I was always overweight, being nearly 500 pounds when i started BJJ. I was around 490lbs. since then ive lost over 130lbs, and discovered something I love and want to continue for the rest of my life. Having been doing it nearly three years, and having had my fair share of injuries (i think the more you weigh and are unfamiliar with even simple movement the more prone you are to injury) i have even sustained a permanent disfigurement of my right ring finger. I was training for a tournament, one the meant a lot to me, as i was coming out of an awful relationship, and i was working hard to prove to my self i had worth (long story) and i gripped a collar and got taken down. i went one way, my finger went the other. it broke in three at the joint. I competed with it broken, and i used that hand. at one point i used it to grip and it was probably the worst pain i had ever felt at that point. i ended up tying for silver after all that and got bronze because i lost my first match and won the next two while the guy with silver won once lost once won once. i then competed in no gi after and lost my last two fights. I went to the hospital after 5 weeks because my finger had not healed and discovered how badly damaged it was. i ended up having surgery and being out for nearly 6 months. almost every day at that time i was in class watching and learning, and after three months i put on a glove and trained. It was then i realized I love the sport, the process of learning, and realized how important it was to my life. Since then i have received my blue belt, and earned a lot of respect from people, (we went to a gym owned by our head coaches friend and training partner Travis Lutter, and i got to role with some awesome people and was complemented on my heart)
above all though, i have become a different and better person since i started training, and while I know there is a stigma attached to people who just got their blue belts (blue belt blues) and that some people consider it hard to believe a white or blue belt can truly make that commitment, i believe i have earned the right to say i will do bjj for the rest of my life.

this long winded exposition over, how did you guys get into martial arts? 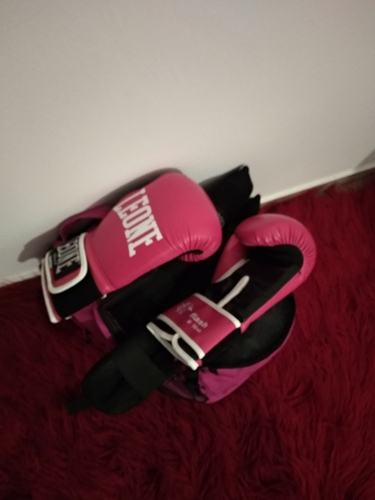 I can’t wait for the gyms to reopen. I’m jealous that @Dylanwarlo’s gym has resumed activity.

I started doing Tae Kwon Do when I was 22 years old, but only stayed with it for about one year. I was dealing with depressions at that time and just couldn’t practice anymore.

Life went on, I tried some other sports, although nothing really fit me (I’m just no sports person…). After our son was born, my husband and I talked about sports for children in general, and we agreed that martial arts are a great thing, because it makes you more confident, you learn a lot about your body - especially about coordination, you learn to be polite towards your “opponents” and to not just hit someone when you’re angry.

A few months ago then, I spot a rather unprofessional, but funny advertisement for a Karate club nearby. My son is still too young, but I was curious and looked at their website, and I liked their whole philosophy (very disability inclusive) so much that I wanted to join them immediately.

My trial lesson was in the week before lockdown, but I joined the club a few weeks later anyway and have since had weekly training sessions via Skype, which went surprisingly well.

After all these years, my body still remembers what I once learned! It feels great not having to start from zero.

The gym won’t open soon, but we will hopefully get timeslots on some sports field assigned to us by the city district, so we can have training outside (with distance, of course).

thats great to hear kaos that you got back into it, and yeah muscle memory is scary. caught a friend in a perfect scissor sweep monday that just had that snap to it. i was on top then the thought oh a scissor sweep would work here oh wait what ok, occured to me. and I am sorry to hear about your issues with depression as well, as something i have had to deal with for most of my life (im 22 now so not long life) i know it is so tough sometimes just to motivate yourself to stand up and move. i am glad things seem to be working out and look forward to hearing about your training in the future! Nice to meet you!

also gia why they gathering dust?! (nice to meet you too)

Gym (is it gym if it’s specifically for martial arts training? They do tae kwon do officially but have a casual kick-boxing class) is closed, measures have been strict here.

I’m fairly new to kick-boxing, but I miss training.

yeah it sucks to not train. i know our friends at lutters are doing kickboxing limited classes because they can drill with bags and such

any solo drills you can practice?

I’m too lazy for that, always has been.

hello all.
i do kendo and some traditional chinese martial art.
i thought most people here will say they do karate, with Go and the Japanese connection, but it seems BJJ is the dominant here.

thats very interesting to hear! i have never actually seen kendo or chinese martial arts training and would love to hear about the training, focuses, and things youve learned from it! I like to think that bjj being popular has to do with its effectiveness and in part it does, but it also presents alot of similar challenges to go its self. i feel like most of us who like go probably would enjoy martial arts. i also feel the prevalence of bjj in popular culture thanks to the gracie family and the mma world has led to it being a more easily accessible method of physical fitness and martial art training. but thats just a tangent xD

so tell me about kendo and the other traditional chinese martial arts andysif! i would love to learn about them!

in kendo basically you try to wack the other guy with a stick. both wear head and body gear. only certain targets can score you points, namely head, torso, forearm and throat thrust. you have to hit your target in accordance to certain requirement like intent, power, angle etc. to score a point. all in all, its quite enjoyable. you can do it like a contact sport (young adult) or you can train like zen (for older folks).

the chinese martial art is a long story. nowadays it’s more or less split into 2 classes: one of them is the modern wushu, promoted by the government. it is more like performing/gymnastic kind of thing. then there is the traditional style, that is supposed to be more “martial” but honestly speaking had not caught up with modern development.

I think of Go as a Mental Martial Art. Hence, we all practice MMA

That’s nice. And I’m using “nice” in the true sense of “foolish”.