Would someone who is good be able to mentor me to help me improve?

Welcome to OGS. Hope you enjoy your stay here.
Unfortunately I am not a good player and a professional bad influence, so I can’t be your mentor.

Welcome to the forum of OGS!

Could you link your profile on the main site here, that would make it easier to know a little bit more on you.

Welcome to OGS. I admire your perseverance in the face of so many losses. I looked at some of your games, and it seems that you need to work through one or more basic guides. Don’t be concerned if you find the information includes things you already know, as the repetition can be helpful.

If you click on the OGS logo on your game screen, the pull-down menu includes “Learn to play go.” If you have already done that tutorial, then click on Other Go Resources, near the bottom of the menu. A sub-head of that page is Learning Resources, under which you can click on “Interactive Tutorial for Beginners.”

After that, I suggest that you play 9x9 for awhile, watch some live OGS games to get a sense of what a typical game looks like, then play some 13x13, and when you feel comfortable, start playing 19x19.

Although people here might hesitate to become a “mentor,” many will give you teaching games and will review some of your games.

I didn’t check any of the games you played agsinst much stronger players (sdk,dan…) but i checked the last one you played with a 13k and that was interesting, as you had a better perception on what was going on. AI agreed too.

You miss still a lot of basic advices and yes a mentor, someone to help you is surely a great idea.

Now i do that very few, especially online as it takes much more time and less quality as in real life.

So at least keep playing if you have fun, and i hope you find someone to help.

I see that you are someone that tries to play non-handicap games against stronger players in order to improve and I like that style a lot. So, let’s take a game like and list some advice: 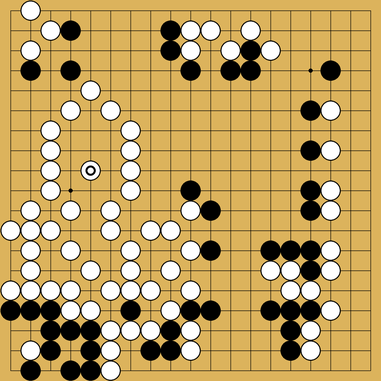 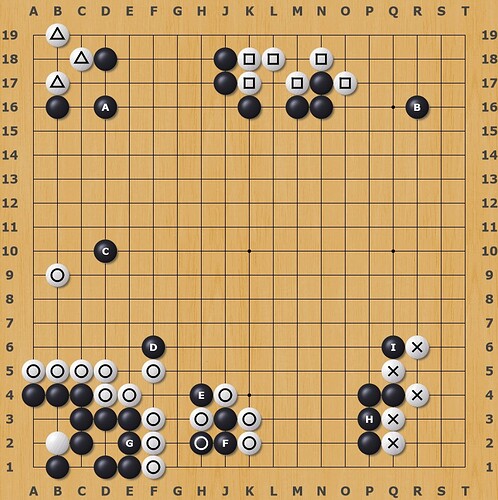 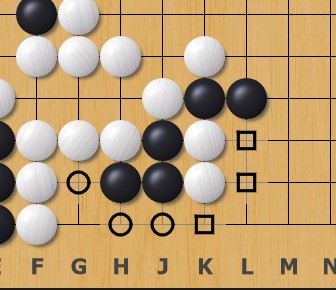 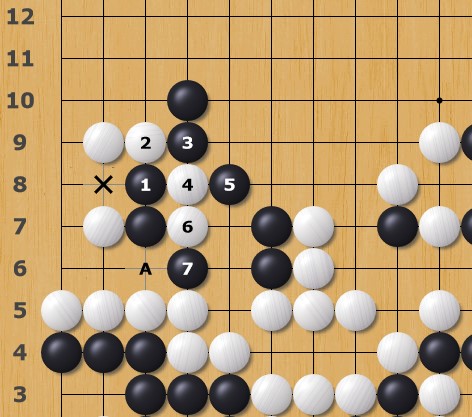 If the opponent plays the connection passively, you still win the local fight, just by implementing good shape: 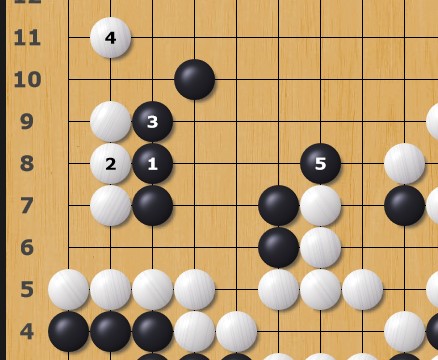 My suggestion:
Fixing all those things might seem daunting if you try to scoop information from around the internet. Therefore initially it might be a good idea to read some books that offer a cohesive example of the whole mindset behind good shape and a basic sense of direction of play.
a) If you want to spend some money, the best books I know that will get you to the door of SDK by reading them and casually studying them are the “Learn to Play Go” by Janice Kim. You can find them on Amazon. Yes, there are five volumes, yes it can be a bit expensive, but it has everything you need and presented in a great educational way.
b) If you do not want to spend money and you want something similar, you can try this beginner friendly book which is free to download. It is one volume and it is in no way as good as Janice Kim’s book, but it has more or less the same scope of content and it is more condenced and written with a beginner mindset.
c) Try watching some of the early Nick Sibicky videos for DDK players. His early teaching videos are great.
d) Keep having fun and challenging stronger players in fair game. It is the fastest way to improve, as far as I am concerned (that is what I did as well)

This is the most important advice. It is all about motivation. No fun, no motivation.
Should have been listed under a) imho

Should have been listed under a) imho

In a way it is, since that line is written at least five times inside the book at advice b) and many times in Janice Kim’s books, if I remember correctly.

I do not have the time to mentor you in person, but I’ve been working on a series of articles that tries to break down the various complex aspects of the 19x19 game in a way that helps beginners to understand the game. It’s a LOT of reading, but if you take the articles one at a time, and focus on those elements in your games, you can hopefully begin unlocking those abilities for yourself.

Part 5: The Stages of the Game