Recently I’ve been losing quite a few games by miscounting moves. But searching for “end game problems” usually just give me fancy tesuji riddles, not the boring “biggest point” practice.

So I need help looking for that kind of problems to practice. Does anyone know a good source?

In Tomoko Ogawa’s The Endgame the second chapter (p. 49-79) is devoted to counting during the endgame. 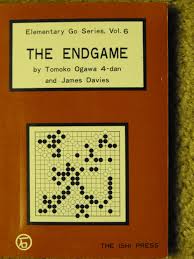 The books I have are both those volumes, the Endgame by Ogawa and Davies and Get strong at Endgame by Bozulich.

I could answer some questions about their contents etc.

If anyone has it or has any comments about it, it’d be something I’d be interested in

I have this book, feel free to ask me any questions about it.

Does it teach miai counting?

I think sensei’s library doesn’t explain miai counting very well, and if someone doesn’t say “this is miai counting explicitly” I don’t know how to recognise it.

I have this book, feel free to ask me any questions about it.

Have you read much of it, done much of the problems? Do you think it explains the ideas of counting better than other resources you may have read? Do you have the physical book or pdf, or do you think one version would be better than another to read? Is there anything you think is unique about it, the style or presentation or examples, or even if it’s humorous or something that makes it enjoyable or fun?

I should probably work through the books I have but still, after watching some of antti tormanens commentary’s I feel like he could be good at explaining things

Apologies for lots of questions

I think sensei’s library doesn’t explain miai counting very well, and if someone doesn’t say “this is miai counting explicitly” I don’t know how to recognise it.

Hence why I’d like if the book explains it better. I think I’m using miai counting correctly, but I certainly don’t grok it in the least.

certainly don’t grok it in the least.

Cool that you use the word grok which is a neologism coined by American writer Robert A. Heinlein for his 1961 science fiction novel Stranger in a Strange Land.

Grok /ˈɡrɒk/ is a neologism coined by American writer Robert A. Heinlein for his 1961 science fiction novel Stranger in a Strange Land. While the Oxford English Dictionary summarizes the meaning of grok as "to understand intuitively or by empathy, to establish rapport with" and "to empathize or communicate sympathetically (with); also, to experience enjoyment", Heinlein's concept is far more nuanced, with critic Istvan Csicsery-Ronay Jr. observing that "the book's major theme can be seen as Cr...

And the reference is intentional. (even if the linguistics is barely better than those showcased by Orwell in 1984)

How my endgame skill looks like according to KataGo… 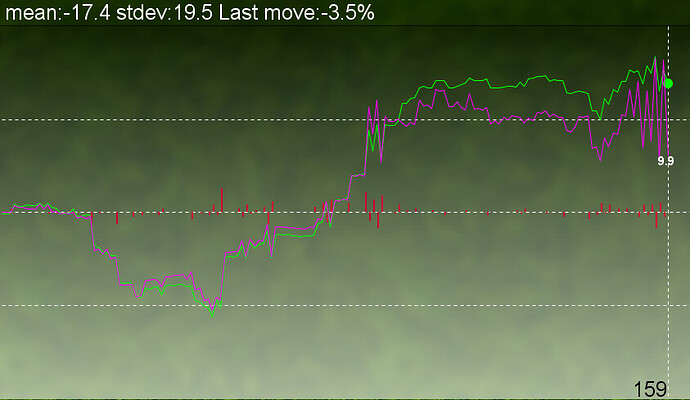 Have you read much of it, done much of the problems?

I’ve only skimmed through it, I’m afraid.

Do you think it explains the ideas of counting better than other resources you may have read?

I’ve never read another book on endgame, so I couldn’t compare.

Do you have the physical book or pdf

I’ll make a quick review of it for you now.

Maybe I can mimic the review of the other ones

I’ve also not finished the books I have

In modern Chinese and Japanese, this character represents ‘reason’, ‘logic’, and ‘rationality’. In Confucianism, the character also refers to the underlying reason and order of nature.

In the introduction, Antti first discusses

In the opening and the middle game it is difficult for humans to tell ‘right’ moves from ‘wrong’, which is why humans choose their moves by functionality … In the endgame, the four playing styles become equal: here it is possible to attach precise numerical values to every available move

He talks about the nuances of the terms shukyoku and yose, and then discusses the reasons for playing midgame moves without direct territorial benefit:

… during a game it often looks like neither player is concerned with territory … If the game is about territory, why do the players go to the extra trouble of fighting in the centre? … One may prefer to have one’s group flee rather than form two eyes … or, one may be looking to position one’s stones so that they can next launch an invasion … The game is always about territory, but, because stones can be captured by surrounding them, often the most direct way to surround territory is not the most efficient one.

Chapter 1, What is a Point? has some single- and double-corridor diagrams.and ends by putting the knowledge together to solve the Christmas Tree problem, which has six corridors.

Chapter 2, When Responding Does Not Incur a Loss is more corridor diagrams, this time featuring “trapped” friendly stones which the player can threaten to connect to.

Chapter 3, When Both Players’ Scores Change, deals with the first-line hane.

Chapter 4, How To Evaluate Ko Positions, obviously shows lots of ko diagrams. It also discusses step ko and approach ko, and introduces the concept of counting in point thirds.

Chapters 5 – 8 have a thick spread of various types of diagram illustrating sequences in the corner and on the sides. I couldn’t describe in more detail without properly reading the book.

Antti starts Appendix B: On the Rules of Go with a discussion of the origin of Go. The infixed citation is my own styling.

The game of Go was born over 2,500 years ago in China. The oldest remaining written reference of the game is a mention of a historical event in the Zuo Zhuan (左傳), or The Commentary of Zuo, which was written about 400 BCE [‘Go in the Classics (ii): the Tso-chuan’] … while it was essentially the same game as the go of today there were small differences in the rules used … a plausible hypothesis for the birth of go is that it developed from what it called the stone-capturing game – also known as ‘atari go’ in Western countries … as two players get better at the stone-capturing game … no stones get captured any more … How then should the winner be decided? Rather than call the game a tie, it seems more natural to have the player who has most stones on the board win.

He then explains group tax:

Since a player is uable to fill the last two empty spaces, or eyes, that a group surrounds, they did not originally count as points for the player … a player essentially had to pay two points for each separate group they had at the end.

And then addresses the spread of the game.

Probably sometime during the Tang dynasty (618–907 CE) knowledge of go spread from China to Japan … Subsequently the Japanese modified the rules of the game to their liking. Group tax and the old Chinese practise of starting the game from a preset position were abolished, and the requirement of the second player having to play the last stone was also lifted … While go was developed and became popular in Japan, it remained the same in China for a long time. Strong players were born both in Japan and China, but by the start of the 20th century the top Japanese players surpassed China’s. Having noticed that the Japanese had pulled ahead, the Chinese also subsequently changed their rules

The final topic of the book is AGA scoring, on which Antii has this to say:

As both the Japanese and Chinese rules have their merits and demerits, it should come as no surprise that there exist variants of go rules that attempt to combine their best elements. The AGA (American Go Association) rules are one such example … the AGA rules introduce the pass stone rule: when a player passes, they must yield one stone as a prisoner to their opponent. Now, if one player passes and gives the opponent a prisoner, and the opponent plays an unnecessary defending move inside their own territory, the final score remains unchanged … the pass stone can be considered a useful addition to prevent disputes in a tournament environment.

Apologies if I’ve quoted more heavily than is appropriate; I’m not sure of the proper balance.

It’s good to see that Antti dispels the persistent “Go is 4,000 years old” myth, by the way. I’m not sure how that idea caught on, but all serious publications seem to use 2,500 years as their lower estimate.

The earliest evidence of Go being the Zuo Zhuan as said, the provable age of the game is some 2,500 years less than backgammon but about 500 years more than mancala, and around a millennium more than chess-type games.