if go were baduk mainly, wouldn’t our lives be so much easier

If we’re going to advocate for using an Asian word for the game, wouldn’t it make more sense to go with weiqi rather than baduk considering the game was invented in China?

I would support either, honestly.

using an Asian word for the game

Go is already a loanword from the Japanese “igo” which can be shortened to “go” if context makes it clear. Japanese was a natural source since cultural exchange with Japan played a very large role in introducing and popularizing the game outside of East Asia.

many more options to mispronounce are offered by weiqi, compared to baduk.

Baduk could also be mispronounced. For a long time, I thought it was like “bah-duck”, but it turns out to be closer to “bah-duke”. Also, I think the “B” sound is somewhat like a “P” sound in Korean. Maybe the differences between the consonants are not quite the same as in English?

I suppose we could go with the original name 弈 (yì), but that seems weird since it’s not used in China

碁 is only used in Japanese, it seems

Interestingly enough, 碁 is another of the ancient Chinese names of Go. It has fallen out of usage though, which makes it even more interesting that it’s still used in Japan

Go is already a loanword from the Japanese “igo”

I was indeed aware of this and would have preferred it to have remained igo rather than being changed into the English word go. Go seems like such an odd name for the game at least with igo you can differentiate it from a random English word.

No one is annoyed by anything else Go-related?..

No one is annoyed by anything else Go-related?

Sure, I can appreciate the beauty of the simplicity mixed with complexity, but it’s just a game. I find the reverence with which a lot of players view it laughable.

As I recall, another version of the Batman meme features the following exchange:

But…I took a point away from my opponent.
It was aji keshi!

I don’t know about that but isn’t Go how China does all its warfare?

If I mentioned my mild annoyance, I would probably be annoyed by the responses. No thanks.

I always thought the English name for the game should be called “Life”, 'cause that’s what it’s kinda about.

This is a minor annoyance about how Go is depicted in manga / anime.

You know how they show someone is about to lay down a stone and their body is surrounded by this glowing fire like they’re planning some kind of Dragonball Z HADOUKEN / Divine Move / shoot a flaming fireball or something: 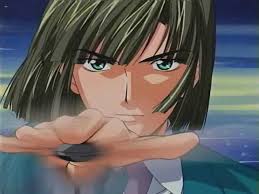 And then they place their stone down on a star point to begin the game.

I mean, I get it - it’s a well-worn trope, and it’s hard to communicate the intensity of playing Go in a visual medium, but it still bugs me every time.

their body is surrounded by this glowing fire

Doesn’t this happen for you?

Still works for me when I’m playing seriously. Especially in real life.

well then, @tonybe you’re going to love this

legitimately one of my favourite Go videos

Kosh - do you do that thing where stick out your hand, holding your stone up at eye level, and stare menacingly at your opponent like “This hoshi is going to $%#& you UP!!!”

Because that would be boss, yo