In AI Analysis, sometime there is missing sequence number move. Why is that? am i missing someting? 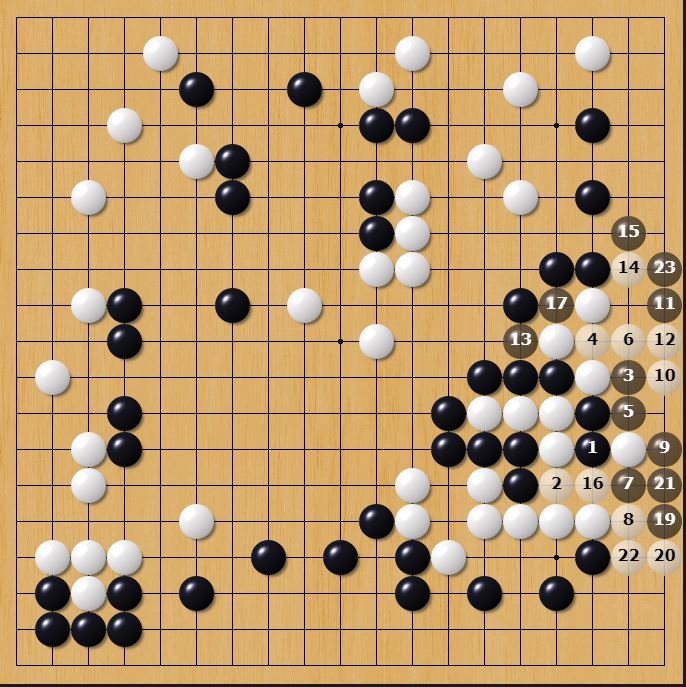 Sometimes it wants a pass instead. No clue why though.

sorry, but how do you know?

Really? it means there is Bug on the AI?

I don’t know. I was confused for a while and one day I decided to pass then. I don’t know why one would pass then, but it kept the numbers there instead of removing the numbers if I had played a stone another place. I would have to dig up the game, but I have seen that before in one of my games.

I have used ogs ai many times and I haven’t run into any missing moves so far. So, when I don’t see a move, I automatically assume it’s a throw-in in atari (and/or ko) that’s captured. Then I play the ai sequence by clicking the ghost stones and look for a tiger-mouth shape, because that’s where a throw-in is possible. In your game, that was the only possible spot for a throw-in. If you can’t pinpoint exactly where the throw-in/capture was, you can click around in the area to see if you hit the right spot; when you do, ai will again show the continuation.

you are right, big thanks to you

I’ve actually complained about this several times, and attempted suggesting fixes - as I find it very confusing to follow ai sequences when they show the later moves on top of earlier moves.

I would prefer if it showed the earlier move in a sequence until that stone is taken off of the board.

Even sillier is the fact that the earlier number shows back up later on in the sequence.

Got the Point, i agree with that, i’m just hoping OGS will Develop more and more. and i Believe That