I’ve been in kyus for a while. Here’s my last effort to get stronger.

The idea is simple: play bunch of games, learn something from them, play another and so on. For each bunch I’ll think of a theme or a style to play them.

At first I thought to play 100 games per bunch but looks like it’s way too much, so let’s say 50. Also I restrict rank for my challenges to play roughly equal (3k+) or stronger opponents. Enough of “teaching” games.

First bunch is evaluatory. I play my most usual moves. So here’s the results. 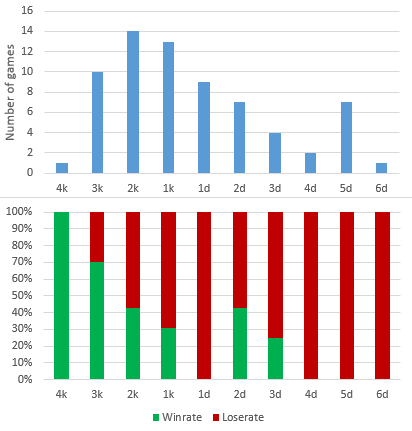 So I’m 2k through and through. Sometimes it’s possible to snipe 2d because they don’t take game seriously enough but 1ds are way too careful.

When it comes to actual games I think I’m struggling with early fighting. People who fight early on or when I try to make the first crosscut, it always backfires on me. If I survive long enough to understand what I need to fight for in the game I fight better, and often turn the game around in late middlegame or even endgame.

To combat this weakness in the next bunch I’ll try to stay out of my comfort zone and play fuseki that encourages fighting and doesn’t have usual joseki, namely, black hole! So 50 black hole games await me. Let’s see if my winrates go down or not.

What would you suggest my style be in the next after next series of games? I’m low on ideas here, so suggestions are appreciated.

6 Likes
How to tell whether a long winning streak represents real improvement or luck/other reasons?
AlexSmiles May 11, 2019, 1:36pm #2

No but seriously, I’d like to see how this develops. Keep us informed! I might suggest avoiding fighting style fuseki like black hole and just play very lightly on the board, inviting an attack (that isn’t automatically disadvantageous to you).

The last reply to this topic was 61 days ago .

But I’m back from playing black hole! Finally, 50 games of black hole are over. It got a bit tedious and hard at the end. 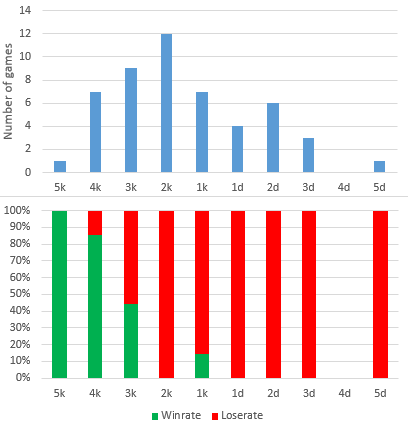 So I’m maybe around 3k which means I lost 1 stone from playing black hole. But these results are a bit misleading. It’s hard for opponents to handle fuseki like this completely seriously, and it’s almost a matter of whether opponent would fall for a trick or not. And no one 2k or stronger falls for it. It made me read though so kind of fulfilled its purpose. 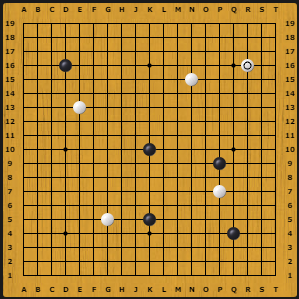 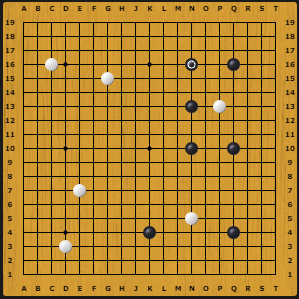 But honestly, stuff like this is so hard to play.