My OTHER favourite game: Snooker

Can’t say which I love more. Snooker is a type of billiards invented by British army officers in India in the late 1800s. I used to watch it on TV with my family ever since I was a kid.

In comparison to pool (since that’s the most well-known type of billiards), the game is played on a bigger table with smaller balls and rounder pockets, all of which contribute to make snooker more difficult to play from the get-go. The game is also much more tactical. You alternate between potting red balls and “coloured” (non-red) balls (but just as in pool, the only ball you ever strike with your cue is the white “cue” ball). The fifteen red balls are worth one point each, whereas the “colours” are worth two to seven points (from yellow to black) and are replaced onto their spots after they are potted until no more reds are on the table.

Any other fans here?

I’ve never played it, but I love watching it on TV - even though the rules can be a bit confusing for the un-initiated.

Never played, but this is fascinating game to watch, way better than the stupid golf 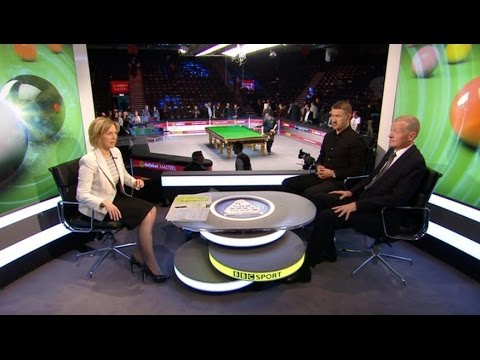 I used to spend a lot of time watching and playing snooker and going to see the finals at the crucible when I had the chance. It’s a great game!