My rating is showing wrong

My rate is showing way too high. I was told to create a new profile. How do I do that?

You do not yet have any rating at all as you have never played a ranked game. Creating a new account will give you the exact same situation you already are in. Your current rating is ? once you play 5 ranked games the system will have a rough idea of what your true rank is. Right now it is just defaulted to “average” and waiting to see whether it needs to go up or down based on your performance.

I think that’s probably a legitimate display bug, right? Because it does show [?] further down in his game history… 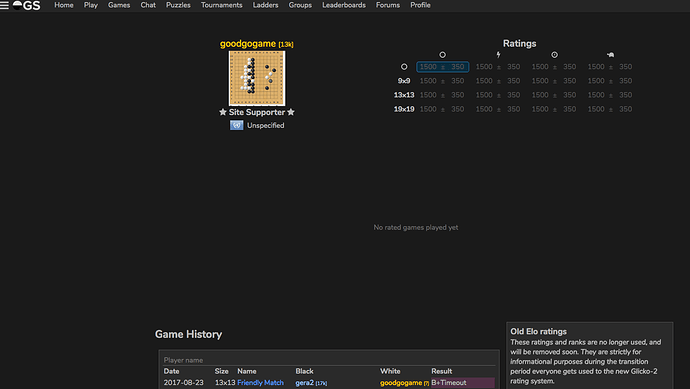 My understanding was that they intentionally left that as a rank so that as a player plays their first 5 ranked games they can see their rank change progressively rather than going from a ? to a number with no understanding of how the system came to that number.

Wouldn’t it just be better to either show [?] - correctly indicating we have no idea - or actually ask people when they sign on, like we used to and all other places do?

Either way, given that OP said “My rating is wrong” and “I was told to create a new profile” I was explaining that, in fact, his rating is not wrong and that this is how new profiles appear.

Whether or not this was an intentional UI choice by the devs or one instance of the ? not being inserted, by my reading, is not the relevant query of OP.

I think you’re right to point out that creating a new profile won’t help - I didn’t mean to contradict you.

However, in the text the OP said “my rating is showing wrong”, and whether or not he understood the reason, I agree with him

It is showing wrong, and it has the appearance, to me, of a display bug.

If it is intentional, I would like to respectfully suggest it’s a misfeature, for the exact reason we see here: why would we say someone is a specific rank, when we know for sure that we have no idea what rank they are? It’s very confusing.

Perhaps @anoek can shed some light on whether unranked players are supposed to have their “uncertain rank” displayed on their profile page.

My rating is shown as 13k. When I used to play in a club my rating used to be 4k. Highest rating I ever had was 1k. I havn’t played in a club for several years and I think my rating therefore has degraded. I really think my rating nowadays is about 8k. That is also consistent with the result i get when I play with rated players outside of on-line go. I havn’t played any rated games here yet and I don’t really feel like playing as 13k. Is there any way I can get my rating adjusted?

Play some ranked games against 10ks. If you are 8k you will win and very quickly be 8k here.

Ignore the “13k” where it shows that. Since you haven’t played any ranked games, your rank is actually [?].

IMO, the display of “13k” in this case is a bug, and in any case it doesn’t matter much.

Two tips for anyone new and unhappy with the starting rank:

i understand that the system treats new accounts as 13k with high uncertainty allowing a quick rank adjustment, but displaying this clearly causes some confusion. going back to a system where a player gets (visibly) ranked only after 5 games seems a good idea.