Nakamura Sumire 2dan defeated Kazuko Konishi 8dan in the first round of the Women’s Ritsuoi Cup to advance to the semifinals, and she is 2 wins away from the challenge. According to the Nihon Ki-in, at the age of 12 years and 1 month, she is the youngest person ever to reach the top 4 in an official tournament. This is much younger than Ryo Ichiriki’s age of 15 years and 0 months (in the 2012 Rookie of the Year Tournament). 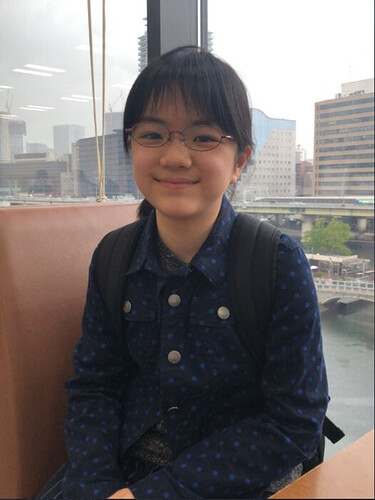 Do you guys know about L19’s Sumire thread?

I don’t have the mental capacity right now to follow L19 and here (actually I’m barely even active here now…) But I’m glad she has other fans, it has been nice watching her grow. I admire her tenacity.

I thought I saw @S_Alexander post a Japanese video about it, but I don’t see it in Go videos.

Also, according to this L19 thread, she played against Iyama in a freshly-created blitz tournament called the New Ryusei, but it seems like no kifu will ever be published since it was an exclusive event for premium subscribers to the Igo / Shogi Channel.

In April, the AGA published two articles about Sumire:

Thanks for linking, great reads

Sumire was featured in another AGA article on May 2, Woman power hits Japanese go. 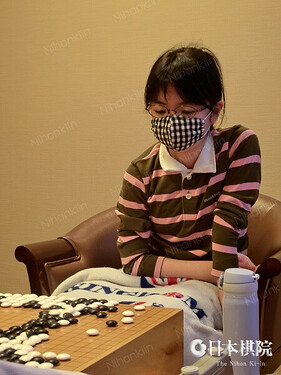 And also in Sumire’s progress, March 5

I found an even earlier one as well, from August 27.

It was against Kim Cheayoung 6p, in the Wu Qingyuan Cup. … W+1.5. This is Sumire’s first international official win 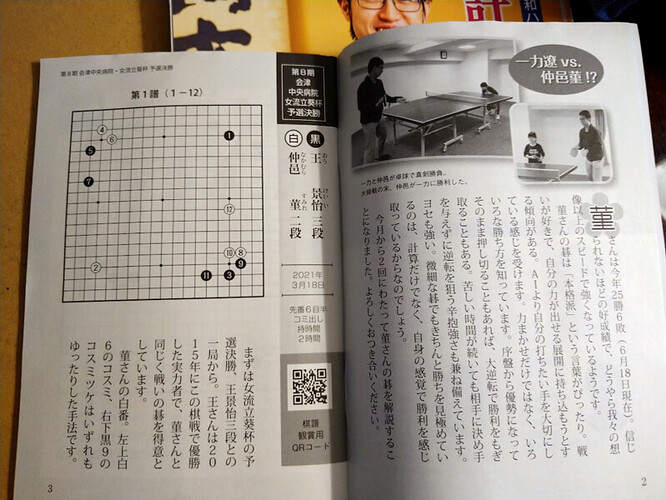 from the L19 thread, Sumire playing ping pong against Ichiriki (the magazine is Go World)

Even more interesting, she won according to the caption:

I’ll translate the rest of the article later, seems like a good exercise

Sumire has won 25 times and lost 6 times this year (as of presently, June 18). These are results so good that they are hard to believe, and it appears she is still growing stronger with a speed that defies our imagination.
Sumire’s Go is best described as “orthodox” / “authentic” [not sure which, but those are quite synonymous words in English]. She likes fighting, and also has a tendency to bring the game to a point where her own strength can come out. One gets the feeling that she finds it important to play her own moves, rather than AI moves. She doesn’t only rely on strength, but knows various ways to win. She dominates from the beginning, or else she pushes through and snatches away a victory in a big reversal. She both pushes through in difficult situations, and has the patience to aim at reversing the game without giving the opponent the chance to decide the game. [that was a hard sentence to translate]
She is good at yose as well. Making sure to neatly win even the most delicate Go [games?], it feels like her victories are won not only with calculation, but by her own intuition.