My biggest gripe in the first poll is that ENGLAND… is not the UK. The UK, is made up of four indavidual countries. England, Scotland, Ireland and Wales.

And for the record, as a Welsh man, because im from Wales, we absolutelly hate being lumped in with the damn English XD.

I find it interesting that Spain is apparently considered to be more prominent than both Germany and Russia.

The whole southern hemisphere (except Antarctica lol) doesn’t exist there.

What else would you expect if the West is in the east, and the Far East is the next you find if you fly west?

It has to be really confusing.

PS.: Australia, I got a new bOokshelf, offer is on gumtree.

This subject is a minefield with lots of potential for upsetting people and for inaccuracies. I should point out that Ireland is a republic and has not been part of the UK for about 100 years. However, the six counties known as Northern Ireland in the north of the island of Ireland is, along with Great Britain, part of The United Kingdom.

How did you collect this data? How many total users were in this survey?

Is it possible to report the percentages?

So first players don’t care to play under a flag (1) and even more don’t want , see pirates (9)
Then their is a large majority of what I would call “western” countries including Russia which is not surprising. The nice surprise is Thailand (6) and it is great that at least one of the Asian go country made it to the top ten (Japan 10)

It’s hard to make any firm conclusions from @S_Alexander’s list, without knowing the relative size of each group.

We can see that Germany ranks below Russia, but by how much? Is it only 5% less or 5 times less?
Are there almost the same number of “Pirates” as Japanese players? Or are they wildly different?
How quickly does the sizes of these groups drop-off as you move down the list?

Based on a suggestion from @S_Alexander (and recommendation from @Starline), I added a visitor counter to my profile page that tracks the country of origin of the people viewing my profile. However, I think some ad blockers might block that visitor counter from working.

If you want to add yourself to those statistics, please view my profile page here:

Welcome to my profile page!!! Please enjoy this music for setting the ambiance UNDER CONSTRUCTION By the way, I made BesoGo

And if you are just interested in the currrent statistics, see here:
http://s05.flagcounter.com/countries/q8o9/

Nice. Does your flagcounter count pirates, unspecified and these other flags too?

I did not build the flag counter. It’s just an external tool offered as a free service.

It does not look at the reported nationality on the person’s profile, but instead just tracks their origin from their IP address (I think). Thus, things like VPN would confuse the statistics, and people reporting “Pirate” or other things would still be counted according to just whatever their IP address suggests.

My own flag is not my nationality, it’s a place I like. I do use vpn sometimes too so that’s going to confuse a external flagcounter.
And everyone can do what he wants with that flag they put so yes somehow the significance of all these statistics are pretty low. Asking for numbers won’t make it better it’s still completely meaningless.
How many did put a Japanese flag because they want to express some feeling toward a culture? How many didn’t put their own country because they hate it these days! We can say everything and nothing it’s all a joke.

We can say everything and nothing it’s all a joke.

But jokes can be fun!

I was born and live in England but wouldn’t call myself English for example.

I would call myself English (not that I don’t use British as a self-description as well).

Ireland is a republic and has not been part of the UK for about 100 years.

What you mention is the nation-state called Éire or Poblacht na hÉireann, aka the Republic of Ireland.

Which is not to say that the republic doesn’t call itself just Ireland in many contexts… as you said, it’s a complex situation. 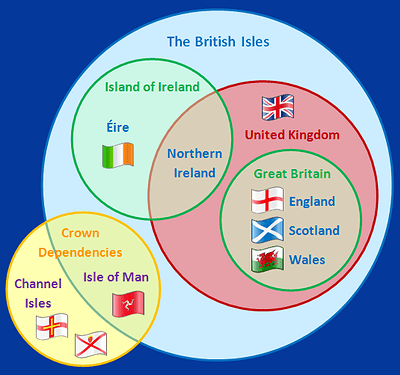 So if I was born in Kiev, Ukraine (was part of the USSR when I was born in 1971) is that part of Asia or Europe on your poll? Also - how did Africa and Australia get left off the list?

methinks you didn’t think this through too well before posting your poll :\

Kiev is unambiguously in Europe even though the USSR had Asian territory, no?

So I think one would say Europe.