I know I’ve read about a former Nintendo president who supposedly used to play go with underlings as a way to evaluate them, but I can’t find this information again. I’ve googled and found references to an earlier president (Hiroshi Yamauchi) that seem like the kind of guy that could have done that, but no references to this actual practice. Can anyone else recall having read about this? Would really like some more details.

I would also be very interested in information about anyone else doing something similar, it’s really the practice I’m interested in (as anecdotes for an article).

Not sure it is what you are looking for, but on the off chance…

Guess what (a formerly famous game company) Atari is named after 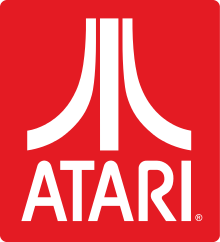 Atari SA (/æˈtɑːri/) is a French corporate and brand name owned by several entities since its inception in 1972, currently by Atari Interactive, a subsidiary of the French publisher Atari, SA. The original Atari, Inc., founded in Sunnyvale, California in 1972 by Nolan Bushnell and Ted Dabney, was a pioneer in arcade games, home video game consoles, and home computers. The company's products, such as Pong and the Atari 2600, helped define the electronic entertainment industry from the 197 In 19...

I recalled that Bushnell does play go, and Wikipedia confirms that: “…the game Go (which Bushnell has called his ‘favorite game of all time’…” (https://en.wikipedia.org/wiki/Nolan_Bushnell).