Not a regular anymore .... at my own request

Some time ago (July 2020) I was promoted to a regular (trust level 3).
I didn’t feel comfortable with becoming a regular, but never knew why.

When @Kosh (with all good intentions I am sure) posted an invitation for a special tournament exclusively for regulars, I realised that I had become a member of an exclusive elite with all kind of secret lodges. Do realise that I didn’t ask to become a regular. So I declined the invitation to this party.

In my honest opinion OGS should be an open community and not one with secret lodges for subgroups. The regulars even have a secret garden club. Why? I can’t think of any reason why.
Another example of this secrecy.

I am not against the trust level as such, but against the in my opinion undesirable consequence: the secret lodges. Also, I am a bit disappointed that the OGS community allows this.

So I asked to be stripped of my regular-privileges. This is not a club I want to be a member of. 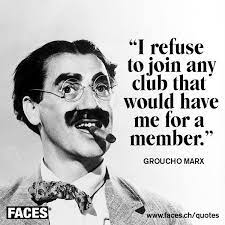 By the way in some aspects I am still a regular.

So the demotion procedure did miss some points.

I think you’re blowing this way out of proportion and making problems where there are none. Some people manage to make an issue out of literally nothing…

The badge will disappear automatically sometime tonight, since discourse only checks once per day if a user is regular or not.

I think he’s being ironic? Maybe partially not, but exaggerating for the sake of comedy and the point?

I think you’re blowing this way out of proportion and making problems where there are none. Some people manage to make an issue out of literally nothing…

Didn’t feel so to me, but feel free to have a different opinion.

I think he’s being ironic? Maybe partially not, but exaggerating for the sake of comedy and the point?

No, not ironic.
Sometimes I am serious.

In that case I agree with Vsotvep; I don’t think it’s a problem to have exclusive circles. I think when we elevate those circles to goals in and of themselves, they become unfulfilling, but when they are the natural reward of good actions, in this case contributing to the forum, it is then that they, though and because not sought, become fulfilling of themselves.

You’re literally making a separate topic to complain about somebody making a tournament for people who are regularly on the forum… It’s nothing special, just a tournament with some weird rules for fun, with a select group of invitees (which is quite normal, not every tournament is an open tournament).

And the whole “Secret” thing is a tongue-in-cheek joke, but I’m not sure if it landed…

What about the closed groups on the main site? Those aren’t open either, is that also a problem? And again, being a regular is not a closed group: simply be active on the forum for 50 days and you’ll be granted access automatically.

@Kosh (with all good intentions I am sure)

It is not about the person, but about the undesirable consequence …
Don’t put words in my mouth.

Yes, but what undesirable consequence? How does any of this hurt anybody, anywhere?

My philosophy on this:

I do understand @Atorrante’s point somewhat. But in this case, it’s not hard to become a “Regular”, so I feel it is not really elitist. You only need to have some commitment to interacting in these forums and then after a while you automatically become a Regular.

Yes true - it’s not like anyone is excluded. If you want in, you can.

Though for those curious but not in - it’s largely nonsense chat in there. Cat pictures, and the like. Not something worth putting effort in to get into…

And yet the value lies not in the paucal reward itself, but rather the proof of belonging which it represents.

Personally, I think private groups and spaces do no harm and actually enhance the community, simply for the fact that affording a degree of privacy can enhance and open up certain forms of interaction.

Consider that on the main site, various private groups and members-only/invite-only tournaments/ladders exist as well. In some cases, these are formed by schools or go teachers, in order to keep such activity private and exclusive to their pupils.

On the forums, the “lounge” and “regular” status exists as a default feature of Discourse, but in reality, it is not really secret nor particularly exclusive (anyone can join just by wasting spending enough time here).

A benefit of the non-public spaces is that posts there are not swept up by search engines, data collectors, and advertising algorithms. I think this modicum of privacy also allows people feel a bit more at ease about making more personal posts that they would not feel as comfortable with about exposing to the entire public internet.

I think you are taking a lot of sarcasm too seriously. All of this business about calling things “secret” is really just poking fun at the concept of a special club for the most active people on a go forum, which, by the way, is exactly as cool and powerful as that sounds.

However, if you no longer want to be part of our world domination conspiracy, we understand and wish you well. Just please don’t get in our way

Just please don’t get in our way

I think you are taking a lot of sarcasm too seriously.

Well, I am like that. Too old to change that.
Thanks.

Next time I leave a group, I will open a topic too to tell everyone they are so bad there. They write topic just for themselves, can’t you imagine??? They organize tournament but it’s really incredible it’s tournament… Just for themselves!!!
So bad folks.

The regulars even have a secret garden club. Why? I can’t think of any reason why.

The regular badge is a pretty nifty feature of discourse to grant more rights to poeple who are obviously interested and involved in the community. That way they can help keep the forums clean and organized.

We have a relatively small and quite polite community, so it may not be that appareant, but even so it ca sometimes be a surprisingly big help.

The way I see it - the lounge access is basically a symbolic thanks and recognition for helping out in this way. There are no hidden benefits or anything like that, just a chance to maybe have a more private conversation with the people you hang out with and trust. Having those people review and improve some sort of a guide or list, can actually be great help as it gives the poster more confidence and the post can get ironed out before presenting it to a public.

It’s fair that you do not like it, but at the same time if other people do, let them have their fun… I can’t think of a reason why not, as far as I can see, they are not planning anything evil in there

@atorrante
I understand your point, but the real justification for regular status is the whole trust-level concept. @AdamR has said what I intended to say, but let’s see if I can put a finer point to it. Functions like rename and recategorize are valuable to the community, and having regulars do them eases the workload for the mod team. However, these are things that new users and especially trolls should not be trusted to do. Hence the existence of trust-level 3. Few, if any, trolls have ever reached this level, as far as I know. We do have persistent trolls, but they persist through the repeated creation of alt accounts, which typically don’t last long enough to reach regular status.

Human beings naturally romanticize exclusive status of any kind, good or bad, regardless of the positive or negative qualities associated with that status. Some previous posts have pointed out positive qualities of regular status (such as the perceived “safer” atmosphere) and you have pointed out some of the unpleasant qualities. Such is life. But these things are ancillary to the purpose of trust-level 3.

Edit: once again, the system failed to identify that this was a specific reply, so I have added that at the beginning.

Wait until you hear about moderators and their secret places.