I just started participating in 2 tournaments and now OGS tells me “You’re not allowed to access this game” all the time - even when I just click on “Lobby” or something like that.

What’s going on there?

Me too, but seems to be intermittent

Sorry folks, I’m seeing that too, I know what’s going on, working on a fix (it wont’ be quite so quick though, need to shuffle some data around). It should be stabalized now though and probably not cause any more problems in the near future, you got these during some updates when things were getting bogged down a bit.

Just for purpose of illustration 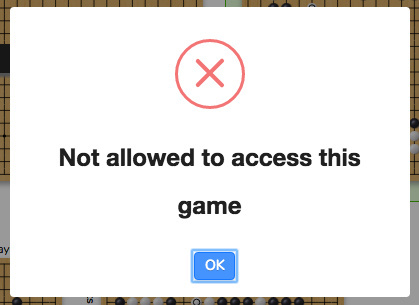 This phenomenon seems to have gone away, and now the games on the “Home” page load insanely fast … wow!

Hi, I only just joined and are trying to play a computer game and I am receiving the same message above, can you help I want to play my first game

Summoning @anoek, one of our two coding demigods.

I just want to know what is this? 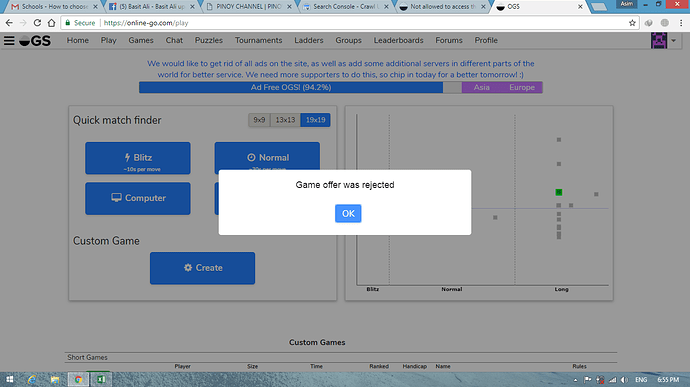 I can not join any game.

Any game? Or game against a computer (bot).

Most of the bots have some criteria for accepting a game (i.e. particular rank, board size, or time settings). You can usually find those in bot’s profile.