Not being given the chance to accept score

Today was the second or third time that I’ve seen this. I pass on a game but never get a chance to accept the score. In today’s case I had clearly won but my opponent accepted the badly suggested score where he won. I never got a chance to approve this score. It seems like there is a bug somewhere.

I’m sorry this happened. It’s a bit strange against human opponents, you should have the possibility to refuse what your opponent proposes. However, in such cases click on “call a moderator” in the menu on the right, please, we can annul the game (if it was ranked)

Thanks. That’s exactly what I did. In this case it was tournament game. I don’t know whether it is ranked or not.

It is. Can you link the game here?
A moderator is able to annul the result when justified (but can’t reverse it, sorry)

I believe _Sofiam annulled it already. 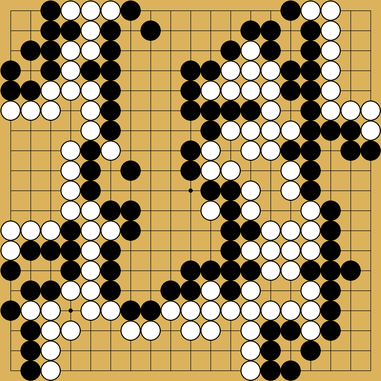 Thanks for your help. It unfortunate that you can’t fix tournament outcomes. I think that I would have won all of my matches this round if not for this.

It unfortunate that you can’t fix tournament outcomes.

I can’t (I’m not a tournament moderator) but, as I’ve already told you, I’ve asked other people to do it and I’m almost sure they will, don’t worry

only the score will change though, graphically you will still see a defeat.
Congratulations for winning all your games!

I’ve asked other people to do it and I’m almost sure they will, don’t worry

only the score will change though, graphically you will still see a defeat.

This appears to be a case of the known autoscore bug, characterized by unmarked, totally enclosed territory. It has been around since late summer of 2020. It used to be very common, but was greatly reduced by the most recent autoscore update. However, occasional instances of that bug still occur. I’ve seen two or three other examples since the update.

Kind of similar case the next day? 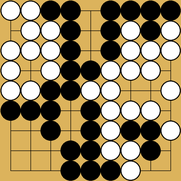 No, it looks like Black marked his dead stones alive.