Each stone is worth more on an exponential basis, while handicaps are linear. A nine stone handicap worth 10-11 levels rather than nine.

I can empathize with the feeling … however, our feelings can sometimes betray us 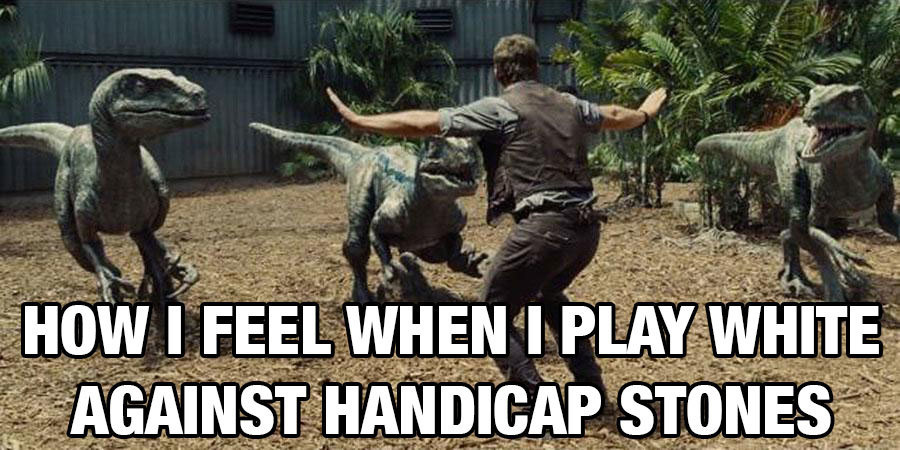 (Note: this is for the beginning of the game. Usually, after a while, playing W, I can relax a bit as B makes mistakes which are worse than W’s mistakes, and as W secures life and gains territory and influence.)

IIRC it’s only among pros that rank difference is not necessarly equal the number of handi stones, but I’m not sure about that.
</edit>

<edit 2>
So, rank is actually a function of how many stones W can give to B with a result of roughly 50% wins and 50% losses. If the wins rise to a certain percentage over 50% —> W gives one more stone to the same B player = W one rank stronger (assuming that the B player also plays other players and thus has a stable rank).
</edit 2>

<edit 3>
So, in consequence, we can be sure—in a club or community or on a server, large enough that the ranks of its members are reliable (within this community/server, of course)—that if we meet a player two ranks higher than us, it is appropriate to take two stones so that the chances of losing/winning are roughly 50%.
</edit 3>

It was just something I noticed while playing against 10k with HCP but never mind then.